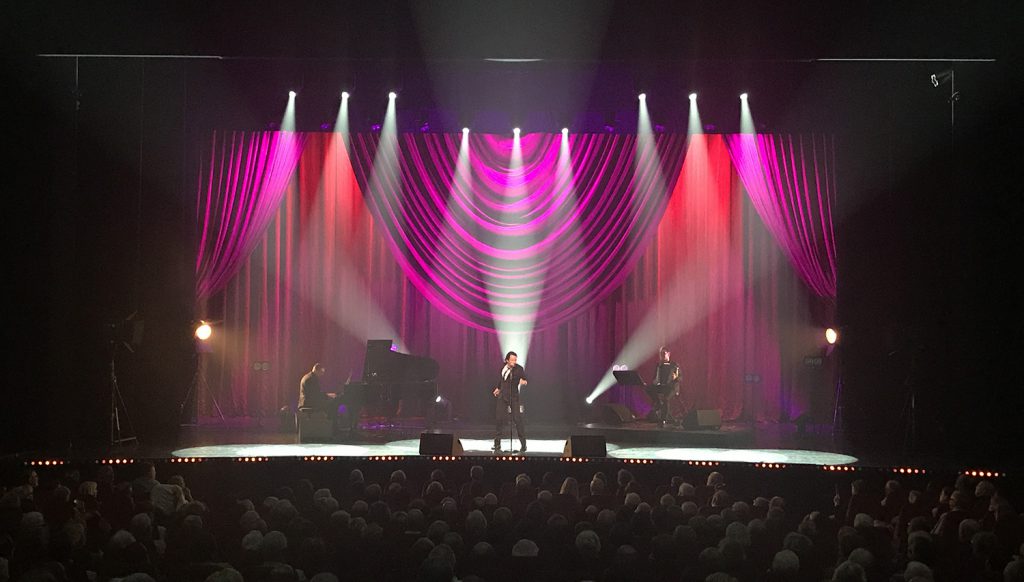 OSTEND, BELGIUM – Although Jacques Brel recorded most of his songs in French, thanks to his fearless and brutally poetic musings on love, death and desperate emotion, Belgium’s most famous singer-songwriter succeeded in generating a devout following among English-speaking songwriters and performers like Scott Walker and David Bowie. Now, even 40 years after his death, Brel’s timeless sound is energized with a raw sense of yearning that resonates with 21st century ears. This captivating blend of classic and contemporary is evident in the new musical La Vie Est Brel, both in its songs and in the powerful lighting design that supports them.

Created by Revolution Event Support nv., the design relied on the intense output and versatile performance features of 12 CHAUVET Professional Maverick MK2 Spot fixtures. “The general idea of our lighting concept was retro, going back in time to the period Brel was performing his shows in the 1960s and 1970s,” said Revolution Event Support’s Bart Faut.“ As a result, the look of the stage retained a classic and minimal feel, with a lot of classic visual elements such as warm white lighting required to create the appropriate atmosphere within the auditorium in Ostend.”

Hung on downstage and midstage truss as well as stage left and stage right booms, the 440W moving fixtures created a bright classic concert look on stage. However, given that the fixtures are relatively compact LED units, they were able to deliver faster and more varied looks than would have been possible a generation or two ago. The wide zoom range and smooth 16-bit dimming made it easier to change coverage areas to provide visual variation during the show. These features also were helpful in focusing attention on individual performers like vocalist Olivier Laurent, who sang against the backdrop of a sumptuous old-school red velvet curtain.

“The Maverick Spots were the ideal tools to create the retro atmosphere,” said Faut. “We wanted to keep the feeling like it was 40 years ago, as famous Brel songs like Quand on n’a que l’amour and Au suivant were performed.

“We received a lot of great feedback on how the show looked. Our lighting worked with the music to call forth some beautiful memories for the sold-out audience.” 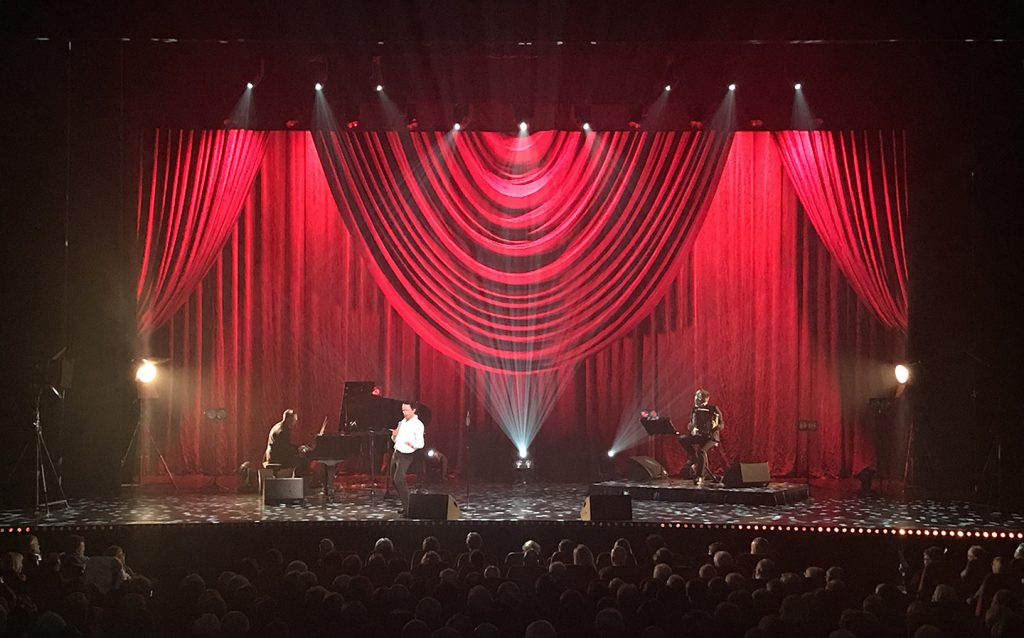