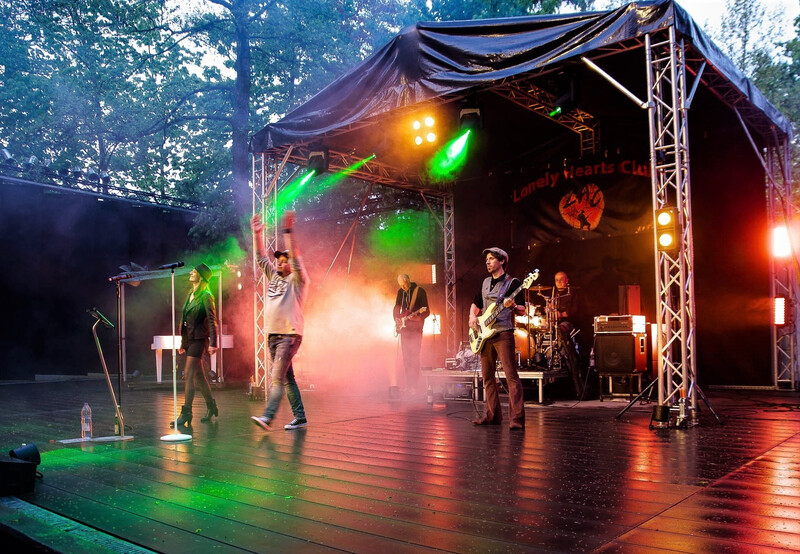 COESFELD, GERMANY – The popular cover band Lonely Hearts Club isn’t likely to achieve the fame of the British quartet that inspired their name. But the six musicians from Gescher were greeted with a level of enthusiasm worthy of the Beatles or any superstar when they appeared on the open-air stage at Freilichtbühne Coesfeld at 5 pm on Saturday May 15.

For the 160 entertainment-starved fans in attendance, the band’s show, represented a small, hopeful step back to enjoying live performances as COVID-19 lockdown rules begin to ease with safety protocols still in place. Part of a regional test to demonstrate how outdoor events could be conducted safely, the concert ended at 9 pm, so people could return home in time to comply with Germany’s 10 pm curfew.

The early closing time made sense from a health and safety standpoint, but it nevertheless posed special challenges for André Entrup and his team when lighting the concert, given that the sun didn’t set at the concert site until 9:19pm, almost 20 minutes after the show concluded.

“We had to create an engaging lighting show during daylight,” said Entrup, the technical director of Freilichtbühne Coesfeld. “Aside from having to account for the COVID related protocols, our biggest challenge was lighting the open air stage with all the sunlight outside. The stage was under a truss roof. In addition to accounting for the ambient light, we had to deal with mixed weather, as we had a short but intense rain shower during the show.” 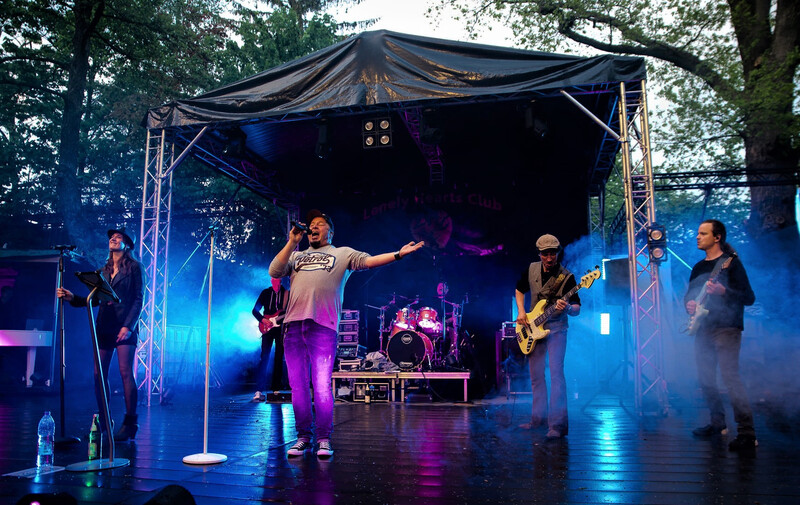 Helping Entrup meet these challenges was a collection of CHAUVET Professional Maverick, STRIKE, COLORado and Ovation fixtures. “The bright output of our rig was essential in helping us create vivid looks despite the sunlight,” said Entrup. “We played the light from our fixtures off against the output of our Amhaze fogger to make it standout even more.”

Entrup also relied on the versatility of his rig to create varied looks during the four hour show. As an example, he points to the role of his 20 Ovation F-915FC units. “The Fresnels, hang under the roofed auditorium all year round,” he said. “They offer the possibility to light up the stage in a classic way, but also to immerse the complete basic lighting in color at the push of a button.”

For effects, Entrup crisscrossed the stage with colorful beams and patterns from the four Maverick Storm 1 Spot fixtures, he positioned to the left and right of the drum riser. Hung on downstage truss, the STRIKE blinders defied sunlight to bathe the audience in an intense glow. Adding rich colors to the show were four COLORado Q40 rectangular wash lights arranged across the stage deck. The diverse, fast-moving show was controlled by ArtNet and DMX via a ChamSys MagicQ MQ50 console.

“The feedback on the show was completely positive,” said Entrup. “We followed strict safety protocols and admission controls. Everyone attending had to show a negative test result. All fans were understanding.”

Those fans were richly rewarded for their patience too. Lonely Hearts Club gave a spirited performance as they romped through memorable hits of the 1960s and 70s. Chances are it wasn’t the biggest show that those fans had ever seen, but it was likely among the most memorable; a concert they will one day tell their grandchildren about, one that reminded all in attendance that live entertainment in Germany will emerge from this long, cold lockdown. 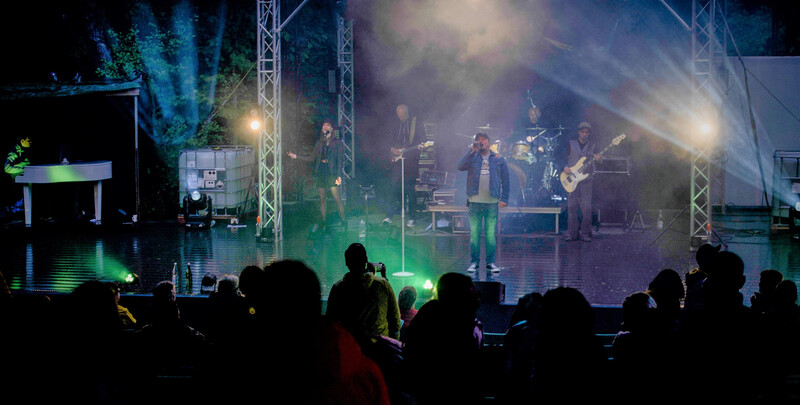