IEPER, BELGIUM – Hardcore metal can blend harmoniously with green thinking. A case in point is the Ieper Hardcore Fest, Europe’s largest death metal and hardcore punk festival, which attracts fans with a hard stomping lineup that includes the likes of Jello Biafra, UK Subs and Atari Teenage Riot, while at the same time leaving a gentle footprint on the environment. In recognition of its efforts, the festival has won the “Groenevent Award 2015” for greenest festival in Flanders and the “Groene Pluim” award of Ieper.

“When it comes to lighting the Ieper Hardcore Fest, we’re faced with a pretty impossible task each year,” commented Coppenolle, who has been the festival’s lighting designer since 2012. “Of course, being the most prestigious hardcore festival in Europe, we want to create the best experience possible for the fans. At the same time, however, we need to be conscious about energy draw. The Chauvet fixtures allow us to tick all boxes without any compromises.”

Coppenolle used 6 x Maverick MK2 Spots on his rig for the festival’s main stage, and 6 x Spots on the indoor stage, positioning the fixtures on overhead truss. With its 440 W LED engine, two 6-position rotating slot and lock gobo wheels, multiple colours and a 3-facet prism, the Maverick fixtures allowed Coppenolle to create a seemingly endless variety of big looks from a relatively small number of fixtures, which enhanced the energy efficiency of his rig. 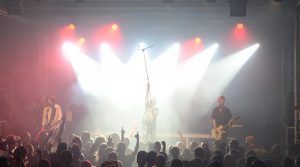 “The Mavericks were instrumental in enabling me to create big festival looks with huge stage presence,” commented Coppenolle. “While we have all the benefits of the LED light source such as low power consumption, the output is ridiculously good — certainly more powerful than most non LED fixtures I’ve worked with in the last couple of years.”

Given that many bands on the outdoor stage were playing during daylight hours, it was imperative that the spot fixture of choice be bright enough to contend with the Belgium summer sun. “The Maverick Spots were so bright, we didn’t have any issue with the daylight interfering with the atmosphere at the festival,” continued Coppenolle. “The Mavericks simply shone through; such is the brightness of the fixture!”

Thanks to the Maverick MK 2 Spot’s versatile range of features and generous zoom effects, Coppenolle was able to provide a wide range of looks for both stages, in addition to concentrated spot lighting across the entire stage area.

The Rogue R2 Wash fixtures were specified by Coppenolle in order to award the indoor stage with lush wash lighting to provide atmosphere to the whole experience, all the while not detracting from the main performances. 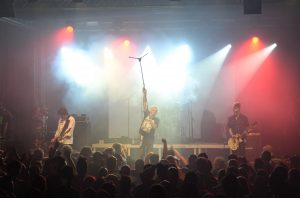 “The warm RGBW colours of the LEDs enabled me to spread saturated tones over both stages,” commented Coppenolle. “A lot of the visiting bands requested to be doused in red wash light, so the reds of the Rogues got a lot of special attention over the weekend, and we had great feedback from the bands and audience alike.”

The R2 washes also gave Coppenolle a toolbox of tricks to play with to keep things visually fresh and interesting. “The R2s are able to draw both a wide wash and a narrower beam, which gives me plenty to play with,” added Coppenolle. “Combined with the punch of the Maverick MK2 Spots, the stages looked full and the performances looked powerful.

Perhaps it’s the fantastic array of bands on display, or perhaps it’s the green ethos is running through every element of the festival – from the biodegradable food packaging to the on-site water treatment solutions – this festival is a one of a kind.

“The festival is growing year on year, and I’m so happy to have been able to shape its growth,” concluded Coppenolle, who also praised the contribution of Technical and Power Supervisor, Dries Degryse for his work at the festival. “With the complete lighting rig from CHAUVET Professional, not only are our green credentials more than supported, we’ve managed to create incredibly powerful looks. Who said we needed to compromise?!” 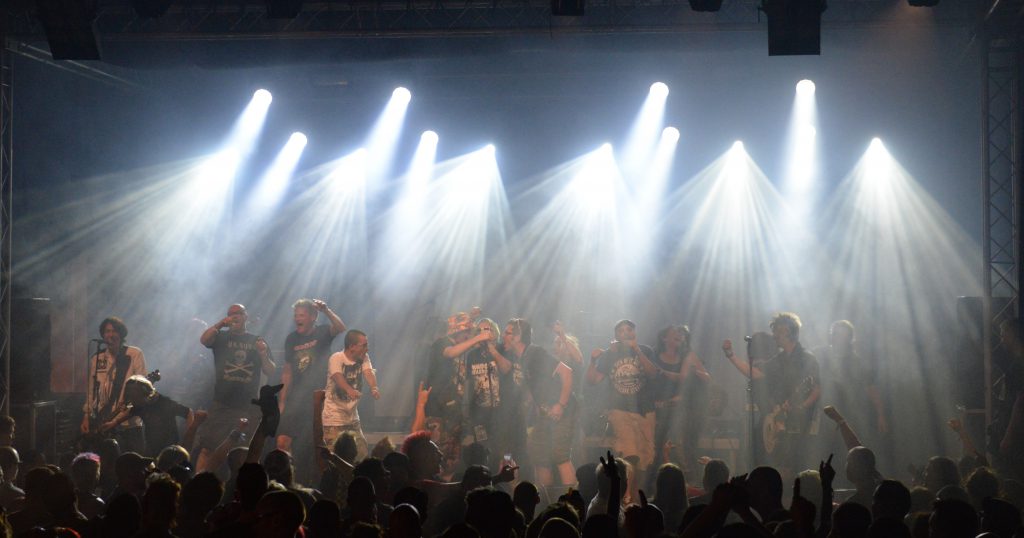 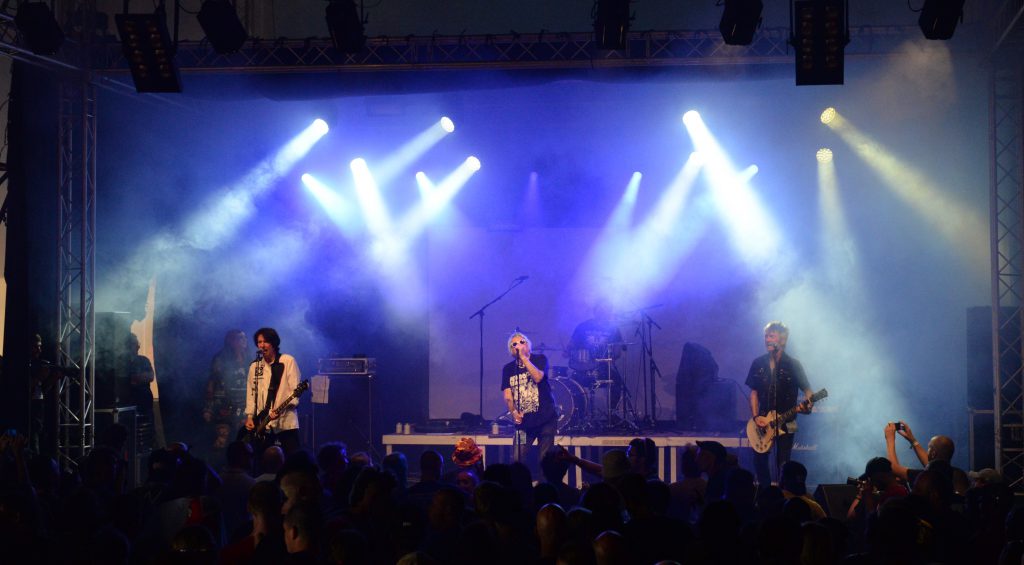