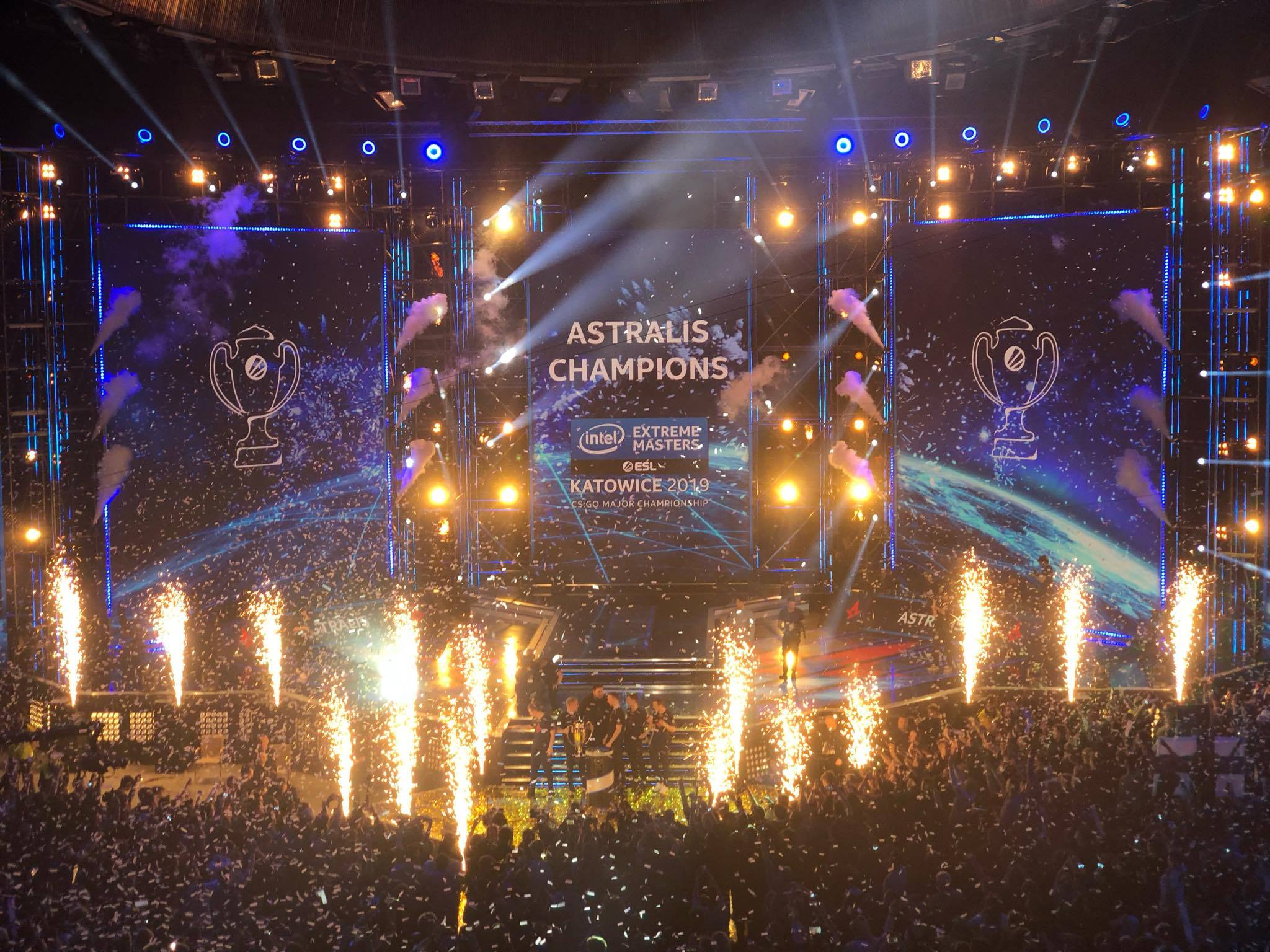 KATOWICE, Poland – Once a year, gamers from around the globe descend upon the Polish city Katowice for the world’s largest gaming event: the Intel Extreme Masters. This year’s event – the 14th in the series – saw 24 of the world’s best gaming teams compete to Counter-Strike: Global Offensive in front of a live audience for the $1 million USD prize.

Having supported the event with elaborate visual production since 2015, Polish production studio Aram was brought on board to design and execute a stage that reflected the event’s growing stature among the global online gaming community. Central to Aram’s overall visual concept were 16 CHAUVET Professional STRIKE 1 fixtures.

Whereas competitors in previous years were positioned against each other on stage in a parallel formation, Rafal Mrzyglocki and his team at Aram elected to design a V-formation this year. The resulting metallic super structure, complete with central LED wall, created a greater sense of spectacle for the audience.

“We decided early on during pre-production that we wanted to integrate our lighting concept within the V-shaped stage structure to give the stage visual cohesion,” commented Mrzyglocki. “The STRIKEs were the perfect choice for this because of their versatility and compact footprint.”

Thanks to the STRIKE 1’s multifaceted toolbox of effects, including blinder, strobe and wash, Mrzyglocki was able to craft a number of intense effects utilizing the fixture’s 230W warm white LED source.

“The spirited nature of Counter Strike lent itself well to the blinding and strobe effects of the STRIKEs,” continued Mrzyglocki. “In addition to the energetic visual bursts in support of the dynamic gaming action, we were able to use the STRIKE’s intensely bright wash effects to signal visual breaks within the gaming action.”

Mrzyglocki and his team were also able to utilize the warm white tungsten glow and tungsten emulating red shift of the STRIKE 1 fixtures to complement the somewhat industrial design of the stage with a classic warm feel.

“We’ve used the STRIKE 1’s unique tungsten feel on several events. They award any stage with that classic stadium rock look, and here was no exception,” said Mrzyglocki. “The result was a heightened level of warmth and industrial feel within the lofty heights of the International Conference Centre, something which we felt really added to the Counter Strike visual aesthetic.”