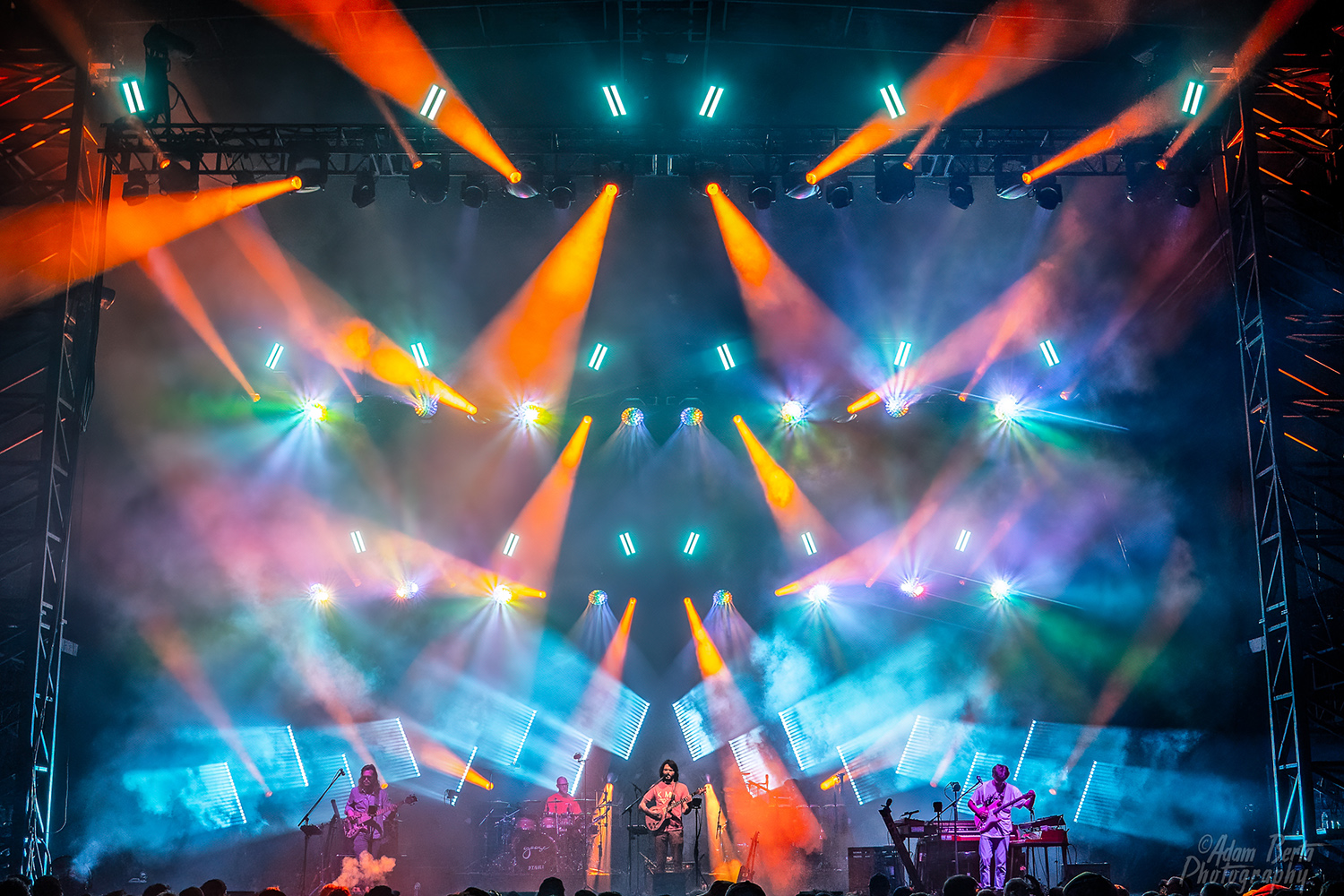 NEW YORK – Lately, Andrew Goedde has sometimes found himself feeling like a kid in a candy store.  The lighting designer for Goose since 2018, he  has been creating a procession of deeply evocative looks for the quintet from Connecticut as they’ve played live music venues and festivals.

Life was good, but this year it got even better, as the much-in-demand uber-talented indie grove band got booked at bigger, more notable venues like Red Rocks and Radio City Music Hall, as well as major festivals in the US and Europe. For Goedde, his client’s blossoming career has opened a  new world of opportunities.  Not only is he touring with a larger rig that features one of the industry’s hottest fixtures, the CHAUVET Professional Color STRIKE M, which was supplied by Main Light, he’s also collaborating with one of its leading designer/programmers Tony Caporale.

“For the first time ever with Goose, we have the luxury of having the same tour design for almost all venues,” said Goedde, owner of Indianapolis-based Goedde Sound & Light. “It’s really cool to have the same consistent design and fixtures for every show this tour. As for festivals, we are able to bring in our tour ground package for most of them.”

Having this level of consistency in his rig has made it possible for Goedde to take a different approach to lighting his client’s shows.  “Given that we always have this rig, or most of it, with us, we can get really deep on cue stacking songs,” he said. “This is also a first for Goose, as our shows have been 100-percent punted in the past.” 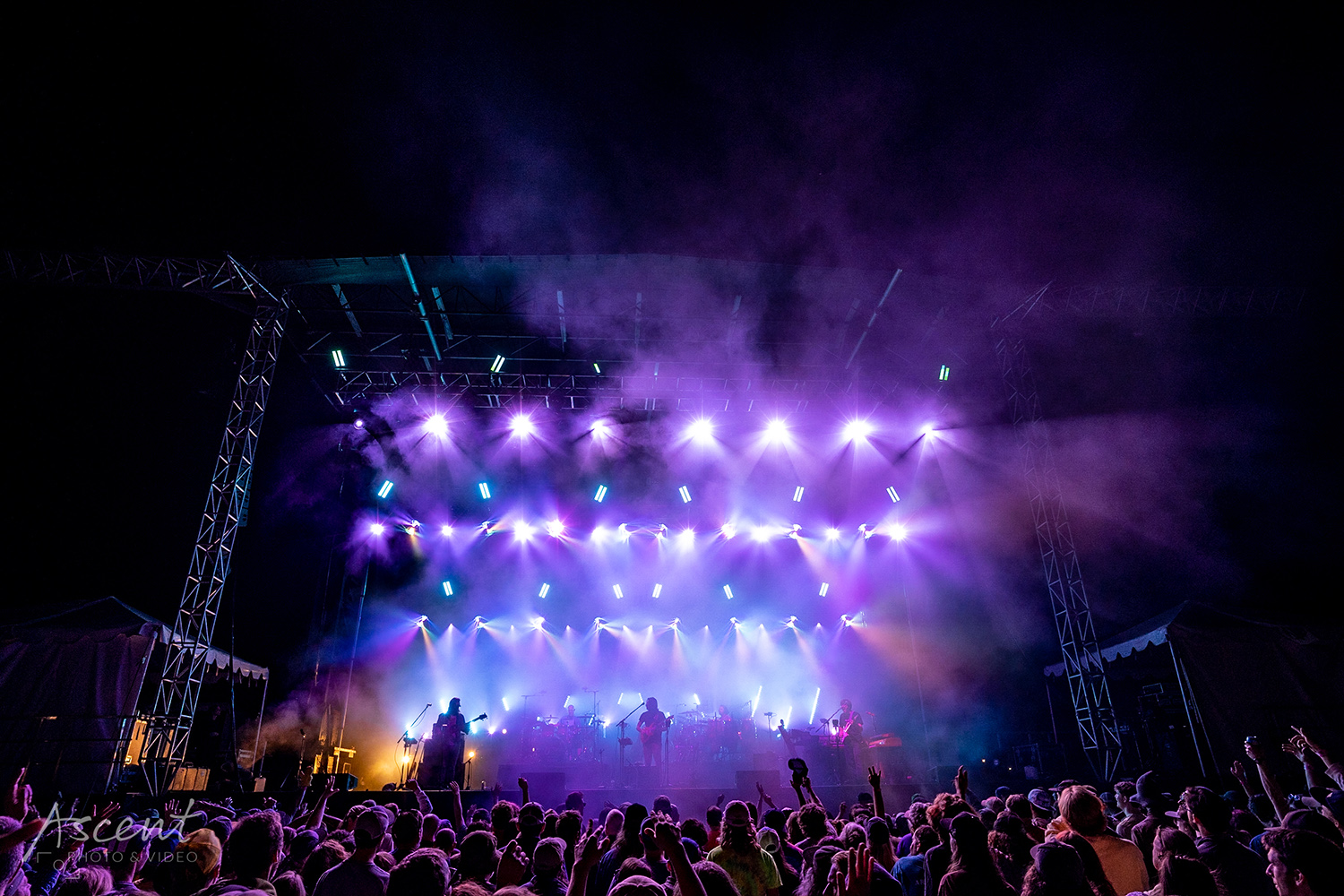 There are 16 cue stacked songs on the band’s summer 2022 tour, while the rest of the show is still punted “jam band style.” This change in the composition of his Goose show, led Goedde to Caporale, the widely known and respected LD who has proven his chops programming shows for major tours.

“I reached out to Tony because I wanted to integrate more structure on the lighting for the composed parts of the songs,” explained Goedde. “I haven’t had much experience with the cue-to-cue style of lighting, so I wanted to bring in someone who could help make my Goose punt show file into more of a hybrid file that would allow cue stacking and punting.”

As part of the collaboration, Caporale has programmed song macros in the tour’s show file, so when Goose starts a song Goedde can jump to that page and have everything cued out, Once the band segues into an improv section, he jumps back into his punt pages.

“Typically, I will program certain follow/BPM sequences to keep the tempo of a particular song so Andrew can run with more intricate parts of the music,” said Caporale. “Andrew and I wanted to develop a hybrid style of show file. We basically started dialing in the newer songs from Goose’s most recent album and worked backwards from there. The idea is to be able to make customized looks and details for the core components of the songs such as verse, chorus, bridge, and solos. Then, when the band heads into a jam, Andrew busks, drawing on a plethora of various looks when they extend the music. We have a very balanced show file. There is definitely no timecode in this show which is a nice change for me. It’s been a great experience.” 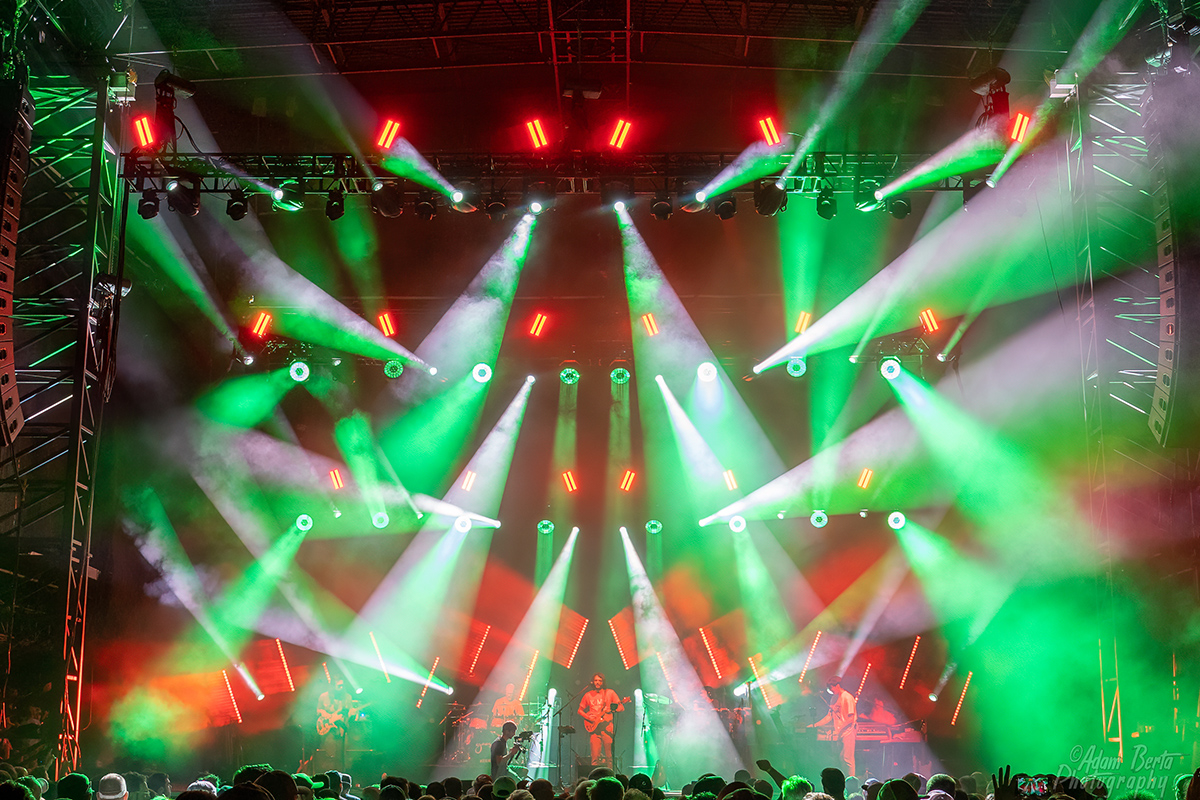 Goedde shares this enthusiasm for the collaboration. “Writing cues with Tony has been very inspiring because his vision for how a song should be lit up is very different from mine and I love having the different styles come together. Working with Danny McDonald our tour tech has also been great. A lot of the stuff that I have been working on over the last few years with Goose is still there  but they’re evolving and now they involve more exciting new lighting tools!”

Prominently featured among those new tools are the rig’s 18 Color STRIKE M motorized strobe/washes. Mounted vertically at a 20ﹾ angle on upstage, midstage, and downstage truss in equal numbers, the high output fixtures are used to create a wide array of free-flowing colorful effects and intense audience lighting.

“The Color STRIKE Ms give us a lot of options,” said Goedde. “We use them in 96 channel mode and create some great, unique looks when we pixel map the face of them; then at selected moments, we’ll hit the crowd with cool white light from their LED tubes.  They’re as bright as it gets.”

Caporale adds that the Color STRIKE M units can deliver such distinctive looks that sometimes they become the rig’s only light source. “There are cool moments when we are using just the Strike M’s, whether it’s for a blinder look, or for the pixley goodness we can also get out of them,” he said. “They’re definitely the kind of fixture you can use in  a multitude of ways.”

However, any fixture, regardless of how potent and flexible it may be, still must depend on a skilled design to be effective. When that design is the result of a team effort, collaboration is the key — and that makes Goedde and Caporale feel good about this tour.

“I think our communication and trust has been a very big factor in the success of this show,” said Caporale. “It takes years to develop that with some collaborators; so I’m proud to say that given what we’ve done in such a short time working together, we are off to one hell of a start!” 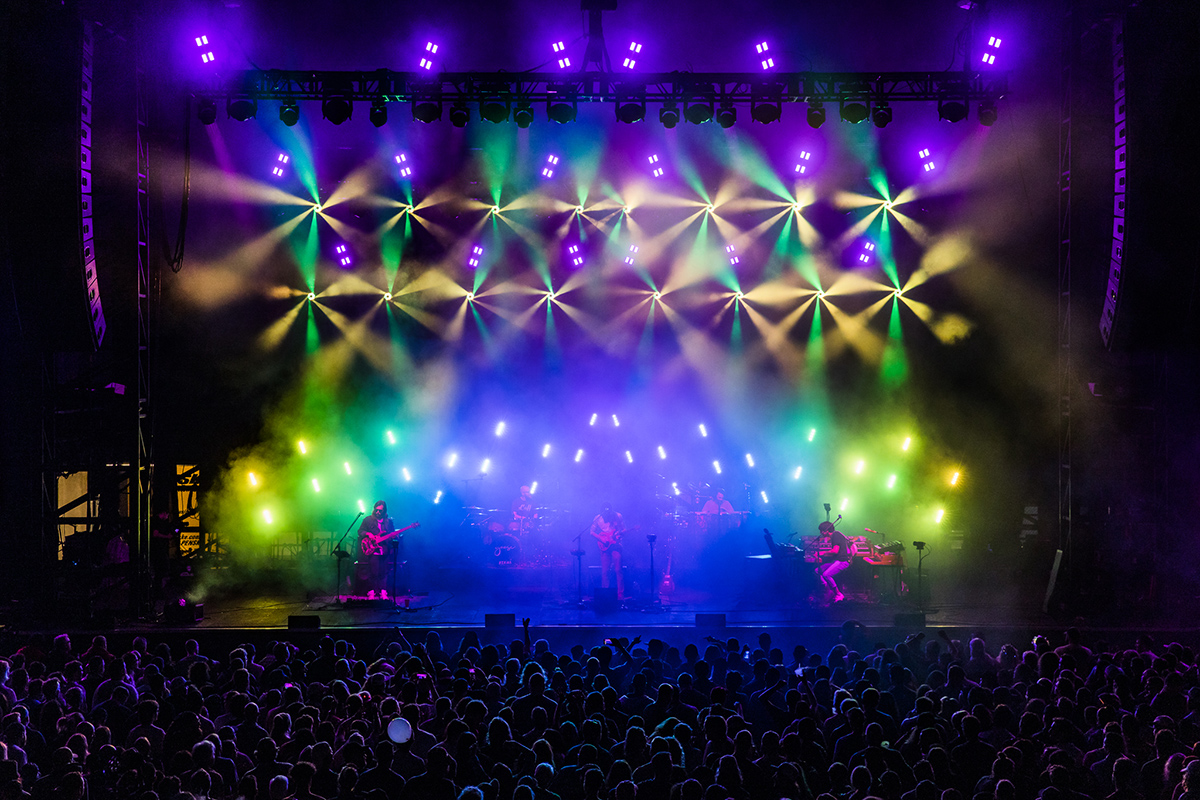