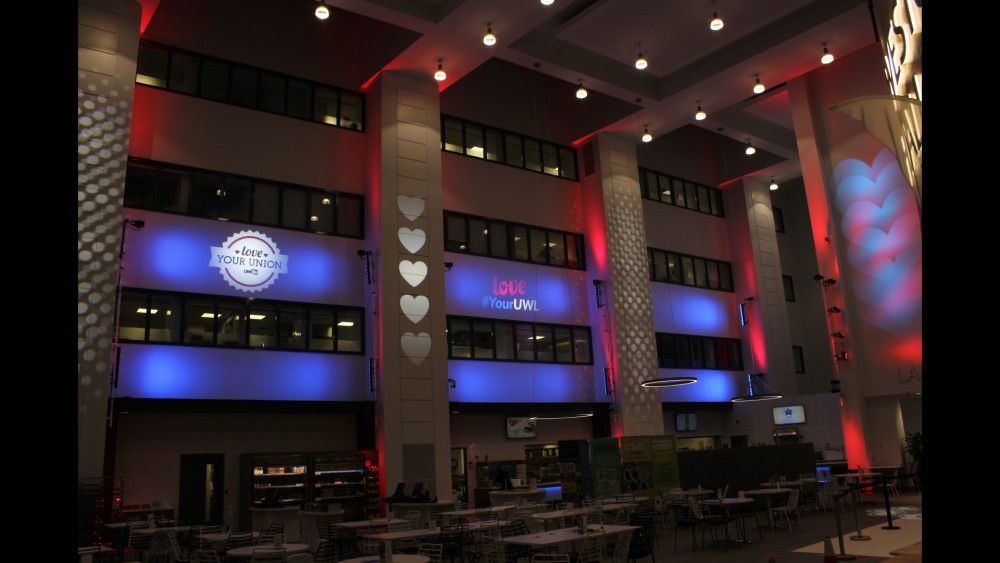 LONDON – Any school that counts Freddie Mercury, Peter Townshend and Ronnie Wood among its former students is clearly a fertile incubator of creativity. This imaginative spirit was on full display recently at the University of West London, where all three of the rock legends studied in the 1960s.  The Student Union at the acclaimed art university, which traces its roots back to 1860, has been boosting school spirit with a lively “Love Your Union” campaign that features colorful outdoor gobo displays rendered by a collection of CHAUVET Professional fixtures.

At the “heart” of the celebratory promotion was a giant heart measuring 50m x 16m, displayed 12 hours a day over a three-week period on the side of a five-story building. The Rogue RH1 Hybrids were evenly positioned on truss lining the wall of “The Heart” space, which cast light onto the building’s façade. “The large façade required fixtures capable of filling space with a high intensity of light,” commented Paul Tilbrook, Events and Hire Manager at Kave Theatre Services. “As the brightness of the Rogue fixtures are very intense, they managed to cover the building spectacularly.” 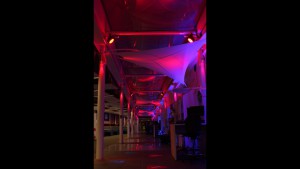 Kave Theatre Services had custom “love your uni” gobos made for use with four of the Rogue fixtures that illuminated the side of the building. Another three Rogues utilised the eight-facet prism to spread the “love your uni” gobo on the path outside the building where students are to be normally found walking between lectures. A single custom heart gobo using the five-facet linear prism was also employed here, using the deep blue from the Rogue’s color wheel to create an effective line of overlapping hearts adorning one of the main walls.

“Thanks to the zoom function, we were able to create extremely tight beams of light for our custom gobo projections,” commented Tilbrook. “The linear prism feature, which we utilised for the heart projections on the façade, is one of my favorite features of the Rogue. I’ve employed the standout effect many times on theatrical and live shows, and it was only natural to implement it here.”

The Par-Quad 18 fixtures fulfilled a dual role in the installation. While some were positioned in “the Heart” space to provide upright lighting on the sides of the pillars, some were also placed in the corridor underneath the canvas, where a heavy frost gel was employed to give wide-angle colored beams spread over the fabric.

“Taking advantage of the 7-watt LEDs of the Par-Quads, these fabric sails really glowed, making for a stunning spectacle in the corridor,” commented Tilbrook. “I was surprised at how much output I could get from the fixtures in both red and blue.”

The COLORado Battens also served a dual purpose, placed next to the façade of “the Heart” to wash the wall in blue light, and also placed along a white wall running parallel to the corridor. Here, the fixtures were placed in a line on the floor to wash the long white wall in typical cyclorama fashion. Commented Tilbrook: “The COLORados are another fixture we’ve used countless times in theatre, and installed here in the corridor, they really serve to reference the theatrical element of the university.”

As the fixtures were operational for 12 hours per day for three weeks, reliability was also high on Tilbrook’s list of considerations. “Not only did the Chauvet fixtures perform magnificently in supporting the Student Union’s ‘love your uni’ campaign, their reliability gave us peace of mind,” concluded Tilbrook. 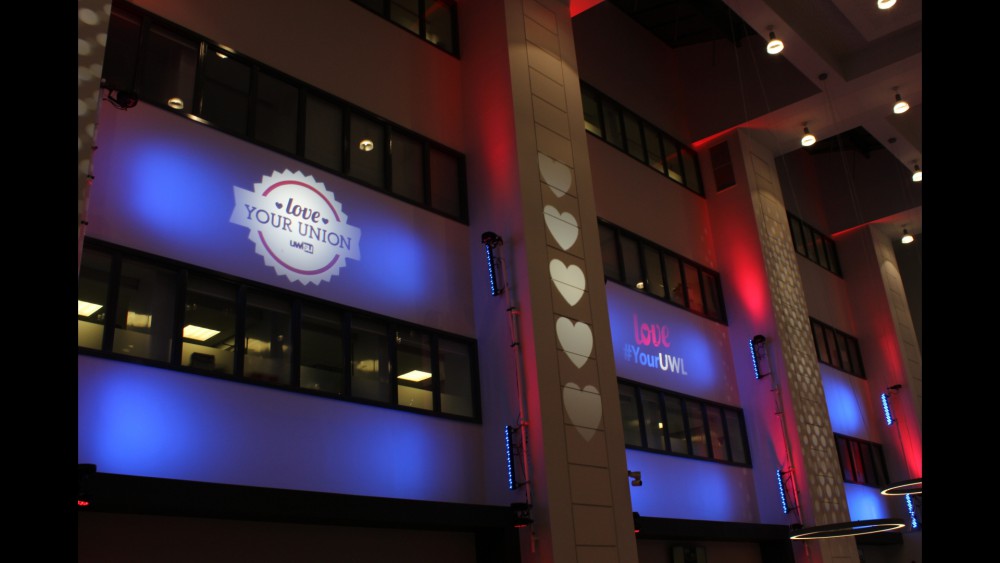