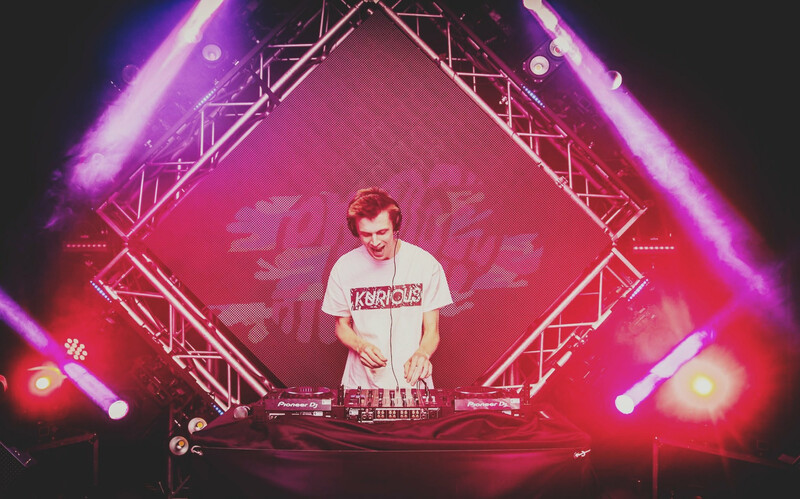 ANTWERP, BELGIUM – Robbe Verburgh wants more EDM DJs to start streaming. So much so, that he’s created VR Stream, a complete mobile streaming solution in a van that allows DJs to do a show and get it up and running online from anywhere, even their own back yards.

To promote his new service Verburgh created a streaming marathon in his backyard, or more precisely the warehouse of the company he works for, DV Sound. To draw attention to the event, which took place May 17 and 18, he lined up Gianni Foquaert (aka DJ Flavour Drop), known for his own pioneering radio concept, as host of the event. Then, to ensure that his 21-hour (over two days) stream was energized by wave after wave of supercharged looks, Verburgh retained the services of Cedric Duré.

The teenage owner of Outdream, Duré obliged, creating an intense outpouring of pixel mapped movement and color that never seemed to repeat itself, as it wrapped around the unique sounds of 14 DJS over the two marathon sessions. Aiding him in this endeavor, expanding the visuals of his show, while at the same time framing it neatly for smaller livestream screens, was a collection of 16 CHAUVET Professional EPIX Strip Tour linear fixtures supplied by DV Sound. 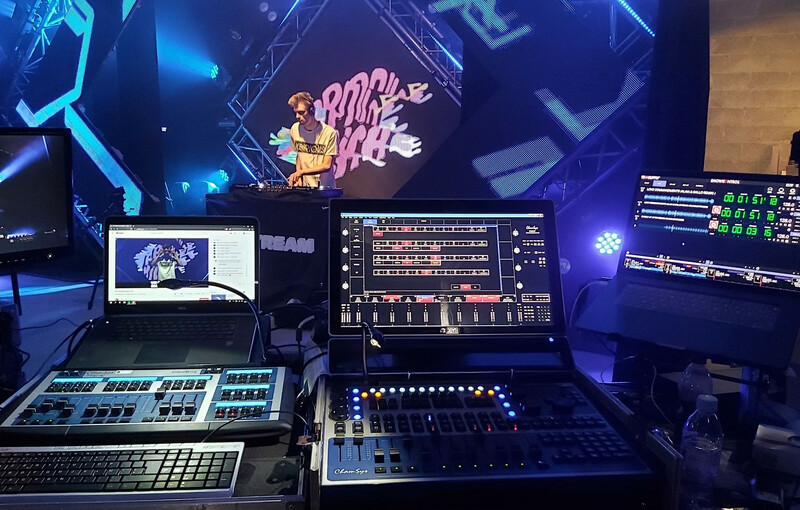 Arranging on truss in diamond pattern around the DJ stand, the one-meter long RGB strips accomplished the seemingly paradoxical task of expanding and framing the lightshow through a combination of performance features. Duré used the high output linear units to envelop the DJs in a radiant aura of light. In so doing, he kept the focus of his show on the artists even as he created kinetic motion around this diamond with the other fixtures in his rig.

“The brightness and viewing angles of the strips was critical to my design concept,” said Duré, who ran his show on a ChamSys a Maxi Wing and an Extra Wing Compact together with a 21-inch touchscreen. “Their intensity allowed them to hold up very well against the other fixtures, so they stood out. This made it possible for me to use them as a reference point through out the show. Because of their sleek looks, they also amplified the spaceship impression we wanted to create.”

For added dramatic effect, Duré flashed the EPIX fixtures between blackout mode and 100-percent output to convey a foreboding sense on stage. For variety, he also activated different cells of the 16-fixture configuration at various times to create a range of geometric patterns.

“Without questions, the EPIX added variety to my show,” said Duré.  “They gave me a lot of options thanks to each unit having 50 pixels, for a total of 800 pixels that I could play with. Sometimes I took the Resolume output from our VJ Stijn Van Nevel and used the LED wall together with the EPIX strips to create one nice unified canvas.”

In addition to Van Nevel who handling VJ duties as well as the control of the controlled the PTZ cameras, team members who contributed to the marathon included Nikolay Gelsthein, touring VJ, for DIVS, one of the performing DJS who also recorded the event for promotional videos.

“A really great thing about this project was the chance to work with friends,” said Duré. “The underlying purpose of the event was to draw this community of artists closer and show them there are ways they can continue to express themselves during this lockdown.”

Based on the feedback they received, the VR Stream team succeeded in doing just that. So much so, that they followed up with a second marathon. As he did in version one of the VR Stream, Duré was ready with another outpouring of fresh looks. 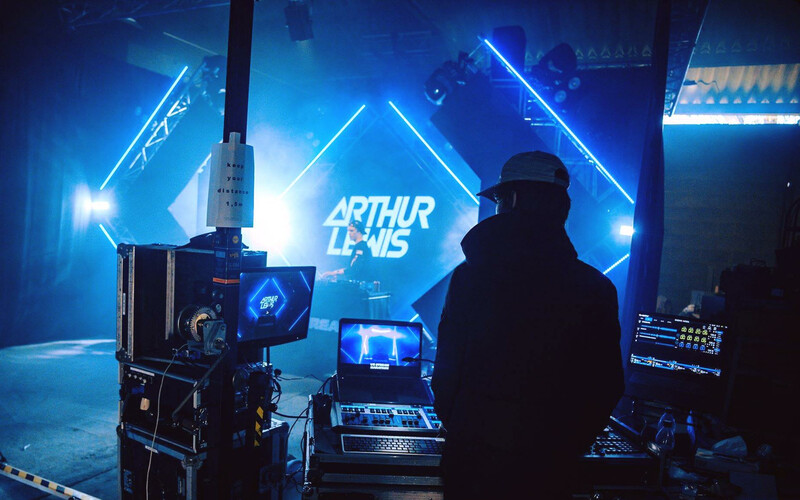