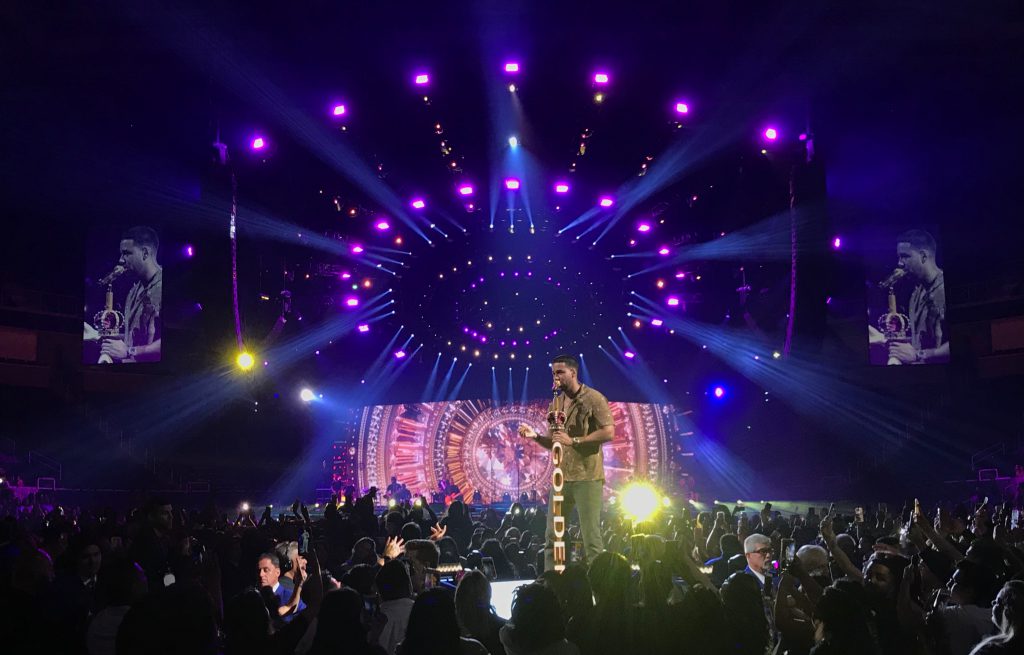 LAS VEGAS – When describing his lighting design for the second leg of superstar Romeo Santos’ Golden Tour, Bruce Rodgers of Tribe, Inc. says, “It’s all about scale and simplicity.” The “scale” part is readily apparent to anyone who catches a show on the 18-city tour that began in September. Dominating the area over center stage is a colossal overhead truss structure that resembles a UFO about to land. Intense brightness radiates from the hovering form, courtesy of 117 CHAUVET Professional Maverick MK3 Wash fixtures, which were supplied by 4Wall Entertainment Lighting.

The “simplicity” Rodgers refers to may not be as instantly obvious, but once the initial awe inspired by this circular overhead panorama passes, it too becomes easy to appreciate. For all its size and power, there is no waste in Rodger’s Golden Tour lighting design. No distractions. No dead-end flourishes. Just a beautifully balanced blend of circles and sticks, working in harmony with a slightly convex video wall.

Rodgers, who achieved international acclaim as a production designer on Super Bowl halftime shows and on tours for stars like Madonna, uses the fixtures and video wall in his rig to create a holistic scenic image that engages the audience while supporting Santos’ performance.

“When we developed this show with Romeo, we worked to have lighting, video imagery and FX play together through the course of the concert,” he said. “We have a very talented team to help us do this on the Golden Tour, starting with the great crew from 4Wall. Then there are people like lighting director/designer Jorge Carabalo and designer/programmer Felix Peralta. We also were lucky to have the team at 4U2C developing content with the help of Romeo’s longtime visual mixer DeeJay Mad.”

In keeping with this design philosophy, Rodgers sees lighting fixtures not only as sources of illumination, but also as key components in scenic imagery. “We used the Maverick fixtures for different reasons on this tour, such as outputting light, providing a nice point source, and creating pixel mapped effects,” he said. “The ultimate goal is to provide a great visual.”

Limiting the number of fixture models used in the rig was key to achieving Rodgers’ vision. “Early in the sketching phase, it became apparent that we wanted as many units of the same fixture as possible built into our overhead sunburst structure,” he said. “This would give our massive rig the clean simplicity we wanted to blend our lighting and scenic elements. Of course, in order to make a single model of fixture such a big part of our rig, we had to be confident that it could do a lot of things well.”

There were a number of reasons why the Maverick MK3 Wash fixtures were selected for the gigantic overhead structure, according to Rodgers. In addition to their relatively compact size, which is making tear down and setup easier on the tour, the RGBW movers are providing rich, realistic colors to reflect the changing moods of the show. The Maverick units are also used to create a wide variety of looks, thanks to their built-in color gobos, wide zoom range and pixel mapping capabilities.

“We wanted light to emit beautifully from this large mass we have over the stage,” said Rodgers. “The MK3 Wash was chosen to be our consistent, modern fixture. Visually, it works well for all of the creative twists and turns we take in this show. It’s so versatile, doing so many different things well, that you can really do an entire show with just this as your only model of fixture. When you look at all the things the Maverick MK3 Wash does, it really makes the overhead circle come to life, which animates the entire show.”

With a variety of looks emanating from the sunburst circle over the stage, the distinction between lighting and scenic seems to have disappeared. As Rodgers describes it, “lighting flows naturally” from the stage design. This creates a massive visual that is at once simple, elegant and endlessly engaging. 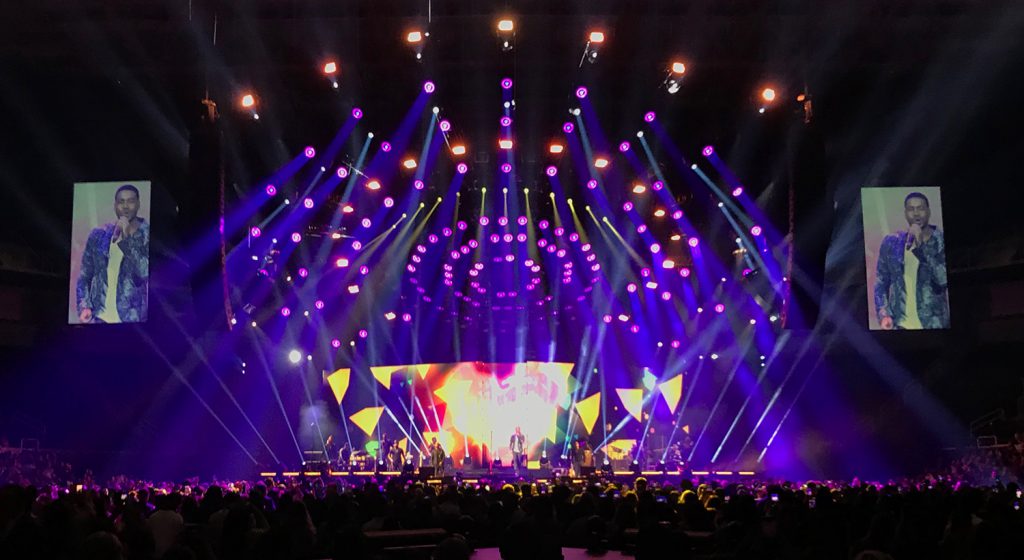