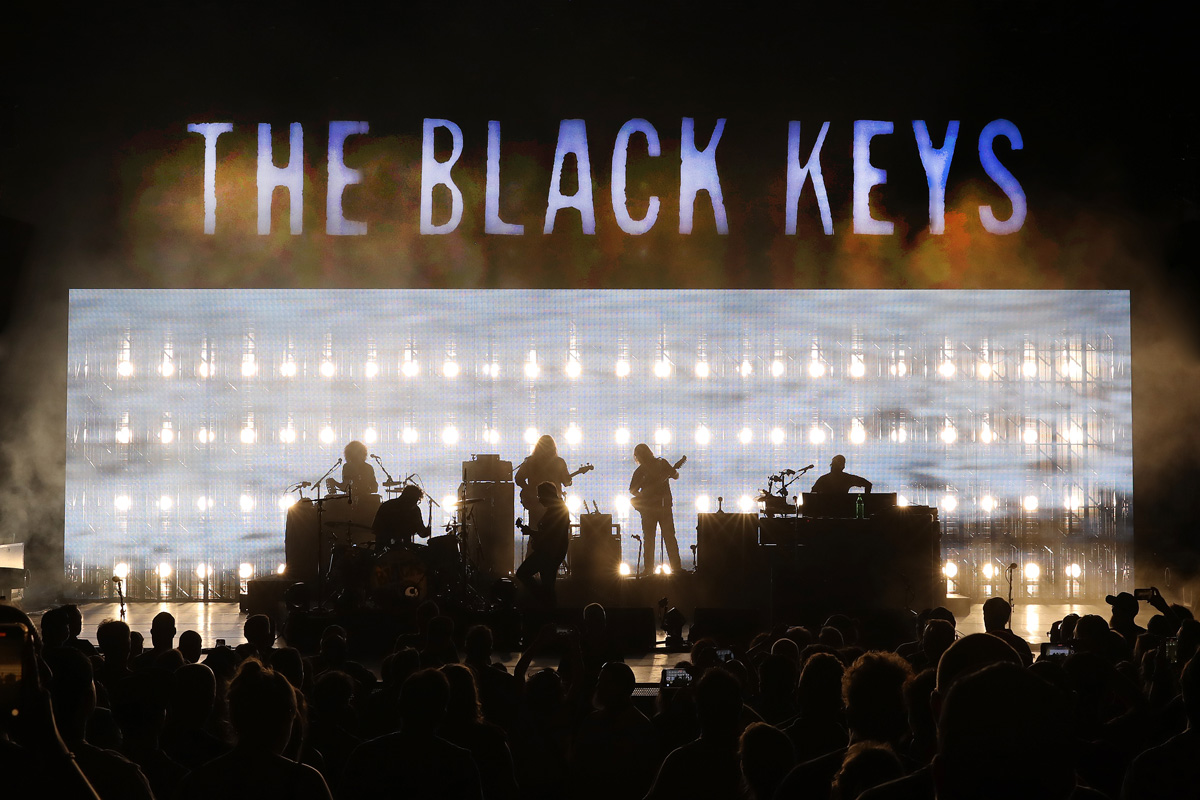 Embarking on their first full-scale tour since the pandemic, the Black Keys were eager to get back to the basics, eliminating all distractions, and turning out rock infused blues with the free-flowing spontaneity that has made the duo from Ohio one of the most powerful forces in popular music. Patrick Carney, the band’s drummer described the experience as “feeling like a band’s supposed to feel.”

It was a sentiment that Michael Grant and Eric Cathcart of Bigtime Lighting Design understood very well. Tasked with creating the set and lighting design for the band’s 32-date summer “Drop Out Boogie” tour, the Bigtime team focused on the fundamentals. 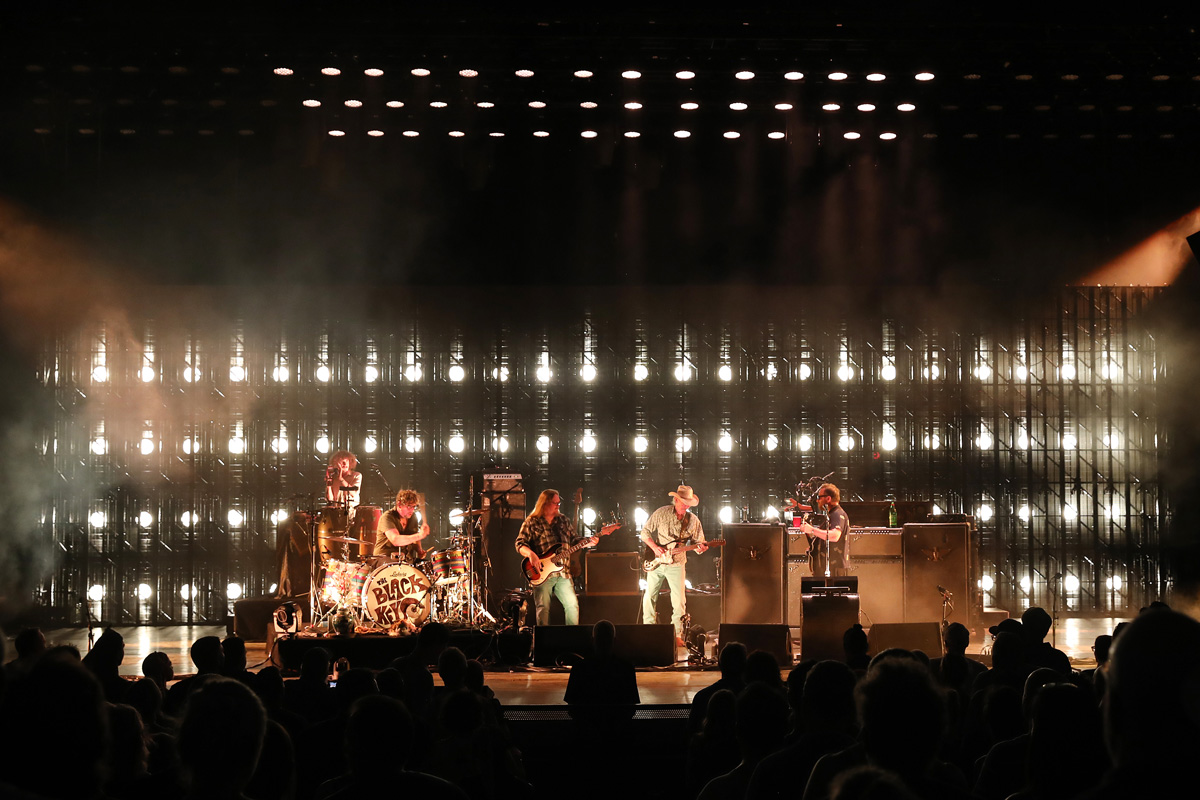 “For this design, it all went to back to basics; keeping things streamlined while still being exciting and creating a visual spectacle,” said Grant, who took the lead role in the design. “We believe that this is what the band represents. It’s all about matching, and correctly interpreting, the dynamics, instead of just throwing as much as you can out there.”

In keeping with this approach, the designers opted to use a blow-through video wall for the tour, which is made up of large amphitheater dates. This allows Grant to hide fixtures and create dramatic mood changes with subtle shifts in lighting. 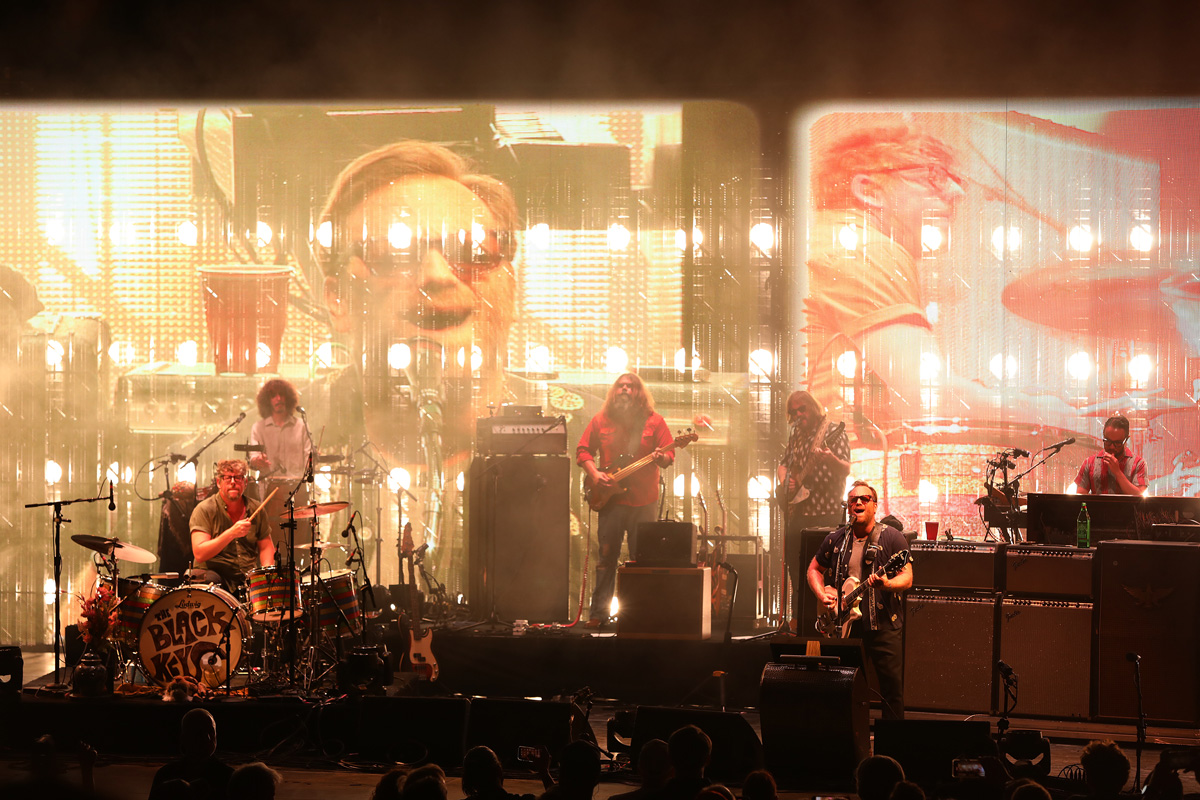 Helping him accomplish this feat was a collection of 96 CHAUVET Professional STRIKE 1 fixtures supplied by Upstaging. “We used these fixtures on a tour before the pandemic, and had them arranged in a massive wall,” said Grant. “Since this was a shed tour, we tried a different format, having them behind the blow-through wall which creates some nice immersive effects.”

The STRIKE 1 fixtures were arranged in groups of eight, evenly spaced in two rows on 12 carts. By varying the number of fixtures turned on, as well as their intensity levels, from song to song, Grant was able to create new looks throughout the 75-minute show. 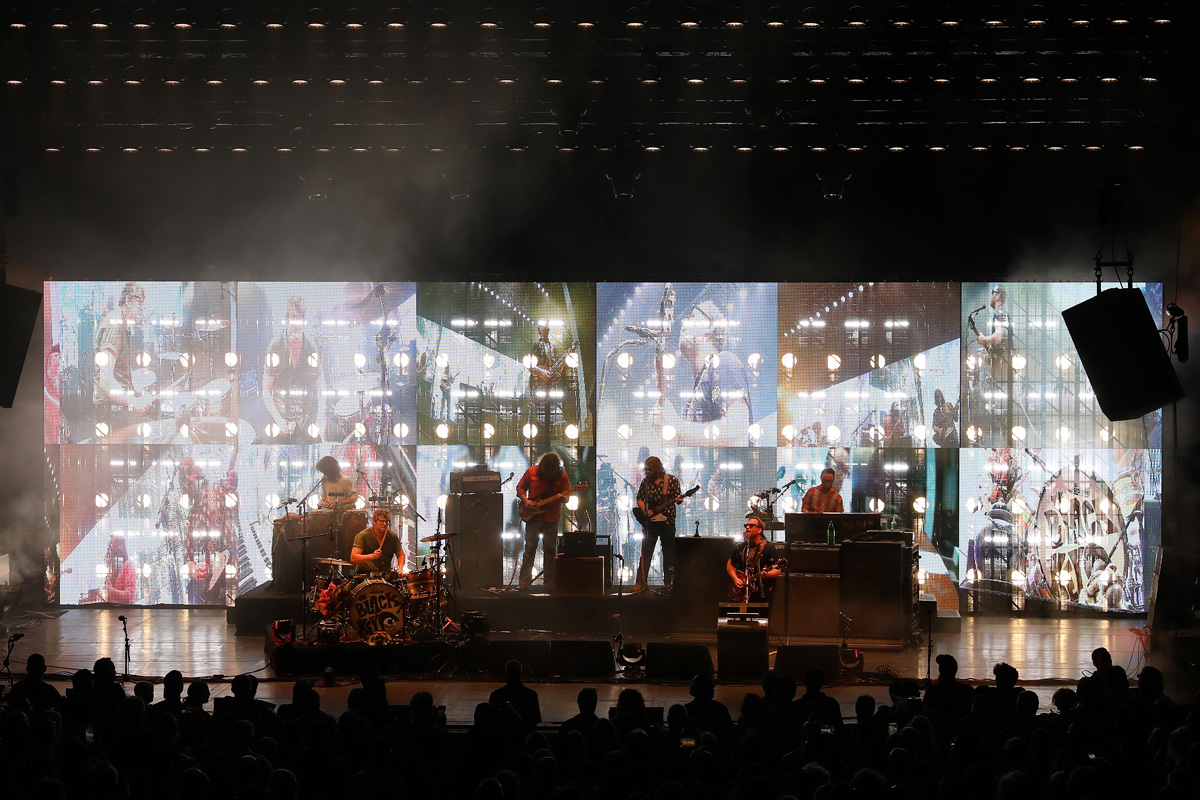 “Just changing the number of STRIKE 1s on at any particular time really gave us a different look on stage, creating a sense that it’s larger or smaller,” he said. “We’d go from a small square in the center, to expanding it up to full scale with the wall. We also set different moods by constantly changing the intensity level to match the music.”

In keeping with the far reaching style of Black Keys, a range of influences were represented in the tour’s 22-song set. During part of the show, the duo plays influential blues covers from a 2021 album. At those moments, Grant brings the trusses down low to create the feeling of an intimate blues setting, even in a 20,000-seat amphitheater. 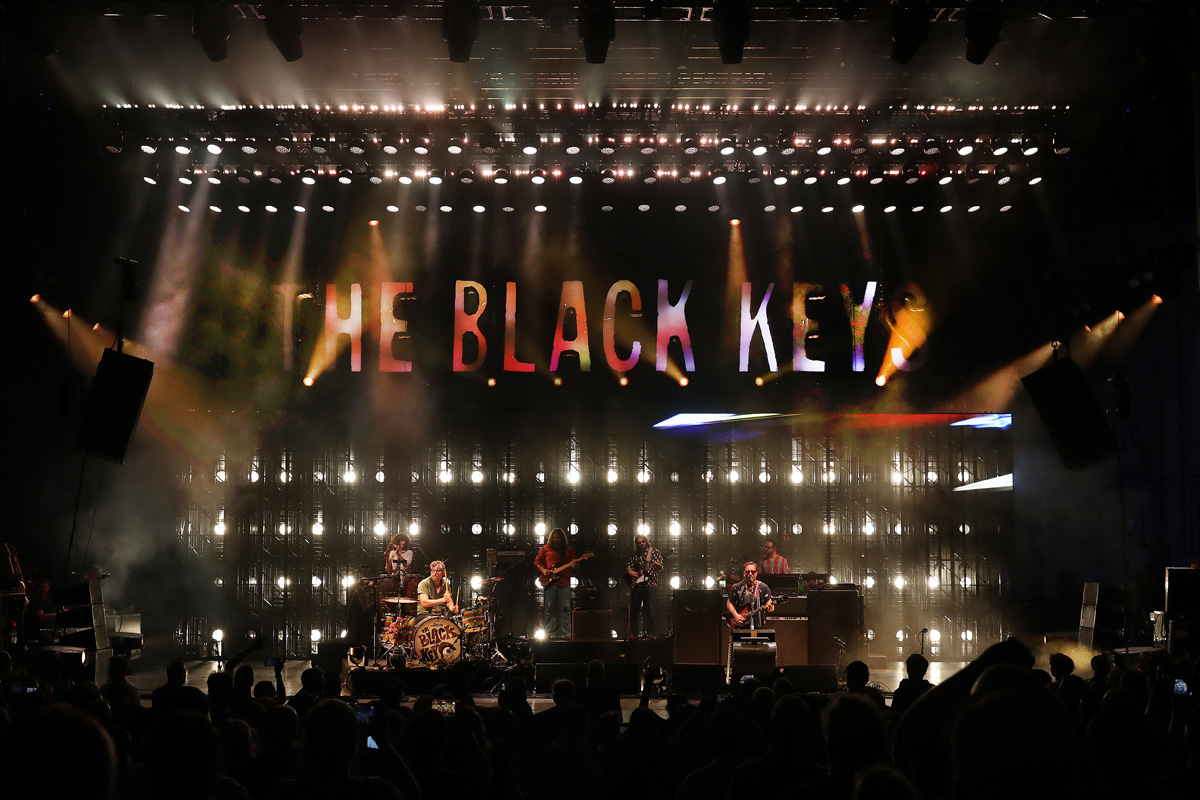 “A really nice surprise on this tour was how many different looks we were able to get out of a rig that was really mostly wash fixtures,” said Grant. “Creatively, it’s nice when you start with something basic and expand it into something very big and powerful.”

His talented clients on stage likely to agree with that feeling 100-percent.