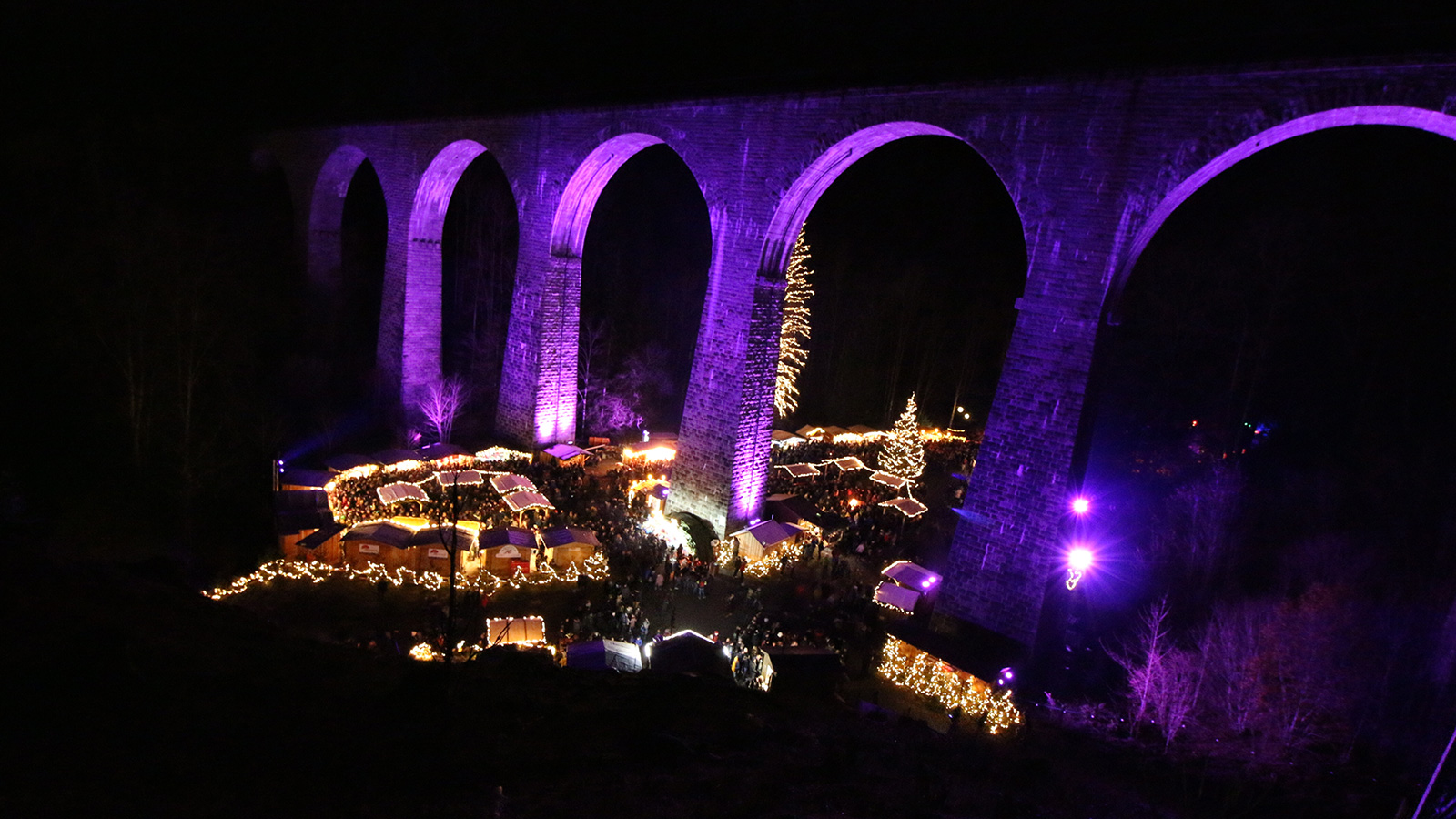 BREITNAU, GERMANY – In 1796, French troops, retreating through the Black Forest’s steep Ravenna Gorge called the area “Höllental” (Hells Gorge). Although the nickname survives to this day, it had more to do with the army’s predicament than with this picturesque corner of southwest Germany. In actuality, the terrain is quite paradisal with its thickly wooded cliff, streams, waterfalls, and winding trails. Every December, it becomes even more beautiful as the site of the Ravenna Gorge Christmas Market.

Lending a magical quality to this holiday market, and contributing to its unforgettable visual appeal, is the 40-meter high railway viaduct that runs directly over the site. With its massive arches towering above vendor booths selling “Schwarzwälder Kirschtorte” and other holiday treats, the viaduct has become a symbol of the Ravenna Gorge Christmas Market. 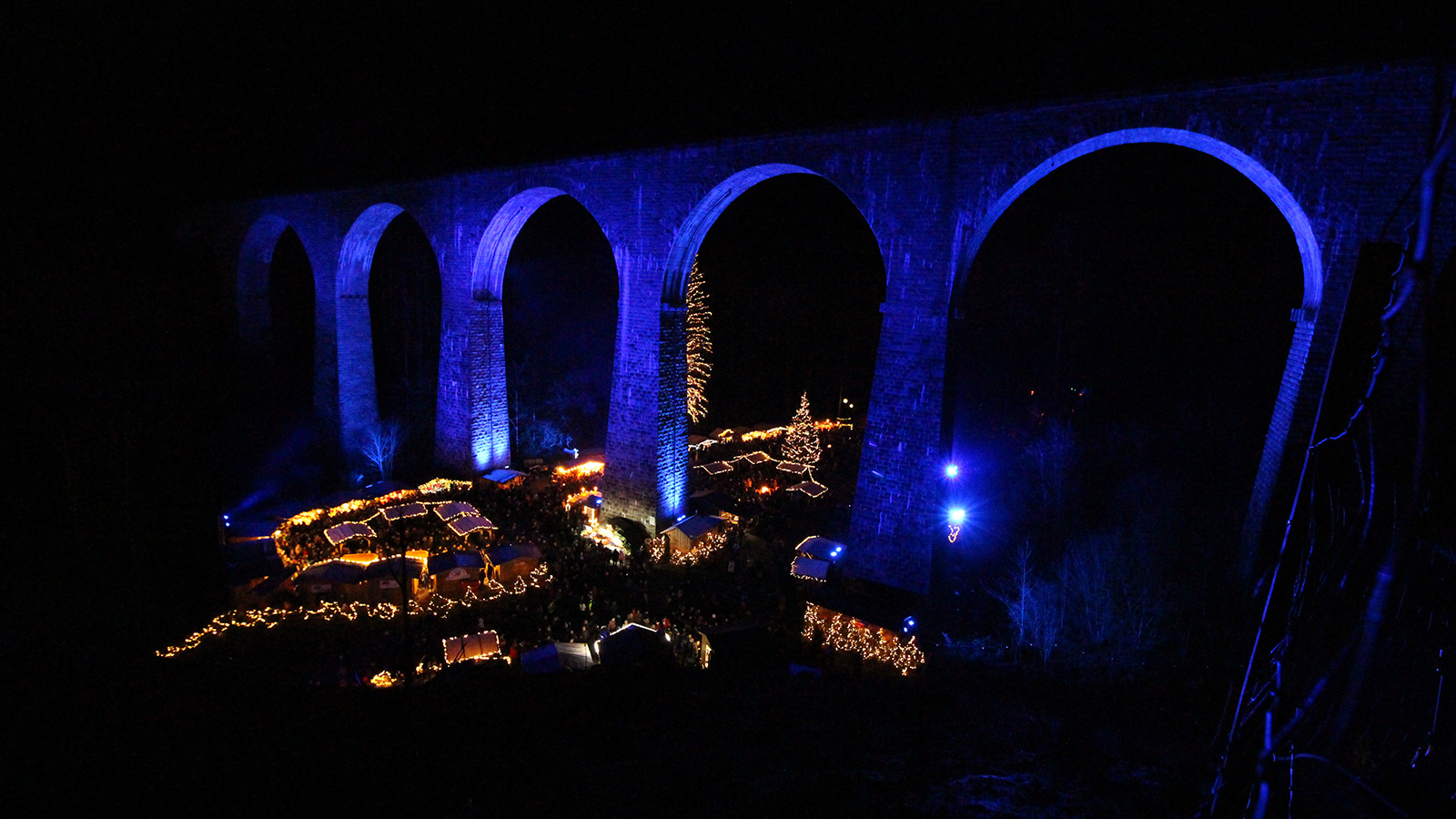 Positioned at the base of the viaduct’s arches, the RGBW fixtures were used to bathe the towering structure in an array of evocative colors. The colors that washed the viaduct were changed throughout the four-weekend event to create a variety of atmospheres that reflected different moods.

With its high output (1510 lux at 5 meters) and tight beam angle, the COLORado 1 Quad had the throw distance to cover high up on the viaduct. At times, however, light from the fixtures was focused for shorter distances to create different effects.

Bächle Event & Media’s Michael Thoma, who has been lighting the Ravenna Gorge Christmas market for over six consecutive years, noted that the color rendering capability of the COLORado 1 Quad was only one of the reasons it was selected for this project. “The colorful illumination of the bridge was a big factor,” he said. “The other was the reliability and safety features of the fixtures. We used them for weeks without ever being let down.” 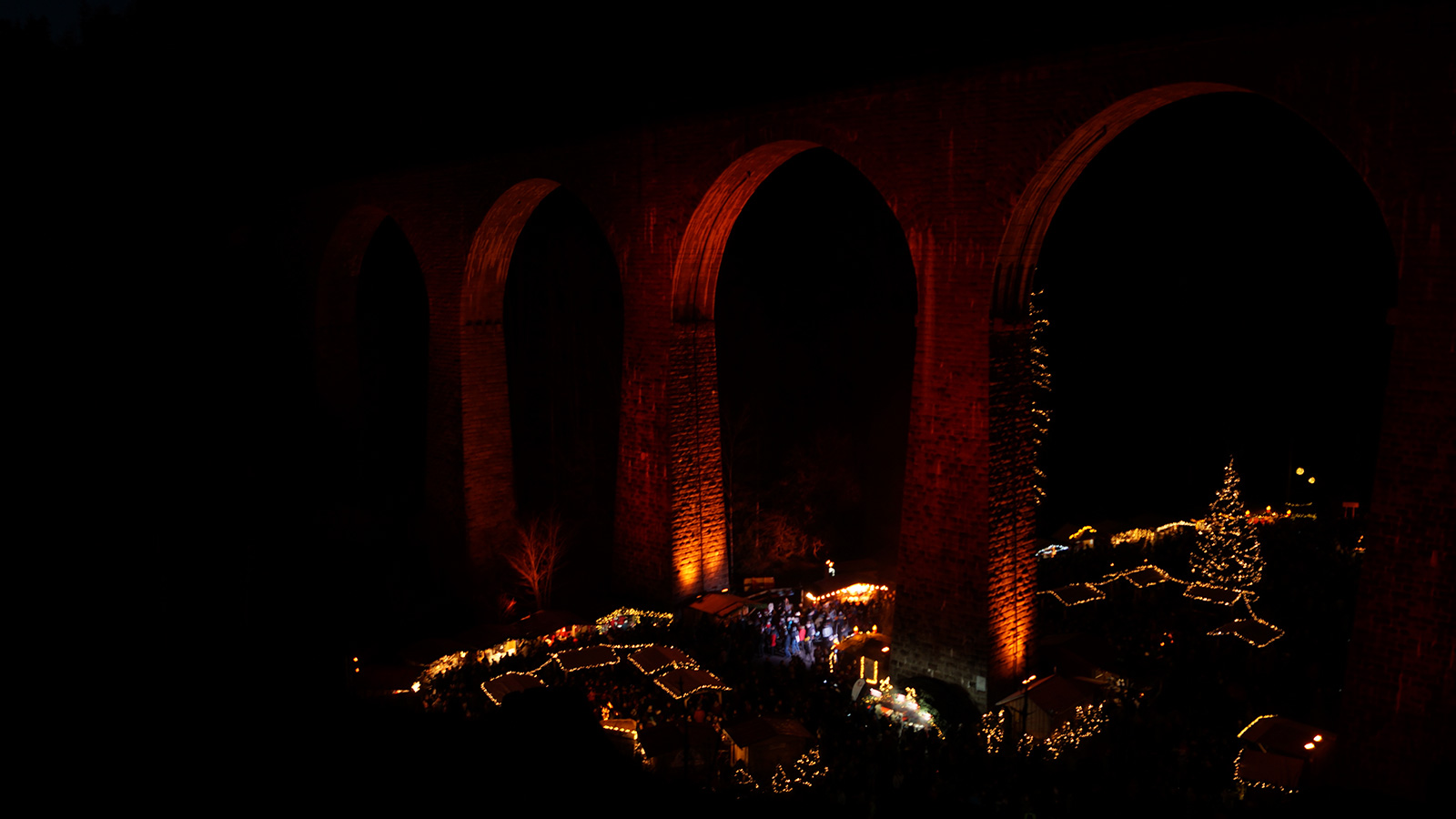 This reliability is especially important, according to Thoma, given the weather conditions in the Black Forest. “Anything is possible here – sun, rain, snow and temperatures from plus 15 Celsius down to minus 10 Celsius, so IP65 and reliability are essential,” he said. “Furthermore, I liked that the COLORados have no set cables attached to them, so I can choose my own cables. The 5-pole DMX is also very useful and of course the PowerCon TruOne availability is a big plus.”

Thoma programmed the Ravenna Gorge Christmas Market lighting so it could be run by the staff on site. “We made it very easy for our client,” he said. “There are six buttons they can use to control every color and illumination level.”

Lit in this fashion over the bustling Christmas market, the big viaduct projects a picture postcard image of a holiday celebration. The scene becomes even more evocative when the viaduct’s tracks are traversed by a rumbling train from the “Devil’s Valley Railway.” That name is a holdover from the “Hell’s Gorge” days of 1796, but for the crowds that gather here every December, this little slice of the Black Forest offers a pleasant piece of heaven.