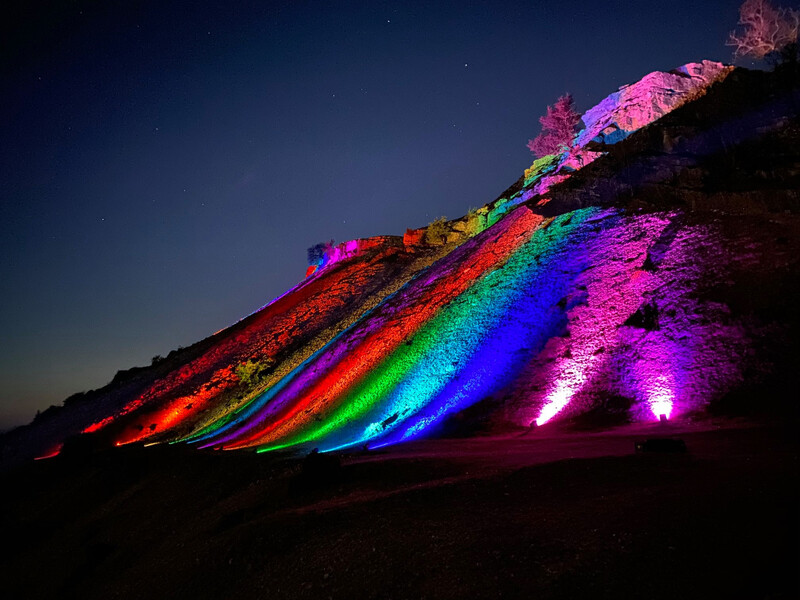 LLANGOLLEN, WALES – Sitting serenely atop a hill 1,000 feet above the fertile floor of the Dee Valley, the haunting beauty of Dinas Brân exerts a powerful pull over the hearts of townspeople below. For nine centuries, the medieval castle built by a prince of Powys Fadog, has inspired myths, songs, and love stories that have echoed through the rolling Welsh countryside from generation to generation.

More recently, in the wake of the COVID-19 outbreak, the castle, which now stands in ruins, and its adjacent hills, have inspired hope and gratitude in the form of a brilliant lighting display created by ASG Entertainments, with the support of the Denbighshire County Council, North Wales Police, Eastwood Media, and Xperience Productions.

On two successive nights in May, the all-volunteer group illuminated the hills and castle in vivid colors as a sign of appreciation for the NHS staff and key essential workers who have labored selflessly to keep the county functioning during this challenging period. Providing the breathtaking display were 24 CHAUVET Professional battery-operated WELL Fit fixtures taken from ASG’s inventory. 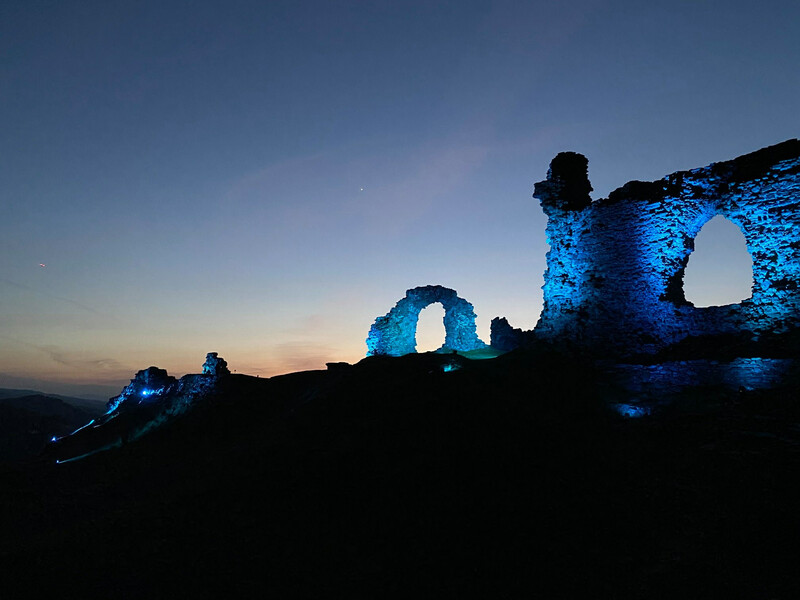 “With everything going on, we wanted to do something with our business to pay tribute to the NHS and key-workers,” said Scott Cooper, Director of ASG. “We decided to put our equipment to good use. This project was done completely voluntarily and organized by both myself and Chris Eastwood of Eastwood media.

“We approached local authorities who gave us permission and support for the project,” continued Cooper. “On the first night we lit the Mountainside and the Town in a rainbow to support the essential workers. Then on the following night, we lit the castle for the NHS.”

Given the logistics of this project and the lack of available power high up on the hill, the compact, battery-powered WELL Fit was the logical choice for the project. “The fixtures were ideal for what we wanted,” said Cooper. “Both of the areas we lit are not accessible by road, which meant we had to carry the 24 fixtures up steep slopes. There were three of us carrying eight units each for about 30 minutes. It was exhausting, but once we got there, the view of our town was spectacular.” 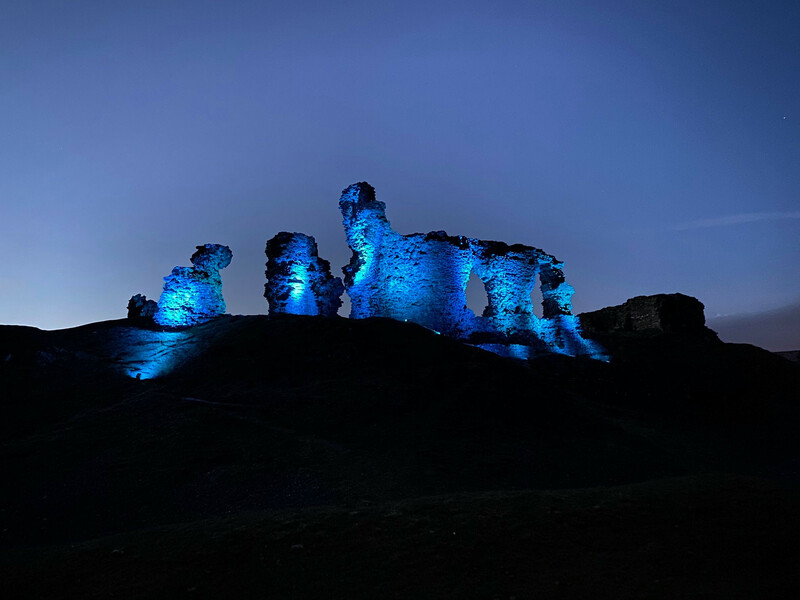 The view that the volunteer team treated the townspeople too was something to marvel at as well. Bathed in an array of colors, the outline of the hill’s craggy ridge stood out sharply against the dark sky, while the skeletal ruins of the old castle glowed mystically in clear blue light.

Cooper and his team positioned the IP65 rated RGBA fixtures as close as possible to the surfaces they illuminated to get the maximum coverage possible. “Because of power limitations, we couldn’t get big flood lights up there,” said Cooper. “However, the level of illumination we got from these battery-powered fixtures was more than enough. We got so many calls and texts from people below complimenting the looks.”

The impressive lighting display was left on for only one hour each night to discourage crowds from gathering. “We didn’t want to a lot of people turning out because of social distancing considerations,” said Cooper. “Our goal was to create a stunning image for the townspeople to see from their homes and then preserve the beauty of the moment through the photos Chris took.”

When the current pandemic passes, Cooper says he plans to recreate this lighting display so people will be able to gather and get a closer look at the panorama. In the meantime, they will have memories of two May nights and Chris Eastwood’s artful photography to appreciate the beauty of their community’ famous landmark — and the inspiring courage of the heroes who are helping Llangollen get through this moment in its long history. 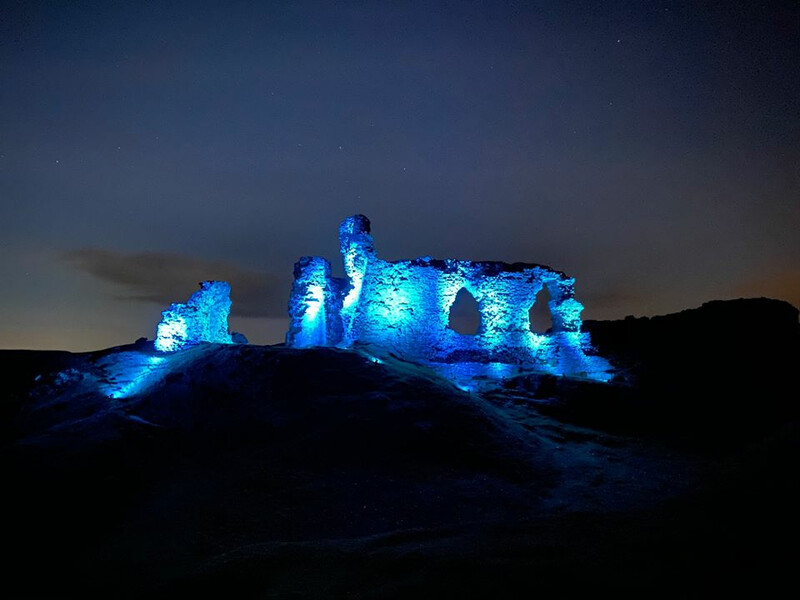