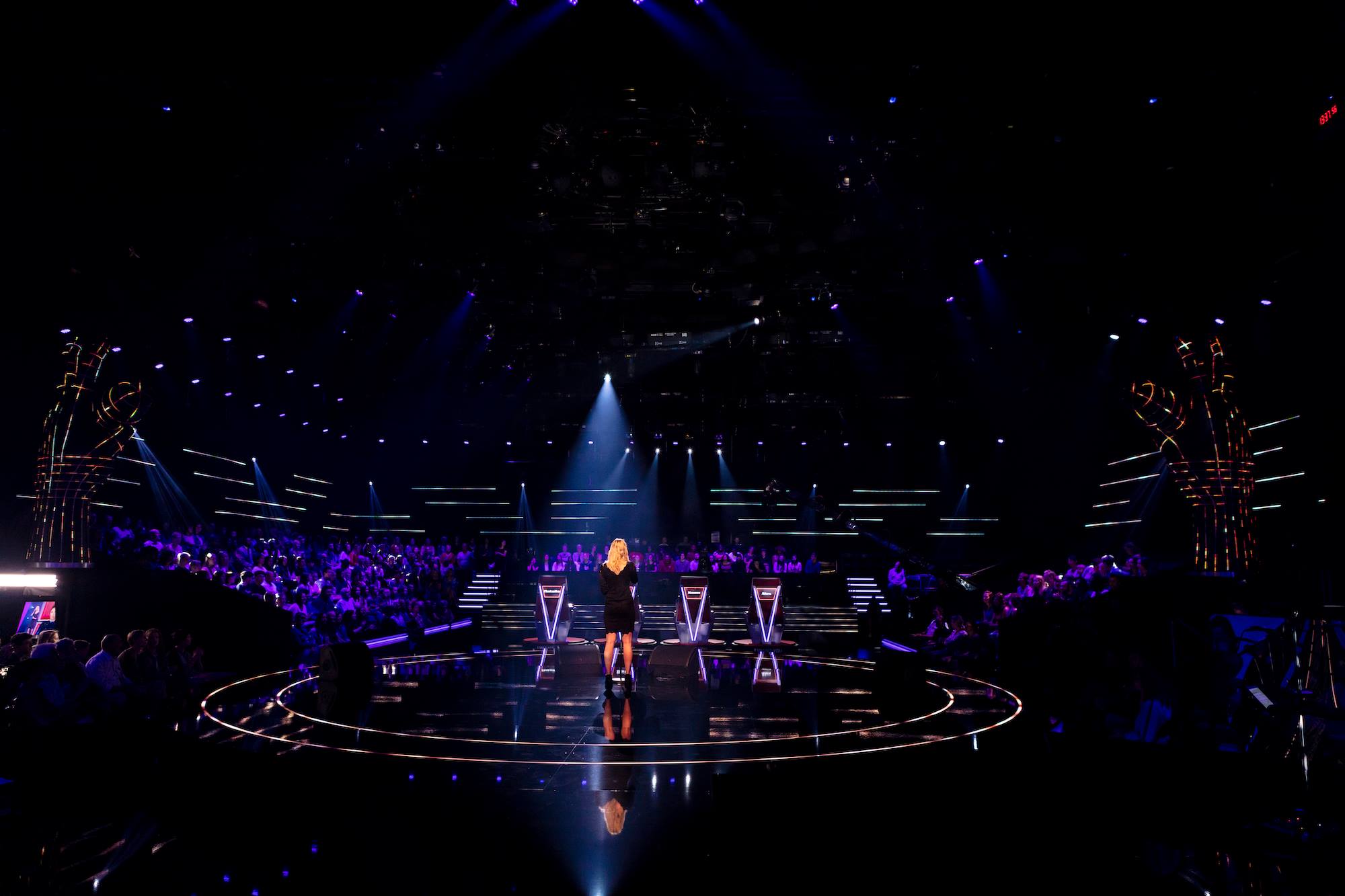 BRUSSELS, BELGIUM – What is your favorite memory of watching The Voice? Put this question to a random group of Belgians, and you’re likely to spur a long and animated conversation filled with a wide range of happy answers. Among the earliest and most successful shows in the famous global reality TV franchise, The Voice van Vlaanderen (The Voice of Flanders) routinely generates a lot of buzz in coffee shops and on social media throughout the country. It has also served as a springboard for many of the nation’s most celebrated singers.

Supporting the VTM network program with colorful and dynamic visuals is an Arf & Yes lighting design that this year features over 300 CHAUVET Professional fixtures, supplied by Phlippo Productions. “We have been designing for The Voice for some time,” said lighting programmer and operator Jonas Weyn, who works on the show with a whole team of lighting and set designers. “The design is always about balance, making it visually appealing for the live and TV audiences.”

For this season, The Voice’ s set underwent a complete makeover, going with a versatile design that can seamlessly morph from big, bold panoramic looks to more intimate settings to reflect the full emotional range of the show’s talent. Appealing to live audiences with its vibrancy and color, the set also has the depth and definition to translate well on the television screen. 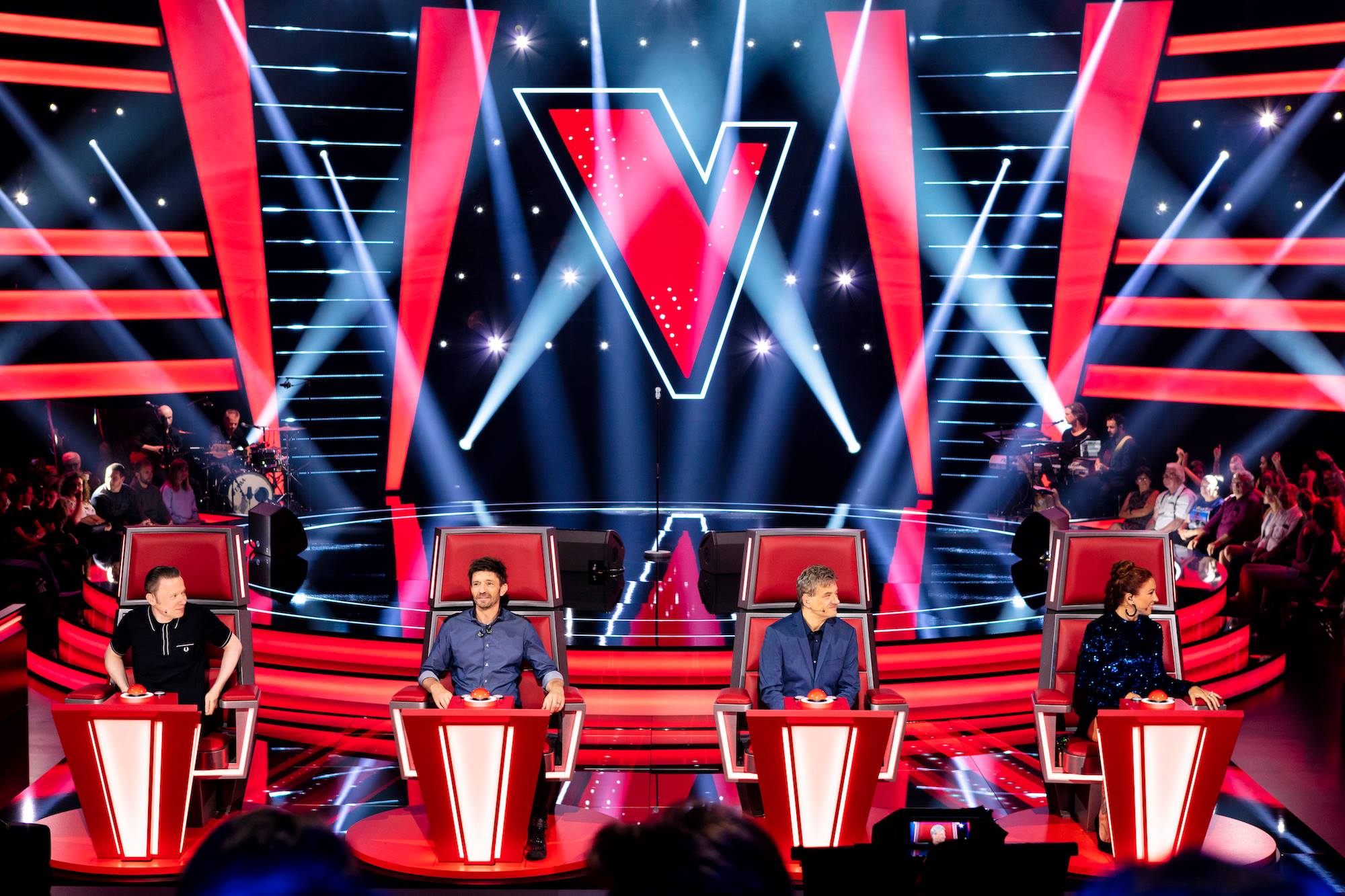 Playing a key role in helping the Arf & Yes team achieve this multifaceted design are the 12 Maverick MK2 Profiles and close to 300 ÉPIX Strip linear fixtures in the rig. The versatile Maverick units do double duty, serving as key lights for the contestants and coaches, while also adding dramatic impact to performances as back lights.

“I like that the Maverick’s framing system is really accurate,” said Weyn. “It’s compact, so we can place it discreetly in more positions, and it’s also very fast, which is good for creating punchy effects. Plus, since it is very quiet, it’s well suited for a TV studio.”

Included among the ÉPIX Strip fixtures in the rig are ÉPIX Strip IP, ÉPIX Strip Tour, and ÉPIX Strip Tour 50 units. The IP fixtures are used to create double pixel visuals behind the coaches, while the Tour fixtures are used to match various scenic features of the set. “The colors and movement of the ÉPIX come off very well on television,” said Weyn. “Because they can create so many different patterns, the fixtures allow us to vary the looks on the set, while still maintaining a consistent design. We kept adding more Strips during the show, because they are so useful.” 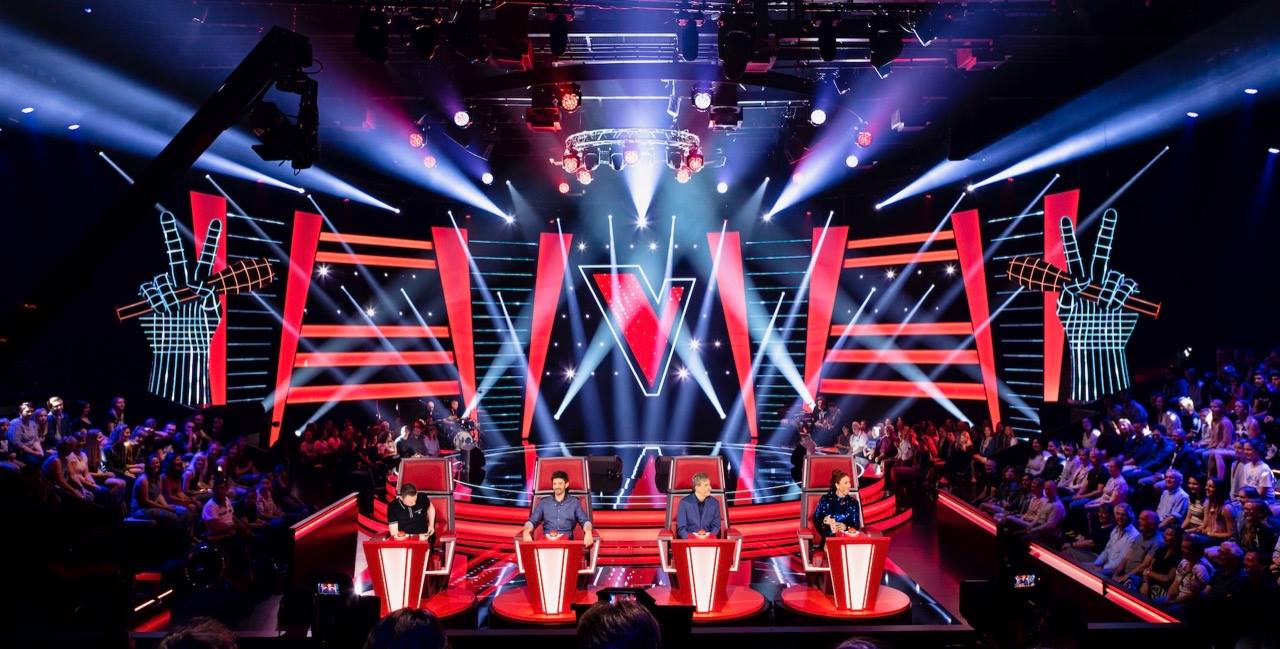 Working in conjunction with the video setup by Bavo Loccufier and Dries Mees, the lighting presents an inviting and upbeat image that fits the spirit of The Voice. “Everyone made great contributions to this project,” said Weyn. “Our lighting director Marco Pauwels really pushed the edges this year. We had full control over lighting, followspots and video at the console. He used a wing full of master, contrast, color faders for hands-on adjustments and did an excellent job. The Voice is a show with a very big live aspect that includes the band, the coaches and contestants. It’s all live and pure — sometimes very big and powerful, but at others small and intimate. Our goal was to create the best possible atmosphere for all those moods.”