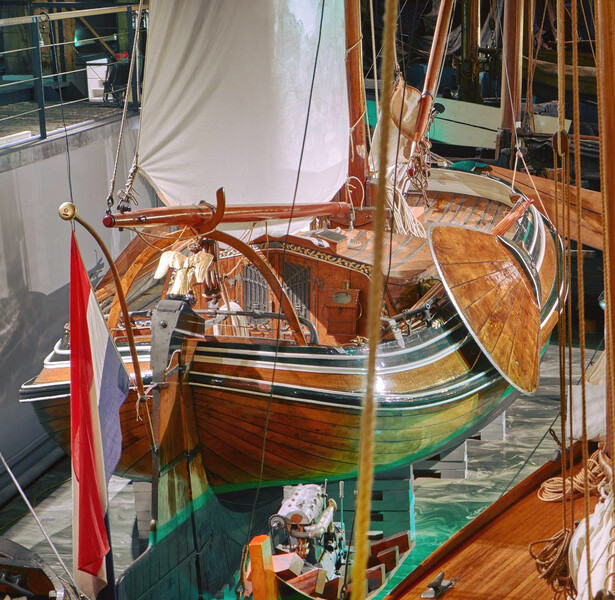 ENKHUIZEN, THE NETHERLANDS – Imagine the awe and amazement of a ship’s crew that plied the waters of the Zuiderzee a century or more ago, if somehow, they miraculously found themselves in the same spot on earth today?  The expansive salt water bay teaming with fish that led to the North Sea would be gone, the result of the Afsluitdijk, a colossal barrier dam built over a five-year period in the 1920s and 30s. In its place would be a much smaller fresh water lake and 1,500 km² of land that was reclaimed from the sea and is now inhabited by some 400,000 people.

The sailors of the Zuiderzee cannot (as far as we know), travel forward in time, but visitors from the 21st Century can take an immersive journey into this region’s nautical past at the Zuiderzeemuseum, an extensive indoor and outdoor facility that makes this vanished world come to life.

Among the evocative attractions of the museum complex is the Sea of Stories, an audio/visual exhibition in its Ship’s Hall that vibrantly captures the essence of the Zuiderzee region long ago. Helping to wash away the years and draw visitors into life on the great bay is a captivating Frank Hulsebosch lighting design that features COLORado and COLORdash fixtures from CHAUVET Professional supplied by Lichtpunt Theatertechniek. 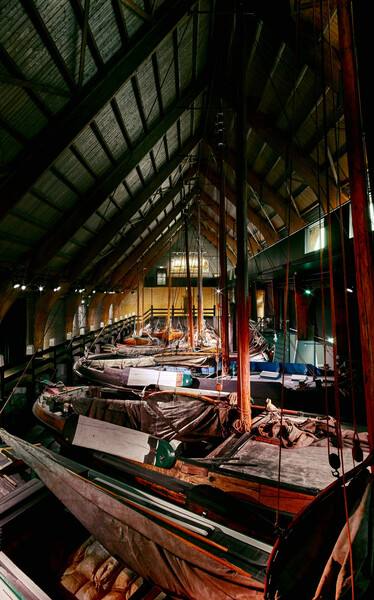 Hulsebosch and his company, 50LUX, were introduced to Sea of Stories by Perspekt Studios, which was responsible for the design and construction of the exhibit. He explained why the decision was made to go beyond standard museum lighting and hang 50 COLORado 2 Solo IP65 fixtures as well as 15 COLORdash Par HP12 IP units from truss structures that line both sides of the 40-meter-long hall.

“All the fixtures are used for the same purpose:  lighting a collection of antique ships,” said Hulsebosch. “The exhibition Sea of Stories starts in the Ships’ Hall, which has 14 antique boats, the largest museum collection of boats in The Netherlands. We wanted to make an audio-visual presentation through which you can imagine yourself on the Zuiderzee a century ago, when it was a turbulent open sea full of fish, salt water and raging waves. In order to make dynamic presentation we needed other fixtures then we would normally use in a museum. We were looking for DMX controlled fixtures whit vibrant colors, some also with UV (to create dark and nightly atmospheres) and a zooming.”

Prior to the installation of the new color-mixing LED fixtures, the Ship’s Hall was lit only by ambient sunlight. Aside from providing a sharper more consistent light, the new fixtures are also used to enhance the storytelling aspect of the exhibit.

“The different light scenes are part of a show with sound, light, video and special effects,” said Hulsebosch. “Since the hall represents life at sea, we used our COLORados and COLORdashes to create a lot of rich shades of blue and green for ambience. Then, we’d go to white light for times when the ships were on display in between the theatrical scenes.

“We also used different angles and uplighting the dramatic and atmosphere scenes to create shadows,” continued Hulsebosch. “In the more static scenes, where the ships are on display in a more traditional exhibition-like way, we focused on visibility and avoid dark spots as much as possible.”

Setting up the rig had to be done with care. The fixtures had to be placed eight meters above the floor manually, since no automated equipment could be used due to the tight space and fear of damaging the historic ships.

“This was a rewarding project for us in many ways,” said Hulsebosch. “Since we work mostly on static exhibits, programming the theatrical scenes was a challenge. Dirk Donks from The Lighting Factory was a great help to us.”

As happens to many visitors to the Zuiderzeemuseum, Hulsebosch formed a strong emotional attachment to the ships from the Zuiderzee era. Like a sea that is no longer, the ships beckon with their timeless beauty and haunting stories, both of which have been brought more vividly to life with light. 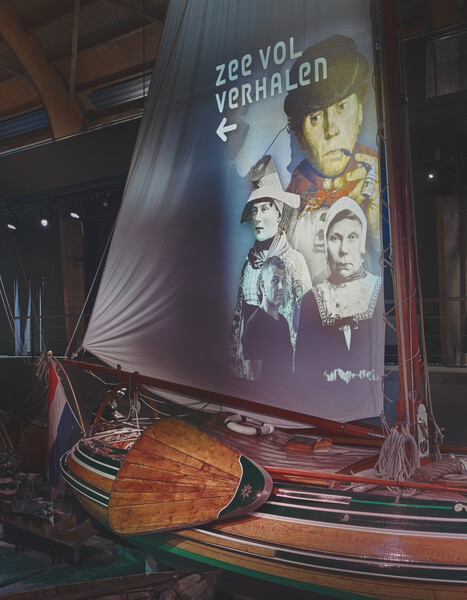