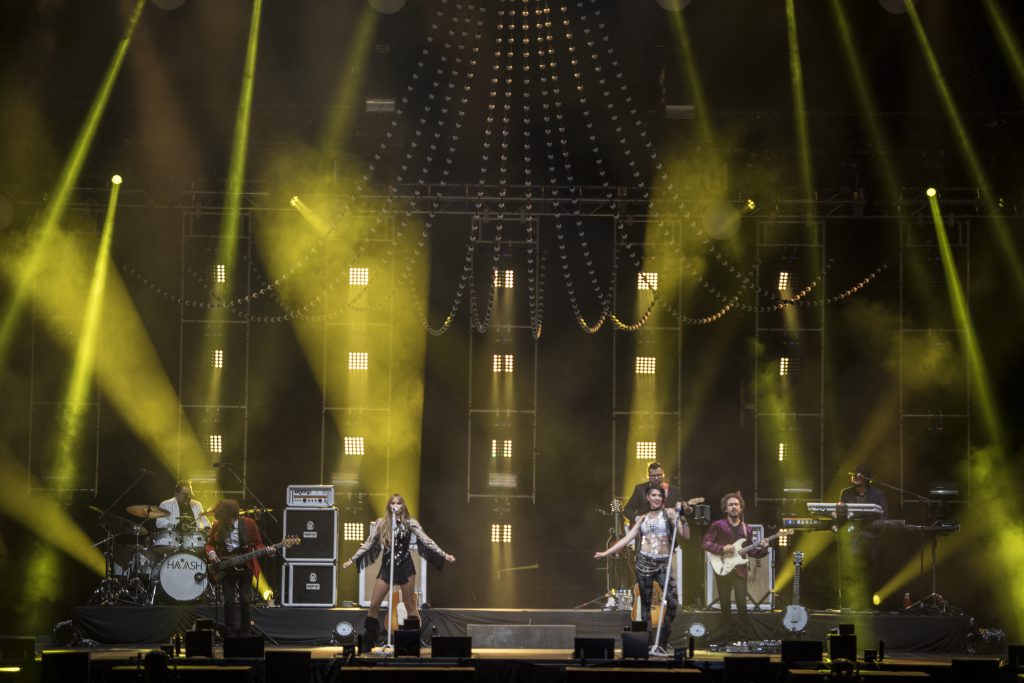 MEXICO CITY, MEXICO – With five Billboard Top 20 albums and a wildly dedicated fan base, Ha*Ash, the Mexican sister duo of Hanna Nicole and Ashley Grace, has seen their career take off like a rocket. Responding to this success, the pair have put together an ambitious schedule for their Primera Fila tour, often performing two or three shows a week separated by hundreds of miles across multiple national borders.

Given this fast-paced itinerary, it was essential that the lighting floor package for the tour be compact, rugged and easy to set up. At the same time, the lighting rig had to be capable of reflecting a creative range of exciting looks to do justice to the duo’s multi-faceted musical style, which moves with seeming effortlessness from the angelic in songs like “Lo Aprendí de Ti,” to soulful in “Perdón, Perdón,” to the fiery in “Odio Amarte.” With these factors in mind, renowned Mexican lighting designer Jonathan “Goofy” Galicia built the Primera Fila tour rig around 12 Next NXT-1 moving LED panels from CHAUVET Professional that were supplied by Meridian Pro. 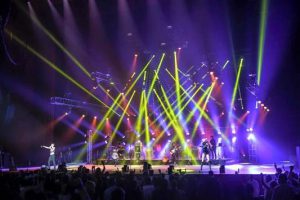 “Creating the lighting design for the Ha*Ash Primera Fila tour represented several challenges,” said Galicia. “Due to the enormous success Ha*Ash has achieved, the tour has had to have a fairly tight schedule. Most of the times, our concert venues are separated by several hundreds of miles, so logistics to move the rig are demanding. After analyzing and testing a lot of fixtures, I chose the 12 Next NXT-1 moving panels for the basis of my design. They are easy to transport and have unique features that allow me to give a distinctive touch to the Ha*Ash stage design, regardless of what other house rig we are using from one venue to the next. That unique look is essential to give personality to our tour.” 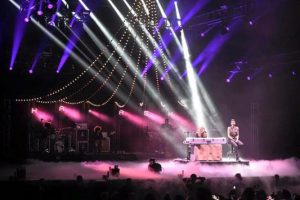 Galicia positions the Next NXT-1 panels on six 3-meter vertical trusses, each supporting two of the panels. Located behind the sisters’ band, the truss structures with the NXT-1 panels created the impression of a flag directed toward the front of the stage. “This arrangement behind the musicians provides depth to the stage and allows me to project a wide range of effects to reflect the mood in each song, either a romantic ballad or a fast beat,” said Galicia. “To get the highest performance of the panels, I decided to control them with 106 channels mode. I’m using an MA console and two Net-X signal distributors, also by CHAUVET Professional. We handle up to 12 universes and control the whole lighting system.”

In the year since the tour began, Galicia says he has been able to create an “endless variety of looks from show to show. “The different effects that I have achieved with NXT-1 is virtually unlimited,” he declared. Chances are that this versatility is going to be very welcome in the months ahead, as Ha*Ash’s popularity and touring schedule show no signs of letting up. 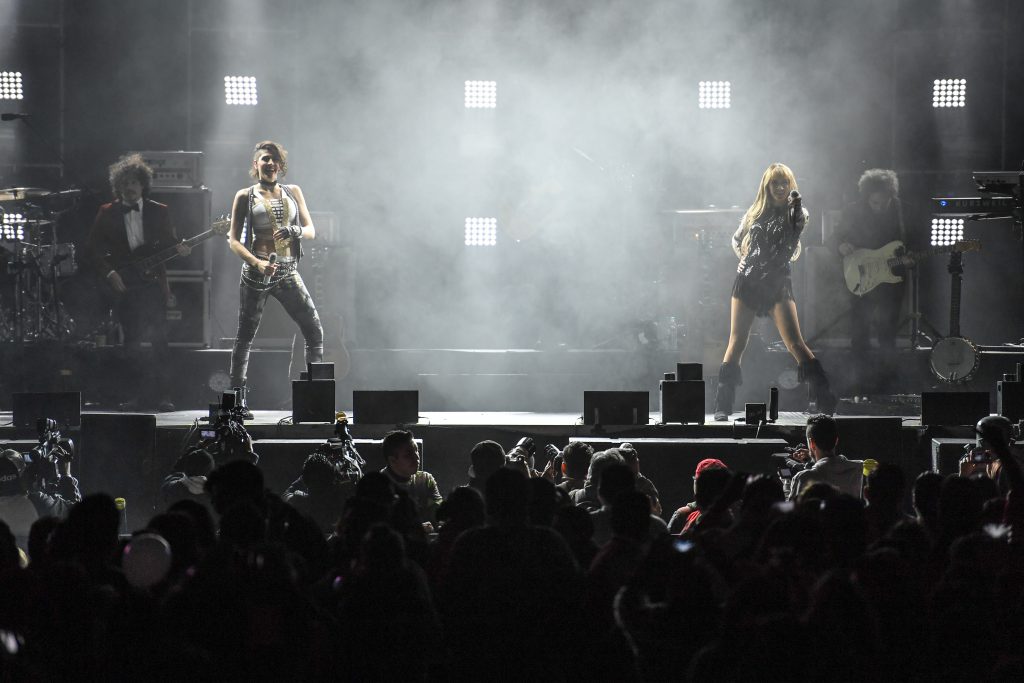 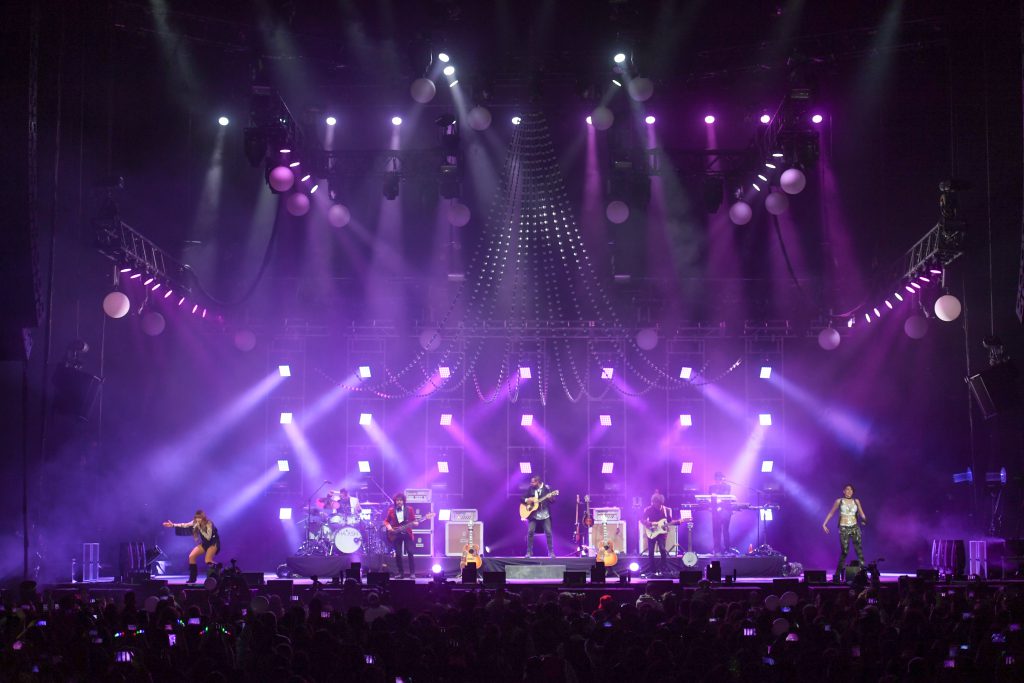 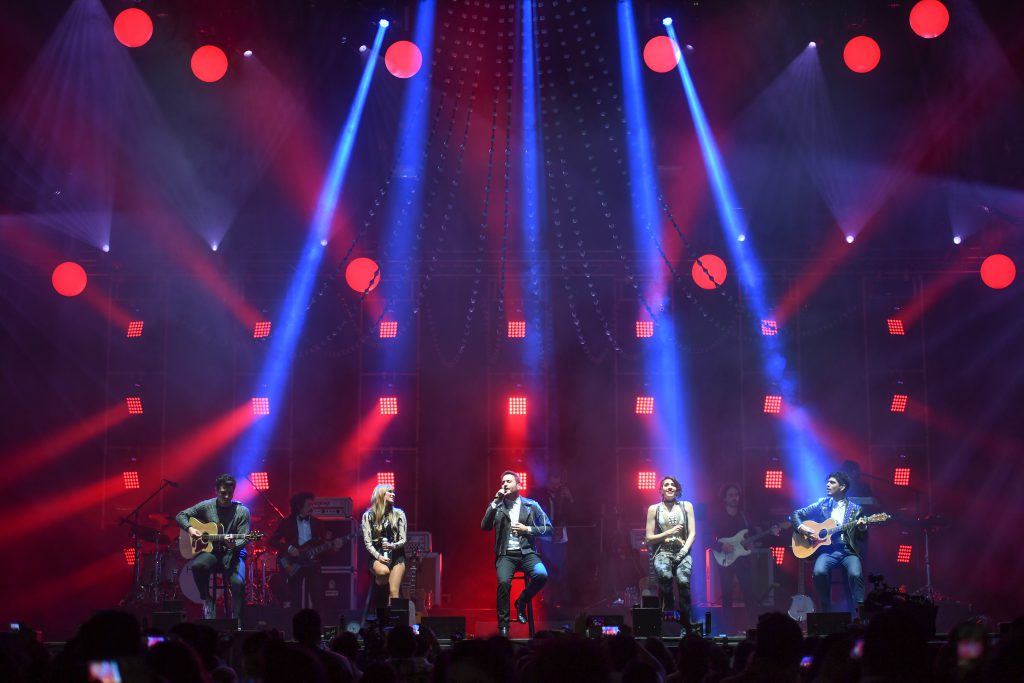 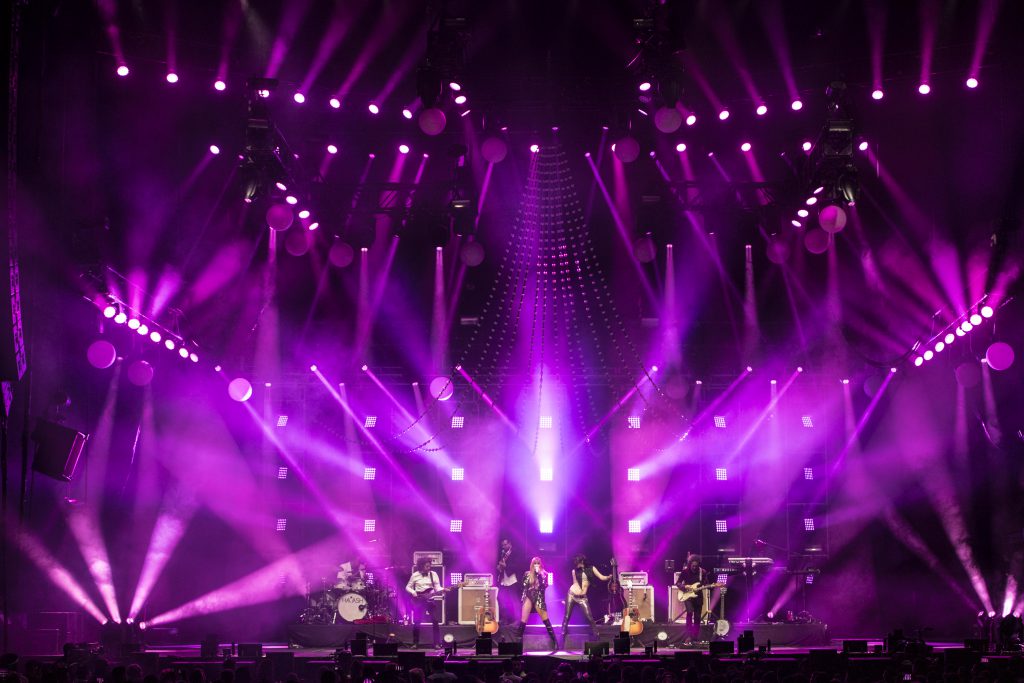