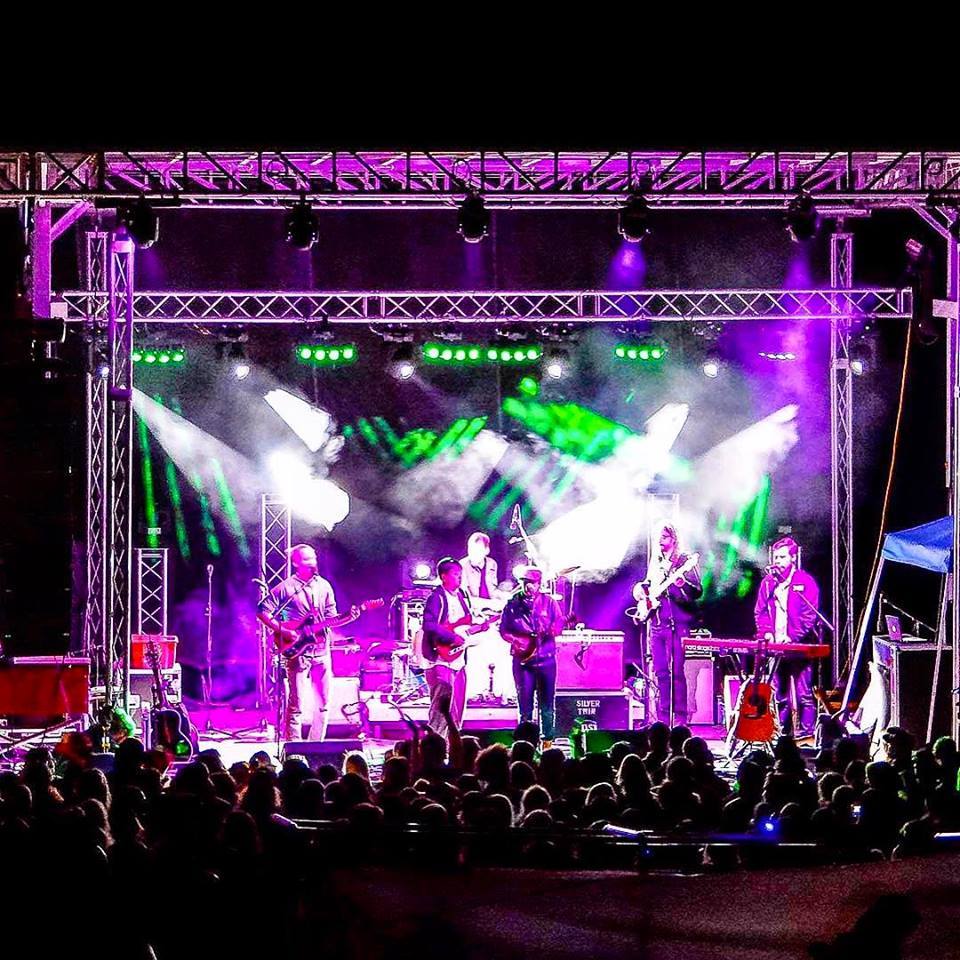 BOND, CO – When Tim Farquhar took his first look at the site of the Beanstalk Music and Arts Festival, he described it as “a lighting designer’s dream.” Not only was the setting breathtakingly beautiful with its panoramic view of the Rocky Mountains and the Upper Colorado River, but at 6,600’ above sea level and miles from the nearest city there was virtually no ambient light, save the stars in the summer sky, to distract from a lightshow.

Farquhar, owner of Farquhar Productions in Boulder, CO, recently made the most of this dream opportunity for himself and visiting band LDs by creating a powerful and flexible lighting rig for the four-day Beanstalk event.  His flexible rig was anchored by a collection of CHAUVET Professional Rogue R1 Spots and CHAUVET DJ Intimidator fixtures supplied by Field View Productions. 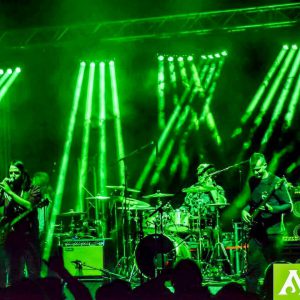 “Every LD wants to work in a beautiful setting, and you can’t get much more beautiful than this,” said Farquhar. “There was very little ‘light pollution’ at night, so our lights really stood out. Thanks to the output of the Rogue Spots, it was easy to light not only the stage, but the area around it as well.”

The lighting designer for Magic Beans, the popular genre-defying jam band that started Beanstalk five years ago, Farquhar was a natural choice to work the festival, which featured a diverse range of artists this year headlined by its founders plus Disco Biscuits and Fruition.

Farquhar’s free flowing holistic approach to lighting design fits his clients’ music as well as the spirit of their namesake festival.  “I really try to create overall looks instead of just having the fixtures constantly moving,” he said.  “My style is more on slow movements, set look positions and lots of wall looks with gobos. I tend to use a lot of dimmer chases and of course color effects.  I really like when the stage gives the appearance that it’s ‘breathing’ with a lot of different components coming together to make a whole impression –too much of any one effect and you can easily lose the audience.”

The interplay between the Rogue R1 Spots and Intimidators in his rig helped Farquhar and other LDs at the festival achieve this kind of dynamic look. “There were 12 Rogues, six Intimidator Wash Zoom 350 IRC and six Intimidator Wave 360 IRC fixtures in our festival package,” he said. “Each of them worked in conjunction with the others to create a complete look. The R1s are incredibly bright for how small they are, and because they’re LED they have super smooth dimming.  They also have two overlapping gobo wheels, which can be used to create some really cool effects especially on the backdrop.  The Waves stood out big time to me partly because I’ve never used them before. It’s always fun to have new technology at your fingertips.  As far as the 350s went, I really liked being able to break up the diodes for cool effects.” 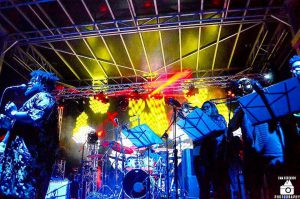 Lighting in Farquhar’s festival rig was positioned on upstage and downstage truss as well as on six vertical floor towers. The six Intimidator Wash Zoom 350 IRC units were flown on downstage truss and used primarily for band lighting as well as chase sequences, silhouette looks, backdrop washing and – on occasion – audience blinders.

On the 16’ high upstage truss, Farquhar flew six of his Rogues and the six Wave 360 fixtures. “The R1s were almost spaced evenly with the Waves filling the gaps,” he said.  “I was hoping to create nice beam effects with the Waves, and also use them as band accents when the spots were in motion.  The combo of these 12 lights really helped anchor the top of the upstage, and provided great options on the backdrop as well as on the 360-degree canvas that the Rocky Mountains provided.”

The six remaining Rogue R1 Spots in the rig were positioned on towers spread evenly across the upstage deck with two Amhaze II water-based haze machines. “These fixtures worked as a great backlight to the band,” said Farquhar. “They also created some very lively looks when they overlapped with the R1s that were flown overhead. This was especially true when they worked with the haze.”

Given the eclectic mix of artists at the festival, flexibility was of paramount importance to Farquhar when designing his rig. “We had only 24 fixtures in our rig, but since the Waves had four heads each, it was as if we had more,” he said. “The Waves added some nice character to all of the looks, and could really take you to a different mental space when the bands would drop into the minor chords.”

All in all, noted Farquhar, the rig opened a wide range of creative options for him as well as all the visiting band LDs.  In so doing, it helped make this lighting designer’s dream festival site that much sweeter.