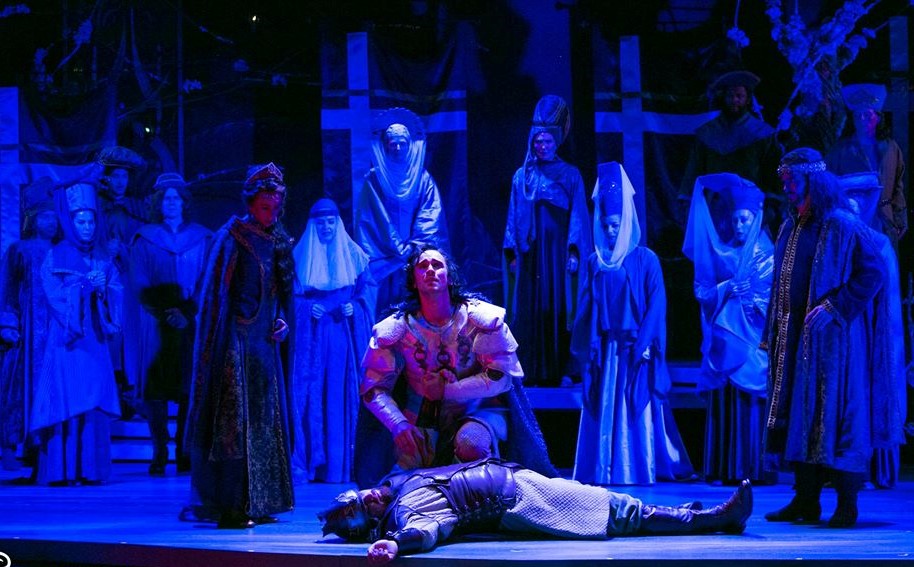 CHANHASSEN, MN – The Chanhassen Dinner Theatres complex has been a beehive of activity since it opened in 1968. In a typical year, its kitchen will serve 14 tons of steaks, four tons of prime rib, 120,000 chicken breasts, 18 tons of fresh green beans and half a million dinner rolls. Things are equally busy on the theatrical side. Over 10 million people have seen shows at the Chanhassen, which is the largest professional dinner theatre in the US.  Most productions run eight shows a week for six months, separated by breaks of only a few days.

The production schedule at the theatre complex, which is located 20 miles from Minneapolis, is not only full, it’s also varied, with musicals, concerts, dramas, comedies, one-person shows and ensembles all being performed on its stages. Not surprisingly, Sue Berger, the theatre’s lighting director has three main criteria in mind when selecting fixtures for her oft-used rig: reliability, performance and flexibility. Following these guidelines, she recently replaced her aging 250-watt moving discharge fixtures in the main theatre with seven CHAUVET Professional Rogue R2 Washes, supplied by Monkey Wrench Productions.

“Our ownership team is dedicated to doing things the right way and carefully investing in solid equipment, especially because we do maintain such an active schedule,” she said. “Any fixtures we add to our rig must be capable of holding up to extensive use. Versatility is also a key factor, because we produce a wide variety of shows.  With space at a premium, each instrument needs to be able to fill a multitude of roles. So researching fixtures prior to committing is critically important. ” 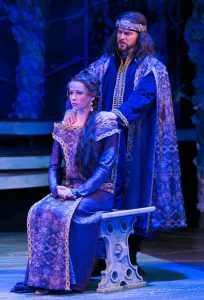 With this in mind, Berger looked into a variety of moving LED washes, before narrowing down her options to three choices. “I went to Monkey Wrench to compare the three final fixtures,” she recalled. “The Rogues were clearly superior to one and matched up closely with the other, but they were considerably more affordable, which is why the decision to add Rogues was an easy one.”

Having added the Rogue R2 Wash to her rig, Berger now moves the fixtures to different positions depending on the show. She has them perform a variety of functions, including top lighting, side lighting, back washing, special effects and more. The RGBW fixture’s wide zoom range of 12°-49° gives her the option of using it to cover areas of widely different sizes, while avoiding spillage onto the audience.

“Modern moving fixtures can do much more than special effects lighting in a theatre,” she said. “With color mixing, zoom and other features, you can create an array of looks, while keeping the number of units in your rig relatively low. I’ve used the Rogues for ‘Beauty and The Beast’ and ‘Sister Act,’ and am now using them for ‘Camelot.’ Next, I’ll be using them for ‘Grease.’ Each show creates a different set of demands, but the Rogues adapt very easily.”

“While all of the fixtures are hung above acting areas, they are not used only as top lights,” said Berger. “More often they are used as back light or to create a strong high angle side light. The upstage two fixtures also swing around to aim at a far upstage scrim that masks the orchestra and add extra depth to the background scenery.”

Berger relies on the Rogue R2 Wash’s zooming to accent key visual elements during the play. For example, the Rogues add drama to “Camelot’s” jousting and knighting scenes by pinpointing Lancelot’s miracle with a white beam that cuts through all the color from above.  In another scene, the fixtures are used as an isolated spot on Excalibur during the narrative’s final moments.

The color rendering capabilities of the Rogue R2 Wash are also playing a key role in lighting “Camelot” for Berger. “There are so many gorgeous colors in ‘Camelot,’ as well as a lot of whites that can be a challenge,” she said. “Some of the teals used, for example, can be tricky to light.  The Rogues not only allow me to create the exact hue to bring the costumes and scenery to life, they also are powerful enough to punch through, creating strong focal points.”

Looking ahead to “Grease,” Berger knows that there will be a new set of lighting challenges. With her well-chosen rig, she’ll be able to meet them night after night at this very busy dinner theatre.