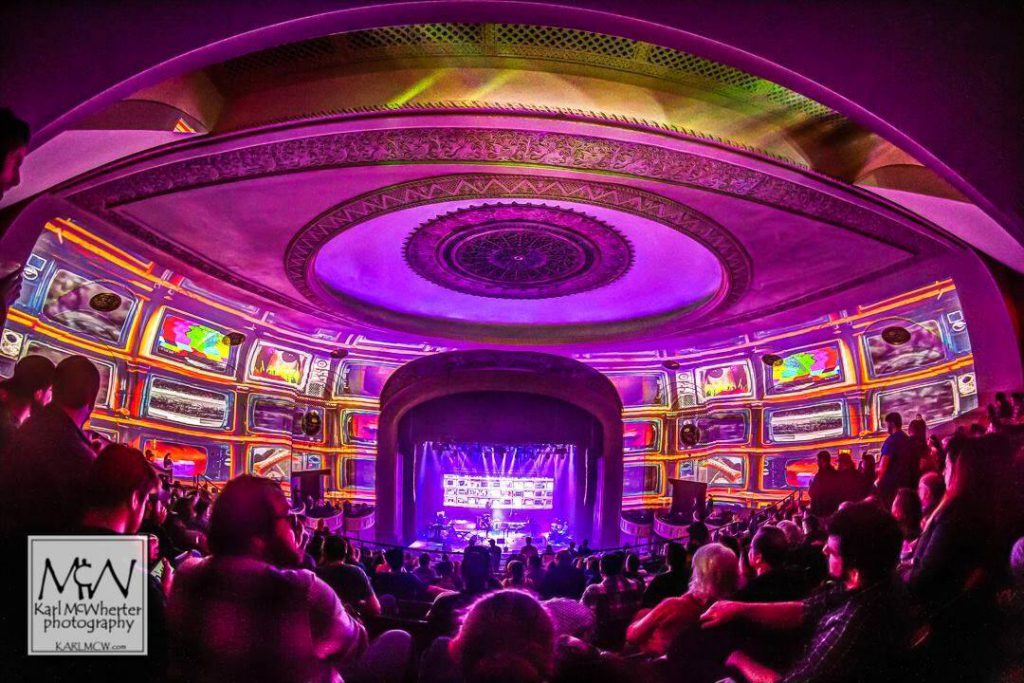 PORT CHESTER, NY – In 1984, the US federal government added the Capitol Theatre to its National Register of Historic Places. It was a smart choice. When it comes to the history of rock music in the US, few venues have packed more of it into their confines than this 92-year-old former vaudeville/cinema house just north of New York City. Eric Clapton performed here; so did Bob Dylan, David Bowie and the Rolling Stones. The Grateful Dead played 13 dates here in a one-year span, and Janis Joplin debuted her signature “Mercedes Benz” song on its stage, much to the surprise of her band, after writing it in a hurry at a local bar.

History wasn’t the only thing glowing at the 1,800-seat theatre on Saturday night February 10th, when Pink Talking Fish paid tribute to some iconic music from Capitol Theatre alumni with a concert that ran through Pink Floyd’s “The Wall” album, along with some juicy tunes from The Talking Heads and Phish. Transforming the entire room with evocative images was a video show designed by Vin Pugliese that included projection mapped images and a bright, massive LED wall created with CHAUVET Professional PVP X3 LED tiles, supplied by Image Production Services.

Using Resolume Arena 6, Pugliese served up a mixture of custom-designed visuals and live camera feeds to envelop the stage and the room from walls to ceiling with a blissful procession of images that captured the spirit of the music. Working in total visual harmony with the video images was a vividly colored lightshow by Victor Cornette that utilized the theatre’s house rig and a floor package of eight CHAUVET DJ Intimidator Hybrid 140SR fixtures.

Pugliese’s video wall, which was flown about 4’ over the deck and ran almost the entire width of the stage, was made up of 124 PVP X3 tiles. He used the 3.9mm pixel pitch tiles to display high resolution artwork that reflected the songs being played, such as showing pulsating brick walls during “Another Brick In The Wall (Part 2),” and a writhing fire-colored David Byrne during “Burning Down The House.” He also called on the PVP X3 tiles to show images of the bands being celebrated and live video feeds of the artists on stage. With a brightness of 1500 NITs, the panels had no problem showing up against the intense lightshow and surrounding projection images.

“The panels were super bright and clear,” said Pugliese. “We had a lot going on throughout the evening, since visuals are a big part of the show. The massive video wall was obviously a focal point of the design, and the panels were definitely bright enough to stand out.”

Pugliese also appreciated the secure hardware features that made the interlocking LED video panels easy to set up. A glitch in the delivery schedule of the panels left him with very little time to build his center stage video wall. With the panels not arriving until the afternoon, Pugliese was still setting things up 20 minutes before the doors opened. It was, he says, wild, crazy and exciting…just like back in the day of Janis, Jerry and the other legends. Only then, no one had the tools to create the magnificent images that this video master conjured up for a sellout crowd on this cold February night. 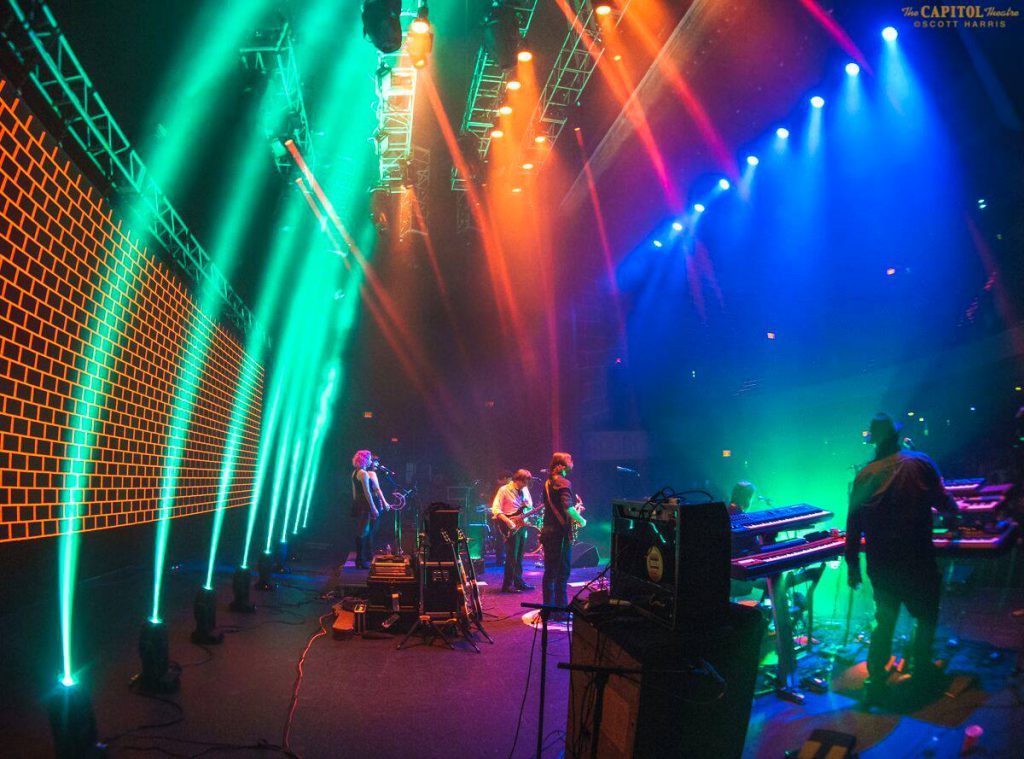