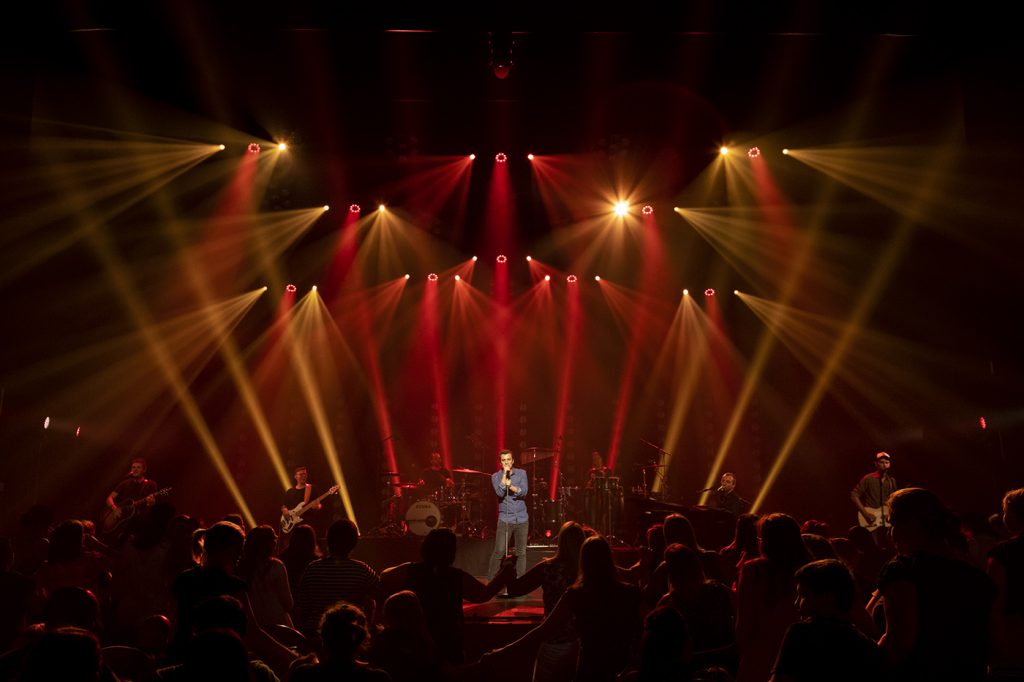 Providing the central visual element to Painting With Light’s entire design concept was an enlarged photo of both artists, which occupied the space normally dominated by large LED video screens. Surrounding this, LD and designer Luc Peumans constructed various visual elements within the stage space, utilizing the selection of CHAUVET Professional lighting fixtures.

Key to Peumans’ visual concept were 11 Maverick MK1 Hybrid fixtures, which were positioned on the ground to provide cutting beam and split wash effects. In addition to the versatile performance package of the fixture, which includes two 6-position rotating slot and lock gobo wheels, a 7-position+white color wheel and 3-facet prism, visual punch for the pair’s plethora of upbeat numbers was guaranteed thanks to the 440W Osram light source and 13º – 37º zoom range.

For side lighting, six 2-meter high stands were each rigged with Rogue R2 Washes to illuminate Niels’ backing band. Working in harmony with the beam effects of the MK1 Hybrid to achieve an all-encompassing effect, the saturated RGBW colors of the LEDs were able to accentuate the backing band and photo backdrop by spreading saturated tones smoothly throughout, simultaneously succeeding in shaping a number of varied and contrasting atmospheres for the pair’s eclectic catalogue of songs.

In addition to two Maverick MK2 Spots specified to project crisp, clean spotlighting upon Niels & Wiels, Peumans incorporated a further 10 Maverick MK3 LED washes to introduce a subtle blanket wash element to cover the whole band on stage. Thanks to the 27 x 40W pixel mappable LEDs of the Maverick MK3s and features such as pixel mapping effects and CTO color mixing, programmer Jeroen Opsteyn and Niels’ regular lighting operator Kristof De Dycker were able to craft a number of diverse looks and interactions with the rest of the CHAUVET fixtures.

To provide visual support for Belgium’s most talked about collaboration, Peumans and his team were ultimately required to perform a collaborative effort of their own. Thanks to their decision to utilize the versatile effects and features of the array of CHAUVET Professional fixtures, they succeeded in creating a unique visual display of energy and color to induce unique looks for Belgium’s hottest band. 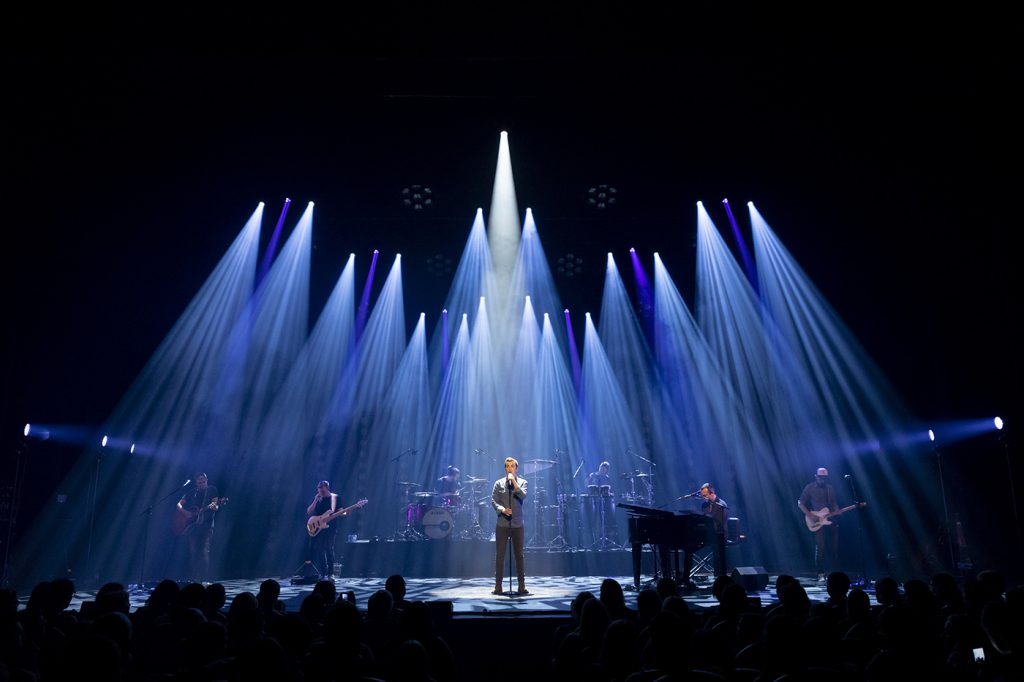