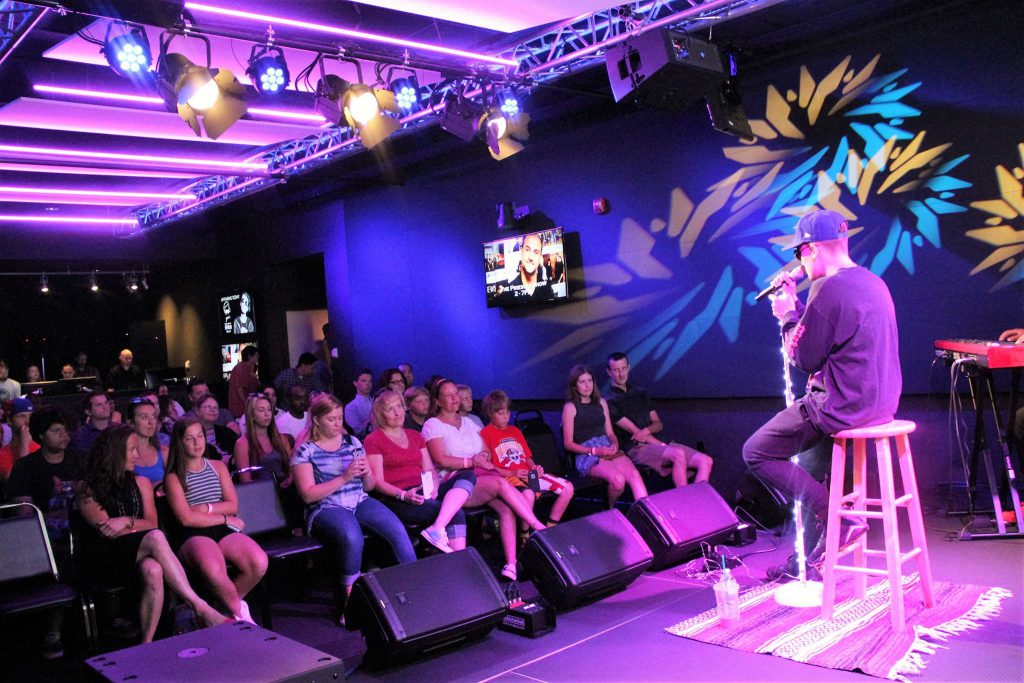 BALTIMORE, MD – Traditional boundaries that used to separate different media are fading away like lines in the sand in today’s digital age. Case in point: For many forward-looking stations, it’s no longer enough simply to play hit songs; they also have to show live performances that are available to young (and young at heart) listeners through podcast and YouTube videos. Keeping with the trend, CBS RADIO Baltimore opened a state-of-the-art UpClose Performance Studio at its headquarters to host and broadcast invitation-only concerts and special events.

Opened earlier this summer, the studio is earning rave reviews, not only for hosting artists like Magic!, Gnash and Jordan Smith, winner of the 2015 edition of The Voice, but also for its colorful music venue-style looks. Contributing to the latter is an impressive collection of CHAUVET Professional LED fixtures supplied by Showtime Sound.

“The station and Showtime both felt it was important to make the studio come alive — as if it were a live music venue,” said lighting designer Brett Angstadt, who was responsible for putting together the UpClose rig.

“Given that this is a performance studio, we didn’t have a great deal of space to work with,” said Angstadt. “Yet, we wanted to be able to create a lot of different looks, because the venue is hosting a wide variety of acts. We also wanted the stage to look big and exciting, so it was essential to choose our fixtures carefully. The Rogue R1 Spots played a key role in my design. I spread them evenly on the upstage truss, so they could be used for gobo projections on the walls, stage and ceiling. The movement of these gobos creates dazzling effects on stage as well as the entire room.”

Angstadt relied on his COLORdash Accent Quads, which are flown on side truss, to downlight the walls flanking the stage and to colorize the entire studio. The LD also washes the stage with color from the COLORdash Par-Hex 7, which is flown on upstage truss and downstage truss.

“Color was obviously very important to setting the music venue tone in this room,” explained Angstadt. “In addition to the Rogue and COLORdash fixtures, I relied on the COLORband PiX for color and eye candy. They are positioned to face directly to the audience and camera. I set them up in 36-channel mode, giving me 48 total pixels to run color and dimmer effects along with the shows. I also like to turn off half of the pixels in each fixture to give more separation between pixels and variation between looks.”

The Ovation Fresnels in the UpClose rig are positioned downstage and used as a front light. “We run the Ovations at about 3000K, and they give us a nice even front light,” said Angstadt. “I use the R1 Spots and COLORband PiX for various effect options, leaving the Ovations to wash the stage and keep an even base for the cameras. Basically, I approached this as if it were a concert venue, because essentially that’s what it is — and that’s in keeping with the client’s vision for the space.” 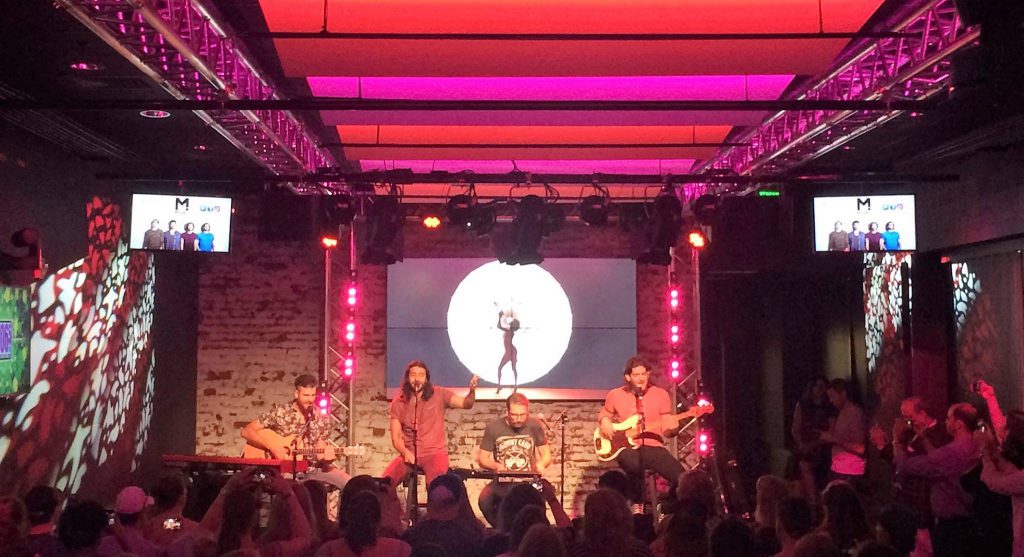