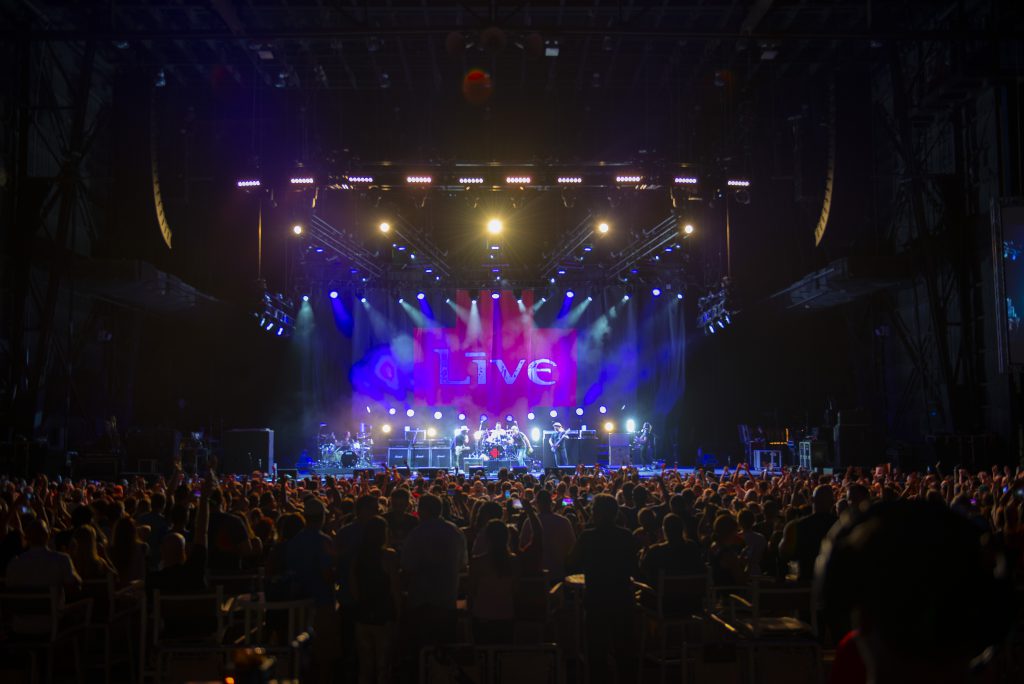 NEW YORK –  On January 16, 1993, Van Morrison was a no-show at the Rock and Roll Hall of Fame ceremonies. Filling in for him as a last-minute replacement was a young, unknown band from San Francisco. They performed a cover of Morrison’s “Caravan” and earned a measure of national attention. Eight months later, they released their first album, August and Everything After, which reached No. 2 on the charts.

For Counting Crows, the “everything after” has added up to an incredibly successful career as one of rock’s most iconic and successful groups, with more than 20 million albums sold worldwide and a hit single “Mr. Jones” that’s instantly recognizable to music fans everywhere. Now, a quarter of a century later, the band hasn’t lost any of the rock magnetism that put them on the map. This energy is on full display on their current 25 Years and Counting tour, which is supported by an upbeat Mike Zielinski-designed lightshow that features STRIKE 1 fixtures supplied by Upstaging, Inc. 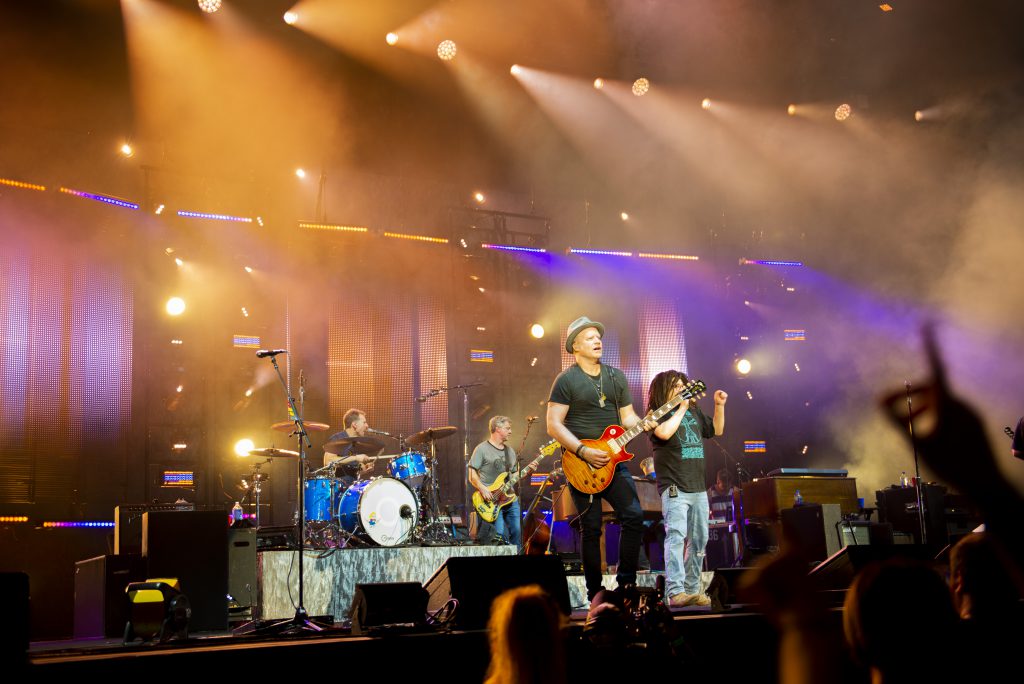 “With 25 years and seven albums of music, we have a very large catalog of songs that can be played on any given night,” said Zielinski. “This creates a need for a diverse, flexible rig. I like to have a lot of color palettes and video content to keep up. I also need versatile fixtures, which is why I like the STRIKE 1s for this rig. They fill a wide range of roles for me, like accent lighting, backlighting and blinders.”

At times Zielinski uses his STRIKE 1 fixtures with amber shift to create different moods for more reflective songs or for those moments when frontman Adam Duritz reflects on the band’s history.  Zielinski also calls on the 230W LED fixtures for audience lighting.  “There are many fans who have turned out for Counting Crows concerts every year for the past two decades, so the connection with the audience is important,” he said. “The band feeds off the energy of the crowd.” 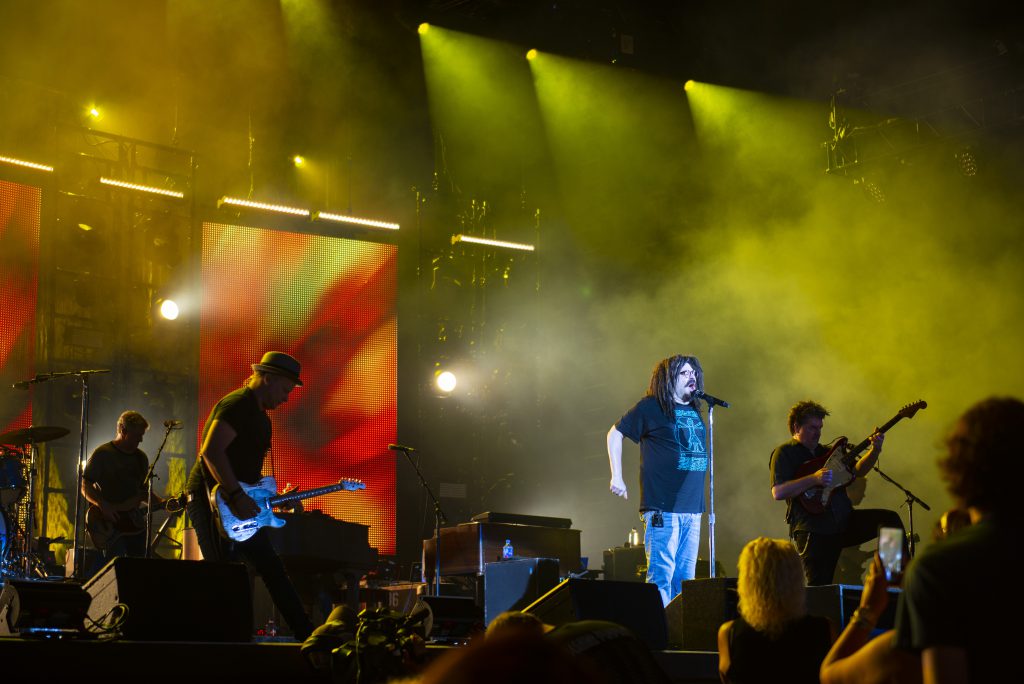 Zielinski is positioning one STRIKE 1 fixture at the end of each piece of a five-finger truss structure. He uses these units for audience lighting. Another eight STRIKE 1 fixtures are staggered around a video and lighting wall structure and are used for specials, backlighting and eye candy.

In addition to having designed the show, Zielinski is running the boards for the 48-city tour, which began June 27 at Taco Bell Arena and ends with a September 22 appearance at Nashville’s Pilgrimage Festival. Although he turns the STRIKE 1 fixtures up full blast for ballyhoo moments, he is doing little busking, given the size of the show, which has 60 songs programmed.

The warm white glow created by the STRIKE 1 and its emulated red shift, which mimics the dimming of incandescent lighting, help Zielinski evoke throwback moods during the show’s retrospective moments.  He incorporates “tiny bits” from each of the Counting Crow tours that he’s been a part of over the years into his 2018 design.

“There is an element of nostalgia in the show to go along with the forward-looking music,” said Zielinski. His power-packed versatile rig is able to do justice to both. 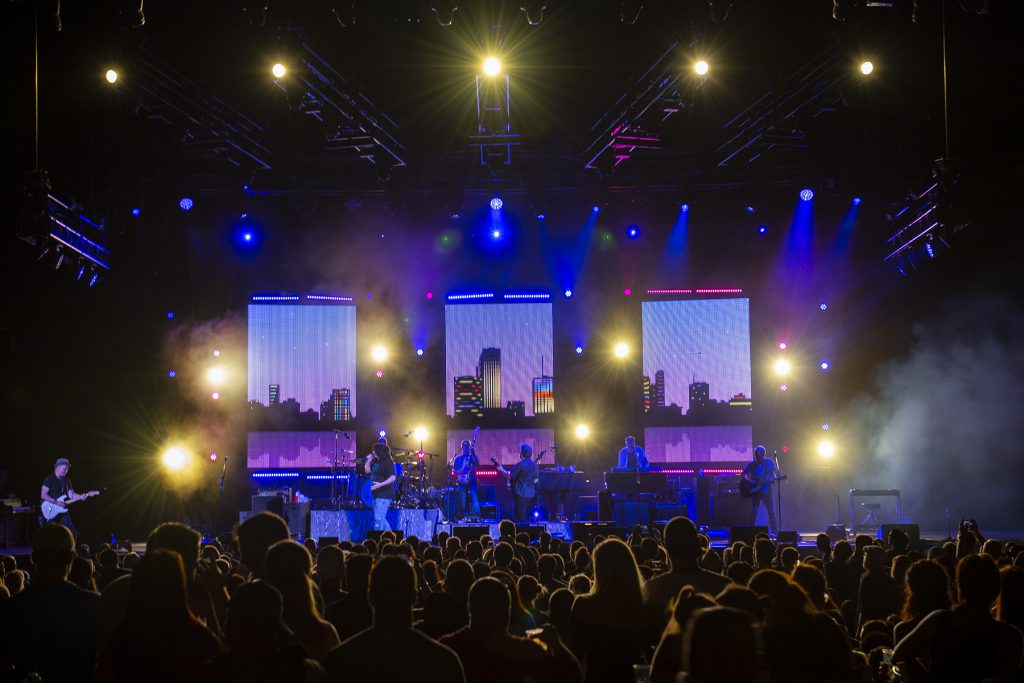