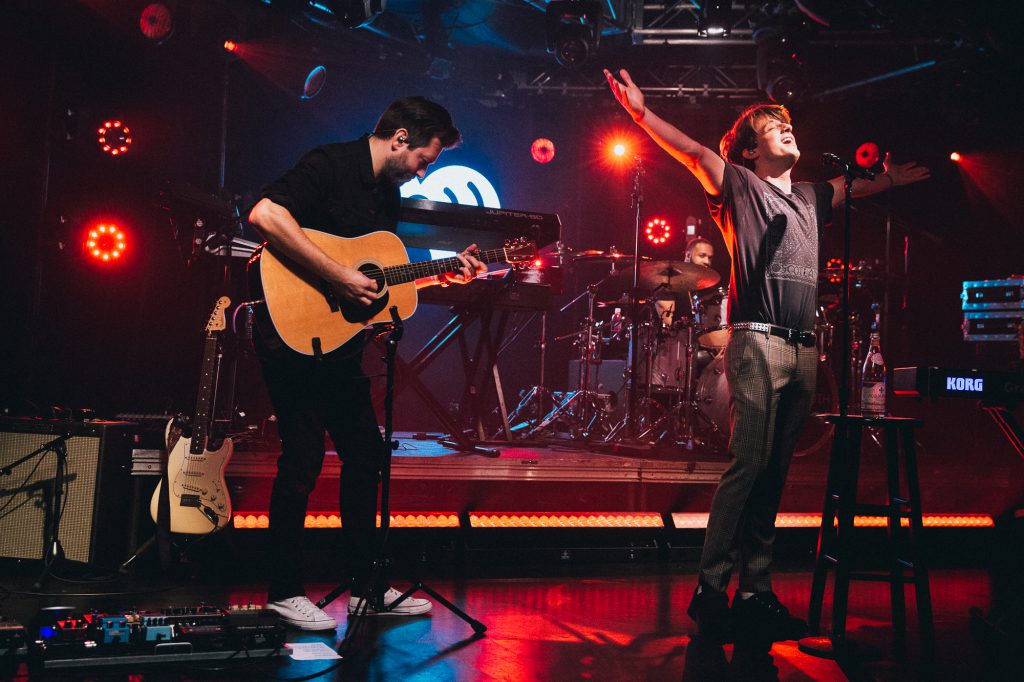 Thursday May 10 was just another day for millions in Manhattan, but for a select number of Charlie Puth fans attending his album release party at the iHeartRadio Theatre, it brought memories that will last a lifetime. Hours before the official release of Puth’s long-awaited sophomore LP “Voicemates,” these lucky few were treated to a very personal 13-song set by the Grammy-nominated young star with the perfect pitch and irresistibly charming personality.

The cozy confines of the theatre contributed to the intimate setting made this experience very special for fans in attendance, but there was also the challenge of lighting the stage to make it come alive for video cameras. Director/Producer Wrion Bowling and lighting designer Eric Morriss met this challenge thanks to some adroit design work with 12 CHAUVET Professional Maverick MK Pyxis fixtures.

Bowling and Morriss were especially appreciative of the multiple looks they could get from the Maverick MK Pyxis. “Our stage and its low 9-fot ceiling above it can make it tricky when it comes to creating depth on-camera,” said Bowling. “Any lights we hang behind and beside the artists become defacto backdrops for our videos, so they have to be attractive in addition to lighting the performance on stage. The Pyxis units not only looked great, the kept creating new looks throughout the set with their versatile beams and rims.” 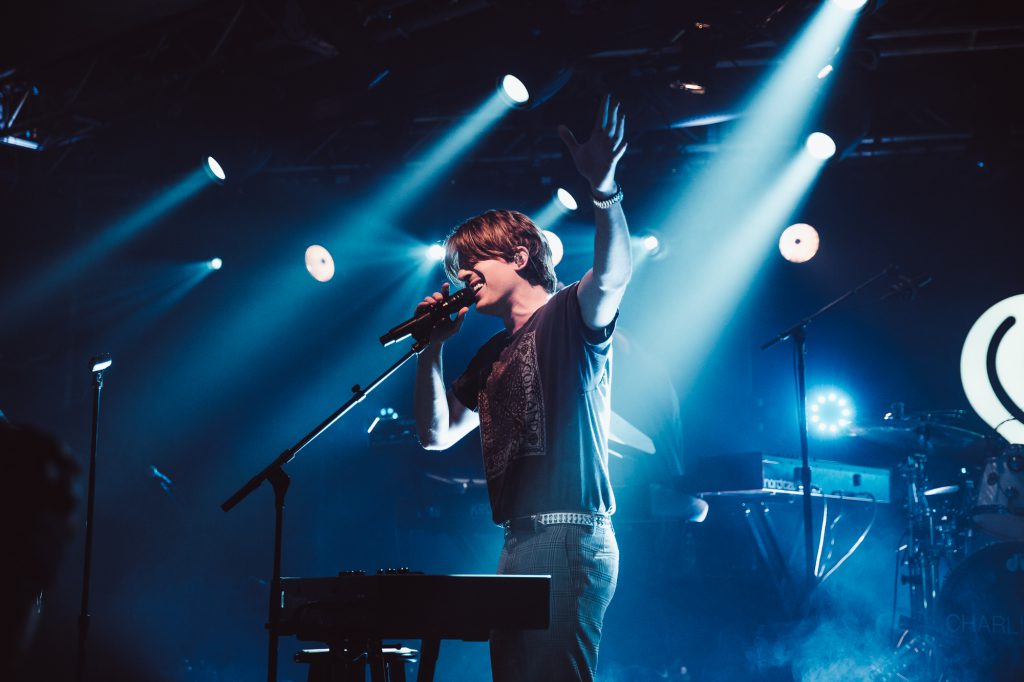 Bowling felt that the Pyxis would be particularly well-suited for an ebullient performer like Charlie Puth. To illustrate his point, he said “having a single pixel ‘spin’ around the rim of the Pyxis paired very well with the more playful moments of Charlie’s set, such as his staccato vocals in the hook of ‘How Long.’”

Lighting designer Morriss positioned eight of the 12 Pyxis fixtures in the rig on upstage pipe. The four remaining units were positioned two to each side of the stage.

“During side profile shots, the Pyxis LED ring was great eye candy set against the negative space at a low level,” said Morriss. “Upstage, the two-in-one beam feature allowed for twice the impact in half the stage real estate which we often find very limited. I favor beam effects when the movement is restricted as it is during filming. Keeping the energy up and in-step with the music is important. With powerful beams on a small stage you really want to be safe and mind where they go. The Pyxis is very powerful, we ran them at 20-percent maximum.”

Noting that the Pyxis fixtures were in virtually all camera shots during the set, Morriss drew on their versatility to create a steady flow of new looks. “Exploring the capabilities of a fixture like this is fun,” he said. “Charlie has a wide range. During the more intimate moments the ring of the Pyxis focused wide at a low intensity gave us a great look for the camera without pulling focus. At other times, we focused the ring narrow to create an attractive “tunnel” effect. We also ran them in standard and had fun with gobo line effects to create unique shimmer effects for the ring — and we made one-shot effects for specific hits in songs.” 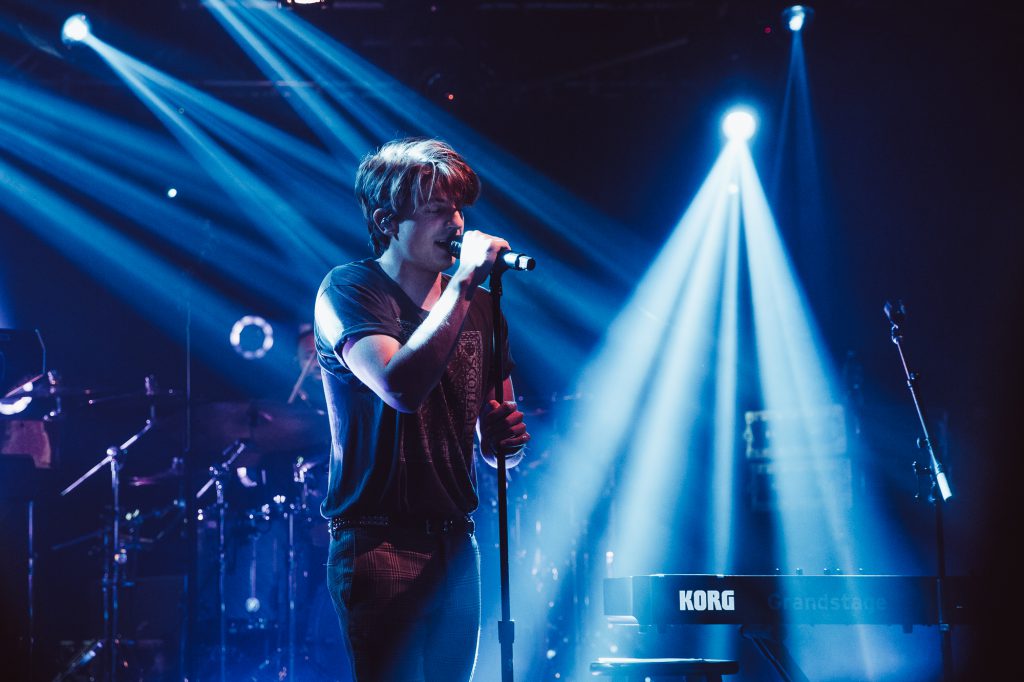 In addition to the Pyxis units, the rig for the Charlie Puth show included five Rogue R1 FX-B linear fixtures, which were positioned behind the risers as floor units. The moving linear fixtures were used to create some interesting textures on-camera between the artists and the upstage curtain.

For Puth, the Voicenotes Album Release Party represented a homecoming of sorts. The New Jersey native has appeared at the iHeartRadio Theatre several times in the past.
“It’s always fun when Charlie comes through, because of the good feelings he creates and how relaxed he is as an artist,” said Morriss. “With him, things just seem to flow naturally.”

On this special day in May, the lighting flowed right along with this impressive rising star. 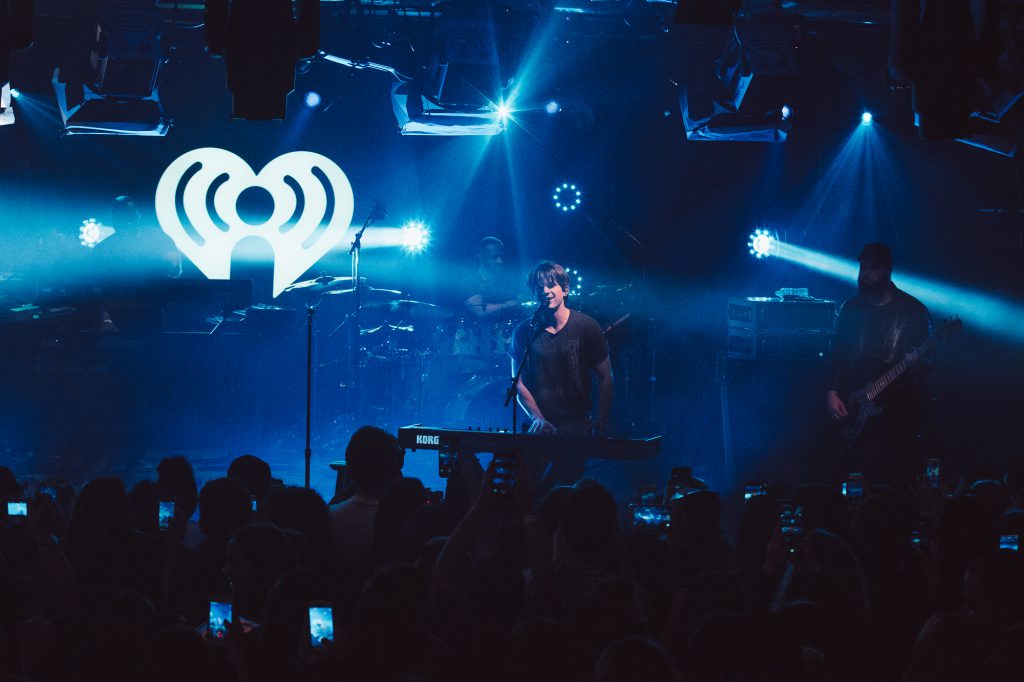