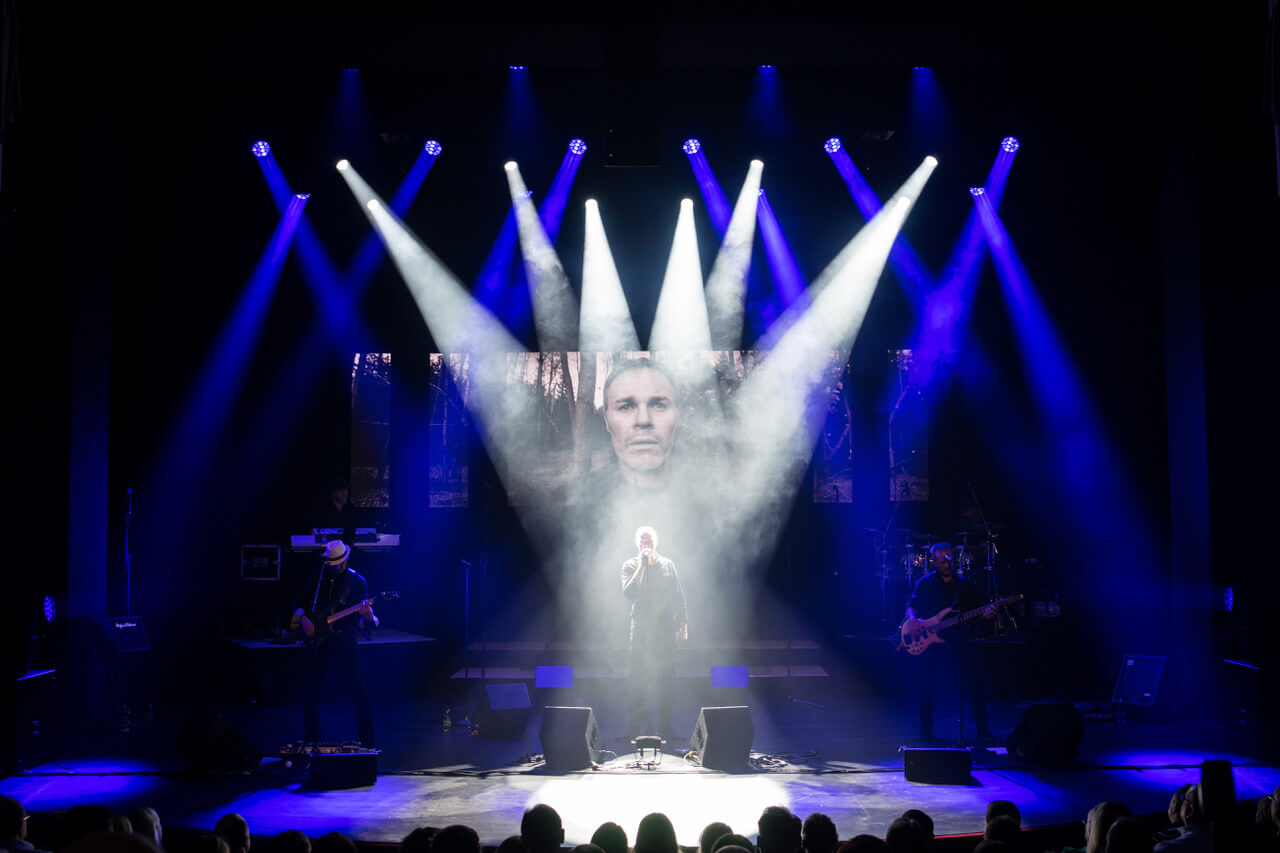 ASCHAFFENBURG, GERMANY — The German theatrical tradition, with its powerful playwrights like Bertoldi Brecht and Heiner Müller, has always relied on colorful and vivid productions to convey the intricacies of the nation’s intricate language and rich culture. For more than two centuries, this tradition has flourished beautifully at the Stadttheater Aschaffenburg, which has played host to countless seminal productions since first opening its doors in 1811. 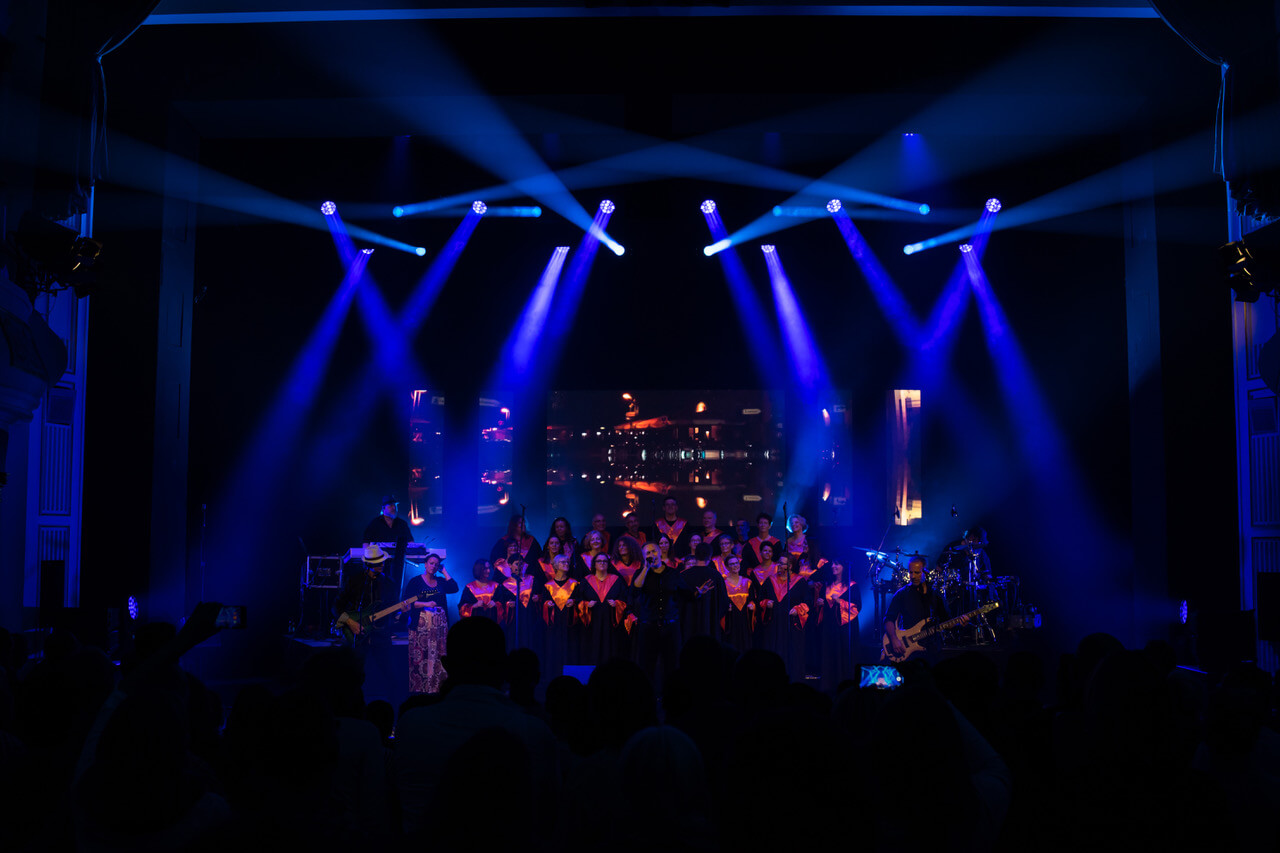 The Stadttheater Aschaffenburg traditionally presents audiences with a wide spectrum of performances throughout the theatrical calendar. Thanks to the multi-functionality of the Maverick and Ovation fixtures, lighting designers working at the theatre are able to create a stunning and dramatic mix of visuals for a diverse range of productions. The versatility of the new system was brilliantly evident recently at the theatre’s reopening, which featured a challenging interpretation of Max Frisch’s novel Homo Faber by the ensemble of Theatre Chemnitz.

“The combination of MK3 Profile and Ovation series provided a solid basis for creation of a powerful palette of looks,” Blattner said when describing that production. “Perhaps the most important factor for a play of this kind, however, is the high CRI of the fixtures. This capability in our fixtures, along with the incredibly talented director, cast and scenic designers from Theater Chemnitz all contributed to a powerful production that moved the audience.” 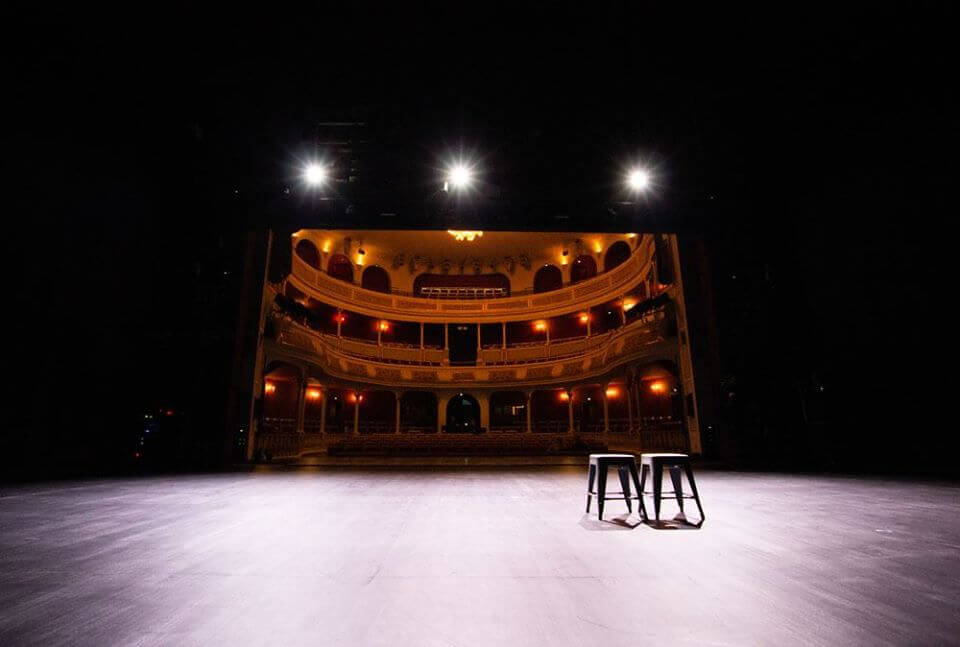 Another significant advantage of the new installation is the added versatility and flexibility that results from having moving heads and ellipsoidal style fixtures working side by side. In addition to benefitting from the Maverick fixtures’ gobo and split beam effects, the performance is enhanced by the full color mixing of the F-915FC fixtures. Indeed, these ellipsoidals allow technicians to change colors on the fly, a development nothing short of revolutionary in the eyes of the theatre’s long-standing technicians.

“The Ovation fixtures, in particular, present us with a number of practical possibilities regarding show preparation and execution,” said Andreas Dinter, lighting director of Stadttheater Aschaffenburg. “Whereas previously we had to manually change colors using old-fashioned color foils several times during the year for re-runs of performances; now we’re able to save and recall color settings very easily on a show by show basis.” 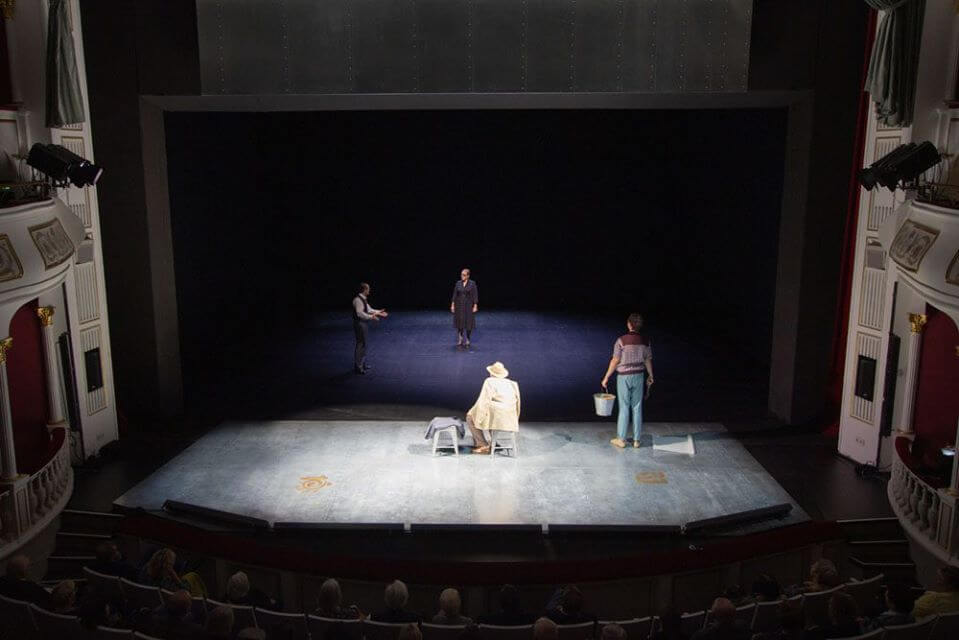 With Germany’s theatre scene heavily steeped in tradition – both from the acting and technical perspective, LED fixtures are still met with a certain degree of skepticism within the community. Thanks to a number of benefits associated with reduced power consumption and minimal heat generation, however, Blattner was able to convince the board of theatre directors that an LED installation could harbor a number of benefits over traditional energy-sapping tungsten par cans.

“Technical advances such as these ones are always significant when they occur,” he said. “It was our responsibility to think about a future proof solution for the theatre. The very positive audience reaction to Homo Faber was confirmation to all that dramatic lighting and energy efficiency need not be mutually exclusive.”