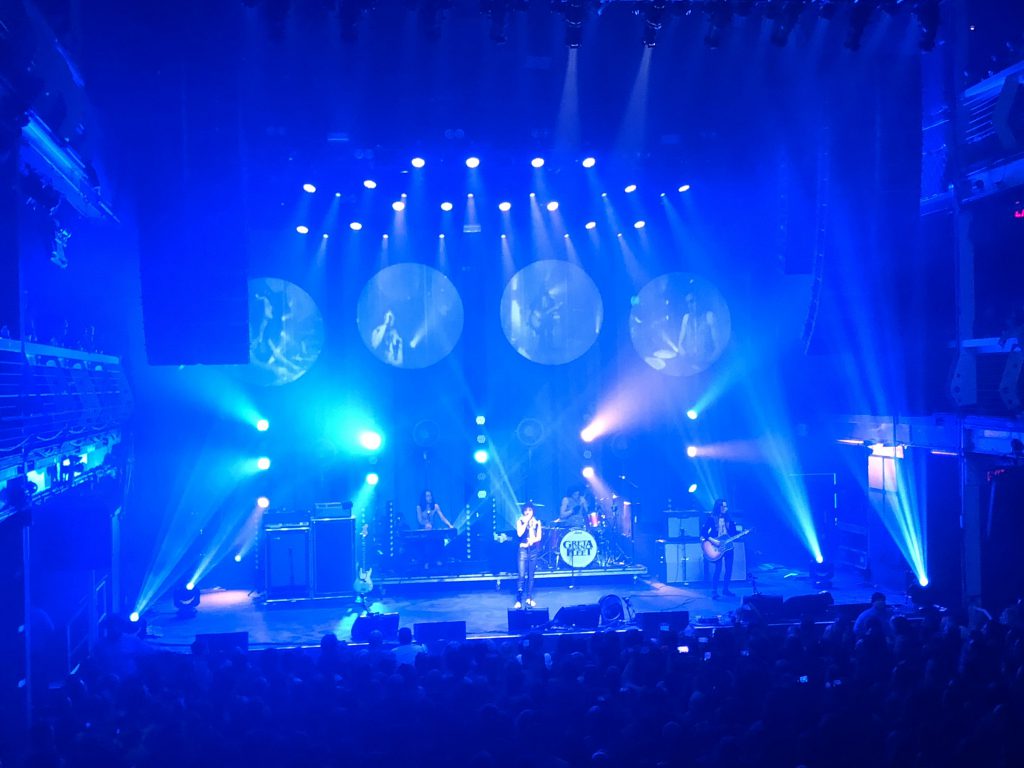 When Eric Cathcart got the call to create a lighting design for Greta Van Fleet, he didn’t view it as an open-ended gig. “My friends from Premier Global Productions brought me to the table to design and program a show. At the time, the idea was to turn it over to a director for the tour,” said Cathcart, the owner of Bigtime Lighting Design.

As he neared completion of his work; however, Cathcart had a change of plans. “The more I got to know the guys and listen to their music, the more I got the feeling that this would be a great band to hit the road with,” he said. 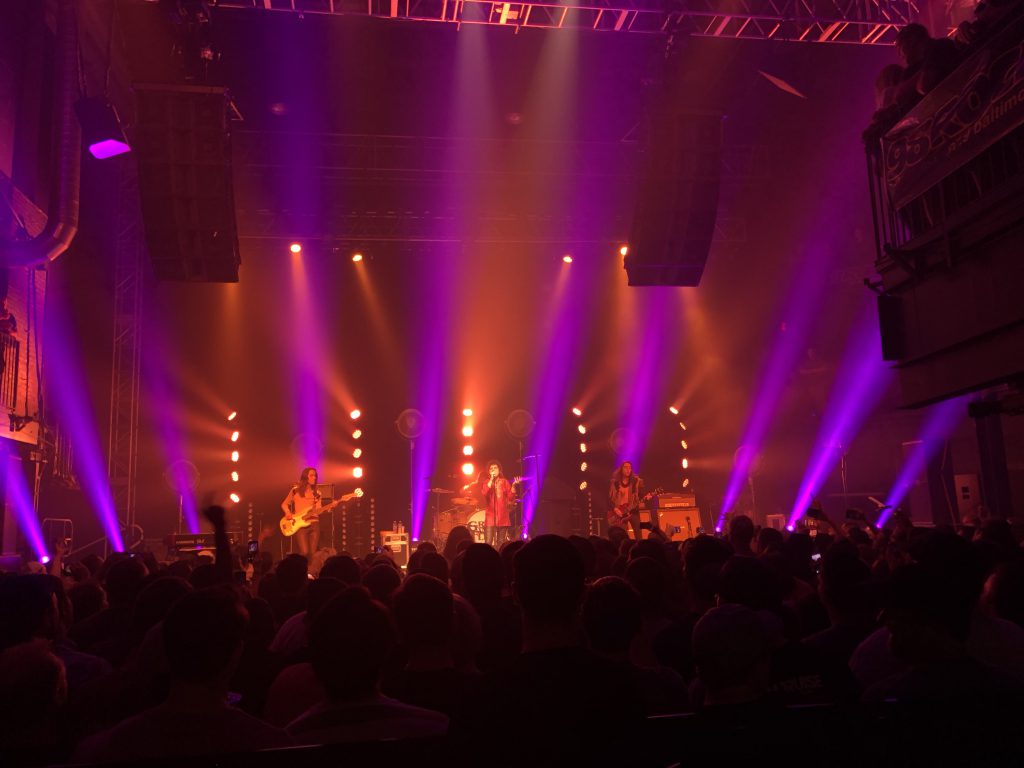 It was a wise intuition. Working the boards for the Michigan-based rockers for their current March of the Peaceful Army tour has put Cathcart in the middle of an incredible adventure, one that has seen his new clients reach the top of the Billboard charts with their debut album and garner four Grammy award nominations in the process.

Traveling with him every step of the way is a power-packed lighting rig featuring 25 COLORado 2-Quad Zoom fixtures from CHAUVET Professional. Cathcart selected the RGBW wash fixtures with an eye toward creating retro looks to match the band’s big 1970s classic rock-influenced sound. 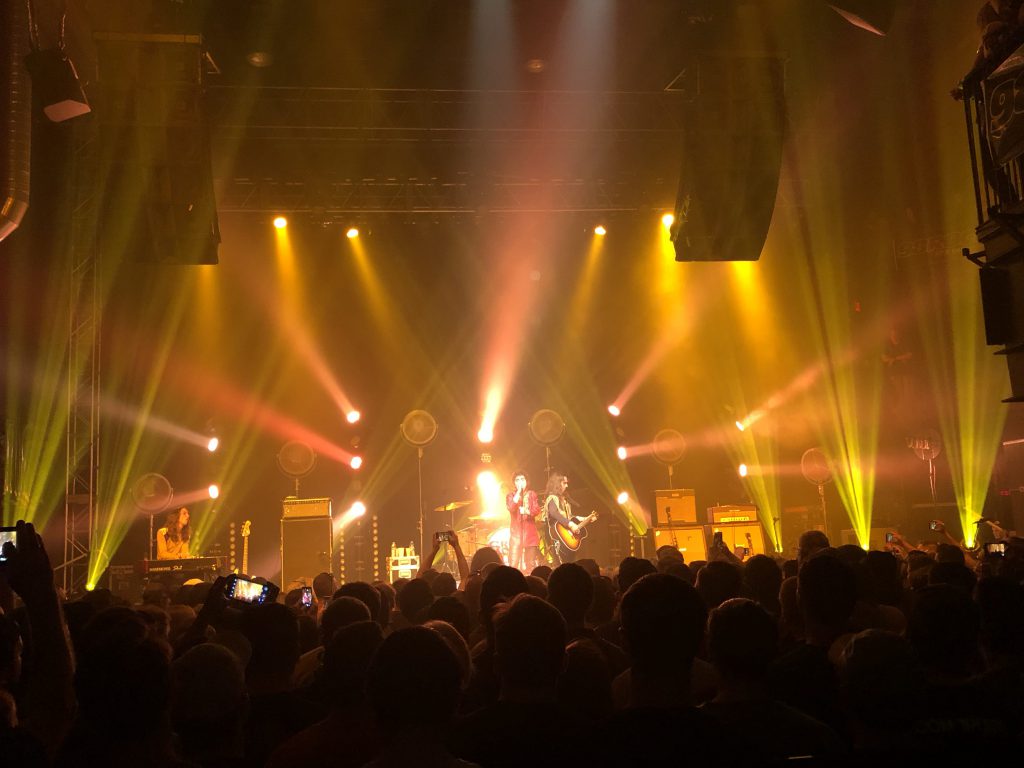 “This music calls for big looks with a retro touch,” said Cathcart. “I give many of my designs a retro vibe in one form or another, so this was right up my alley. My design concept involves creating a lot of old-school par can-style looks, and the COLORados are essential to making this happen. They are the main workhorse of the floor package that we are currently touring with. We have five pipe and base towers, each with five COLORados on them. It’s very similar to having a par can six-bar hanging vertically back in the day.”

Although they evoke images of retro par designs, the COLORado 2-Quad Zoom fixtures also include performance features that allow Cathcart to put contemporary flourishes on his classic design. “The COLORados have a wide aperture similar to a conventional par can, but with the bonus of color mixing and a zoom,” he explained. “The decay of the dimmer curve is just fantastic and adds to the par can feel. The zoom allows me to have bright, colorful beam looks, as well as a solid wall of light without definition behind the band when the haze is going strong.” 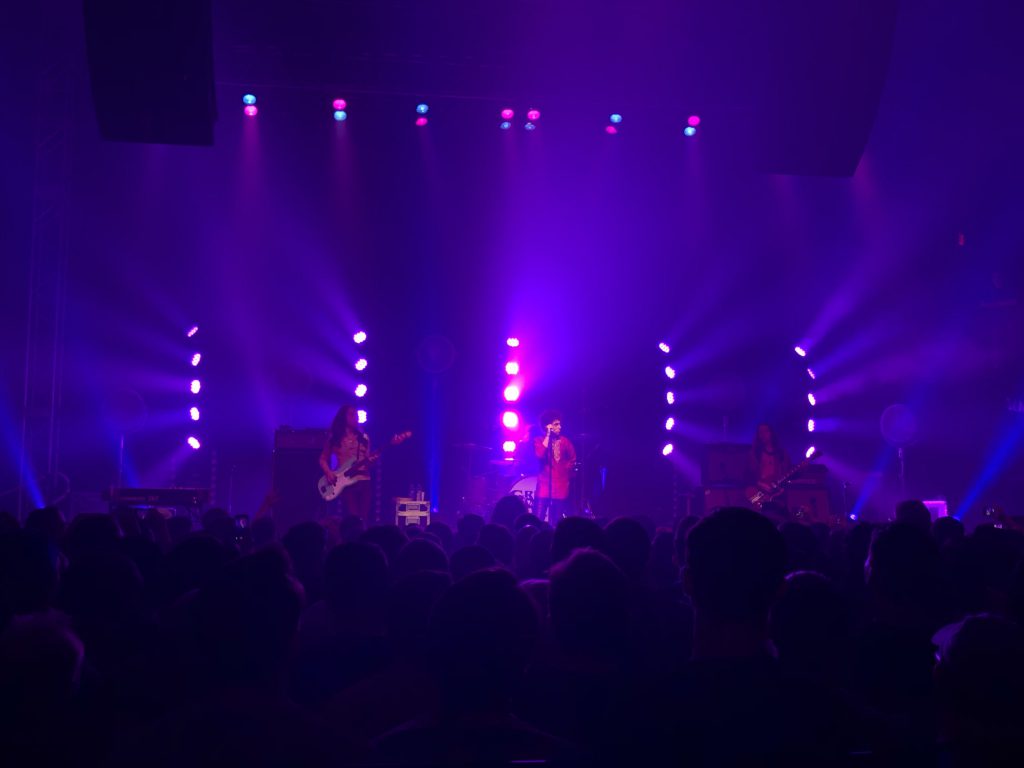 With most of Greta Van Fleet’s songs being hard-driving barn burners, Cathcart keeps his color palette bold and bright, emphasizing reds, ambers, and yellows. When the band moves into mellower songs, he turns to a lot of blues and magentas.

New color combinations or other twizzles are added to just about every show. “Every day the guys are tweaking one song or another, or working on something completely new during sound check,” said Cathcart. “This pushes me to update and polish my programming for each song. It has been great working with these young musicians. Watching them grow and hone their craft has been outstanding.”

Cathcart’s design is undergoing even bigger changes as the band moves into the global arena phase of its tour. “For the first leg, the design was based around space,” said Cathcart. “Backline, audio consoles, and the lighting rig needed to be able to fit in a trailer behind the bus. Now that we’re doing more substantial venues, I have added video, but overall I am keeping the same design concept. From the very beginning, this design was intended to expand to larger venues.”