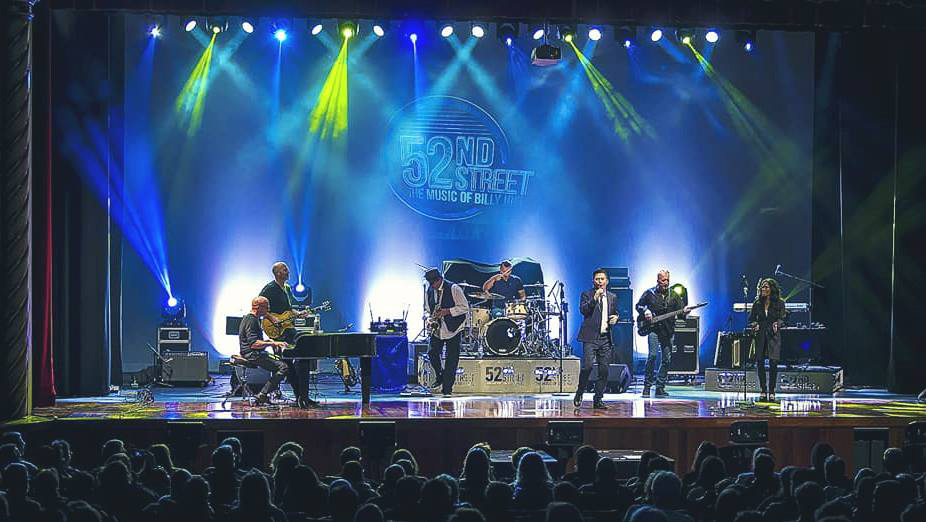 SHEBOYGAN, WI – How do you give each band on a co-headlined show a unique look when both your budget and the number of fixtures in your rig are limited? Glenn Ottenbacher faced this challenge recently when he lit a sold-out appearance by two well-known tribute bands at Wisconsin’s Stefanie H. Weill Center. He came up with a solution, thanks in part to the CHAUVET Professional Rogue R1 FX-B.

Ottenbacher’s show featured Barracuda, a Heart tribute band, and the 52nd Street Band The Music of Billy Joel. “I always want to give every artist a unique look when I am lighting a stage that will feature multiple acts,” he said. “This was especially important in this show, because the musical styles of Billy Joel and Heart are very different.”

To account for this difference, Ottenbacher turned on the four Rogue R1 FX-B fixtures in his rig only for Barracuda’s performance, which took place after 52nd Street appeared. “The music of Heart is a bit more aggressive than Billy Joel’s, so the FX-Bs with their movement and geometric angles fit the mood for Barracuda better,” he explained. “With the five independent moving heads on each FX-B bar and all the different angles I could tilt them at, I was able to make it look like Barracuda had an entirely new light show. The FX-Bs let me create more ballyhoo rock looks for the hard-driving songs in the Heart tribute.”

Hung on the midstage electric, the four Rogue R1 FX-B fixtures were inconspicuous during the opening act’s Billy Joel tribute performance. “You really wouldn’t know they were there when 52nd Street was on stage,” said Ottenbacher. “This all changed when we turned them on and used them for aerial effects, it gave the stage a whole different feel.”

Contributing to the different mood on stage for the two acts were the six Rogue RH1 Hybrid fixtures in Ottenbacher’s rig. Changing colors from the 330W moving fixture (softer for 52nd Street with wider beam angles), Ottenbacher moved the show from a sophisticated cosmopolitan pop style to a rock concert look.

Remaining consistent throughout the entire co-headliner show were the smooth even color washes on stage from the rig’s ten Rogue R2 Wash units. Positioned on the upstage electric, these RGBW moving heads provided a consistent color palette that Ottenbacher could play off of to create unique looks for each artist.

A collection of Legend 230SR beams, positioned on carts that ran across the upstage deck, added to the mood for each performance, being used for crossing patterns for Barracuda and as straight up aerial effects for 52nd Street.

“We were able to create shows that did justice to both bands,” said Ottenbacher. “Thanks to Juan Ocampo and Edward Lowthian for supplying some of the lights that made this happen. People came to enjoy two distinct musical styles at the theatre, and I think our lighting contributed to that experience.” 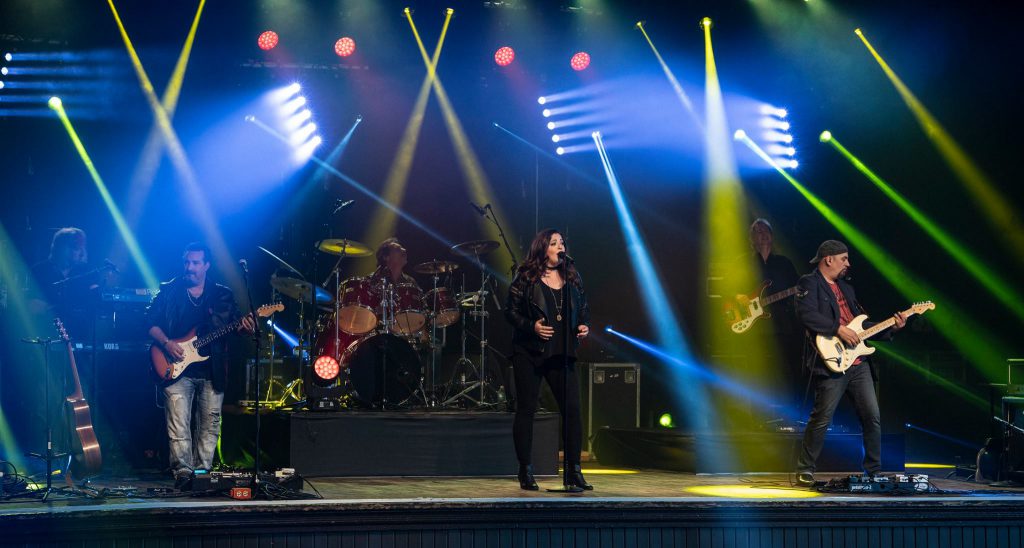