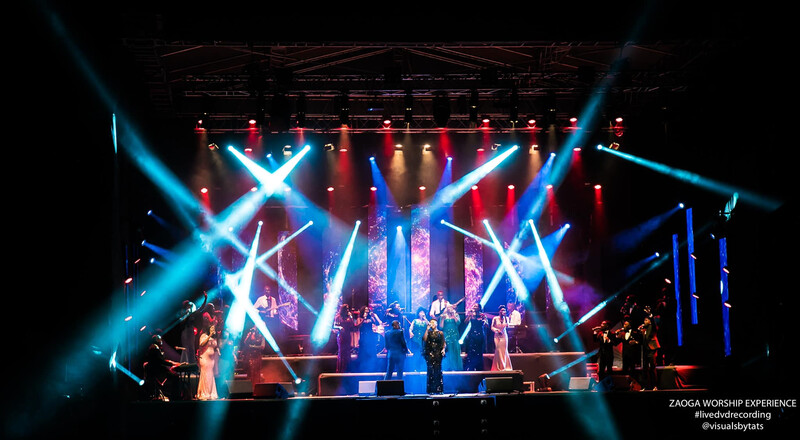 MASHONALAND EAST, ZIMBABWE – Blessing Bero was focused on creating uplifting harmonies for the Zaoga Forward In Faith Church at its October live DVD recording session; not in the form of vocals, the church’s acclaimed choir took care of that, but with beautifully balanced video and lighting displays. “We wanted to create flowing videos for the beautiful music,” said Bero, of Events Evolution. “Our team was able to do this throughout the recording.”

Bero, who served as technical director, set designer and lighting designer at the video shoot, hung 16 0.5-meter by 3-meter LED strips across the back of the stage. “I worked with LED screen engineer and operator Tatenda Rushwaya to create all the attractive visuals that the camera could capture on the strips,” he said. “We used them to play graphic videos that interacted with video playback”

Of course, having the strips display their captivating content while being accompanied by weak, timid light, would have been akin to having a choir comprised only of tenors. The net result would be uneven and uninspiring. To avoid this, Bero balanced the video displays with the bold, colorful output from 22 CHAUVET Professional fixtures. “Given the output of the video strips, we had to beef up our colors with bright, high-output lights,” said Bero. “The lighting and video worked beautifully together.” 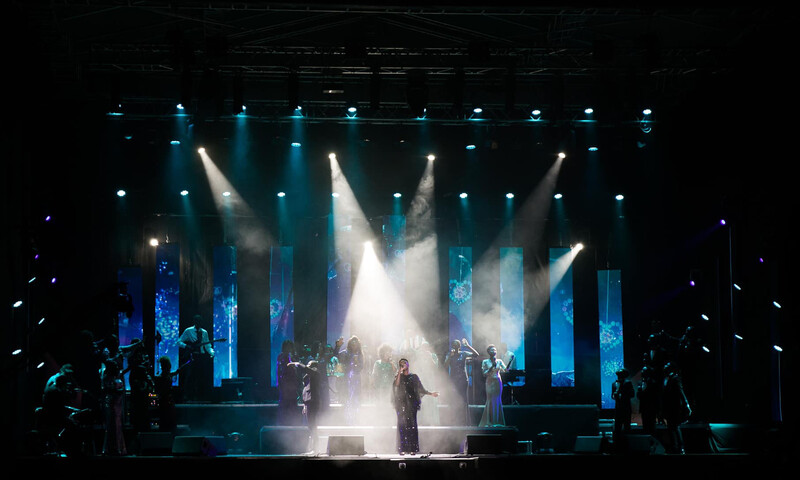 Bero placed three of his Maverick MK2 Spot fixtures on the upstage truss, using them to cover the band in vivid colors and texturizing gobo patterns. The four MK2 Spot units flown over the mid-stage deck also added color while accenting the backup vocalists. The two remaining Mavericks were rigged on downstage truss and used to highlight the lead singers.

Throughout the show, Bero relied on the Maverick and Rogue fixtures to create some harmonies of their own. “My favorite look in this project was when we created a purple and white scene,” he said. “We had the R2 Washes punch a beautiful purple, then we had the Mavericks and R2 Spots direct intense white light at the center stage.”

The net result was, some might say, a beautiful harmony of light!