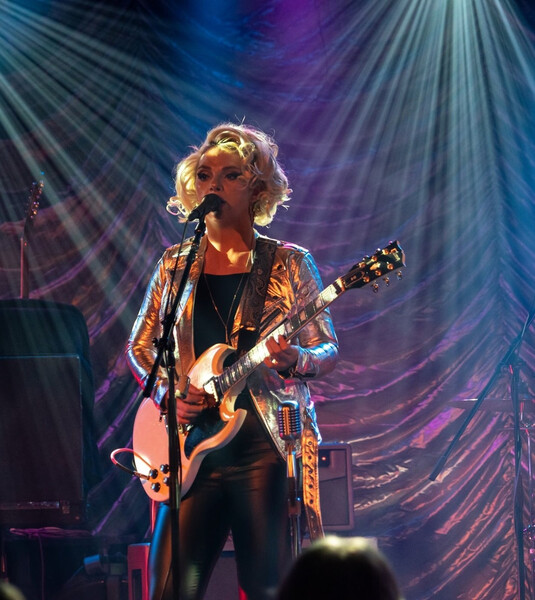 WASHIGNTON DC – Lighting rising blues star Samantha Fish is not the easiest undertaking. The former Blues Music Award “Best Artist of Year,“ is said to describe each of her songs as a unique story. And like all great stories, her compositions are marked by surprising twists and turns, as she unfurls her messages in a sweet, vulnerable voice one moment before challenging audiences with her bluesy undertones.

As for musical genres, Fish shreds them with the same aplomb that her guitar playing shreds chords. Universally acknowledged as a world-class blues guitarist, she moves far beyond here comfort zone to run smoothly through southern rock, R&B, soul and countless variations of the above.

Keeping up with her can be a challenge. But it was one that David Beebe welcomed with open arms when Fish played The Birchmere outside of Washington DC this October. “I love this artist and her music,” said Beebe, the house LD at the iconic club. A lot of greats have performed here at various times in their career, and she definitely deserved to be added to this list. 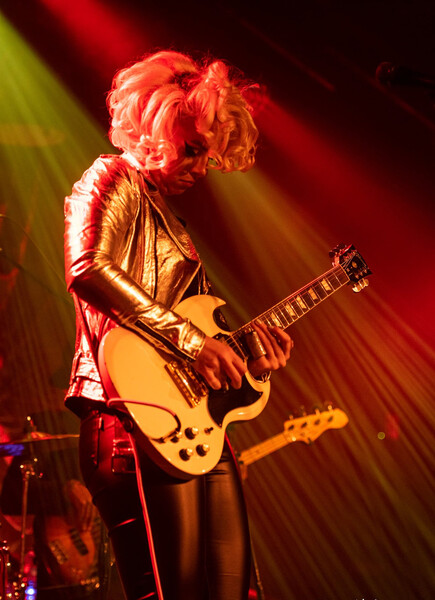 “From a lighting perspective, it was really appreciated that the depth and variety of her music gave me a lot to work with,” continued Beebe. “She slows things down sometimes, which creates dramatic moments. This gave me a chance shadows and patterns as much as light.”

Key to creating this deeply evocative effects were the areal patterns Beebe created with the six CHAUVET Professional Maverick MK1 Spot fixtures in the Birchmere’s house rig. Describing the 350-Watt LED fixture as a “workhorse,” he said the 350-Watt LED fixture’s ability to maintain crisp, slowly rotating aerial gobo patters was key to achieving the looks he was after to support Fish’s more bluesy numbers.

“The rotation aerials and the split beams were very important in this design,” he said. “It was also nice to be able to play the Maverick’s patterns off the textured backdrop. Really, combinations of different colors and gobo looks in the air helped tell the story of Samantha’s music. At the end of the day, I felt really good to be a part of this.”