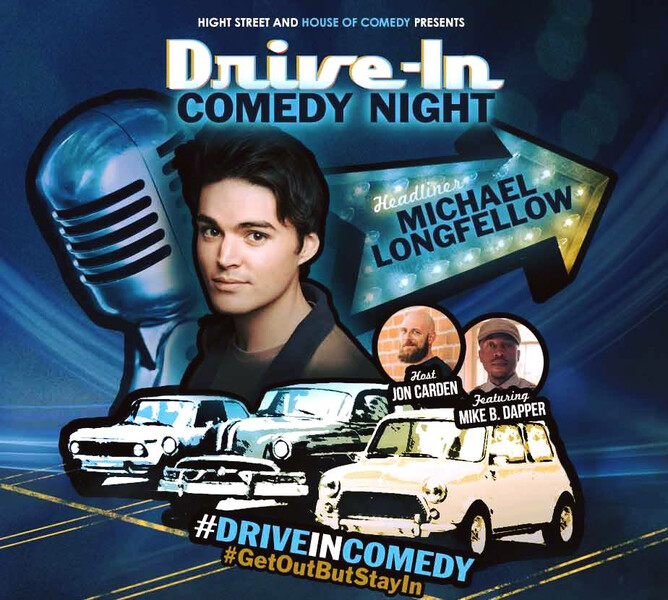 PHOENIX – With his boyish charm and impish smile, Michael Longfellow bears a passing resemblance to a young Michael J. Fox. That’s kind of fitting, since the comedian from NBC TV’s Bring The Funny had his own “Back To The Future” moment on the night of Wednesday May 13 when he headlined a Drive-In Show.

Longfellow’s appearance wasn’t at a 1960s style drive-in movie theatre, but at the east parking lot of the upscale High Street restaurant and shopping complex. For the people of this area, his show at the “Drive-In Comedy Night” represented the first step in bringing live entertainment back to the USA’s fifth largest city. 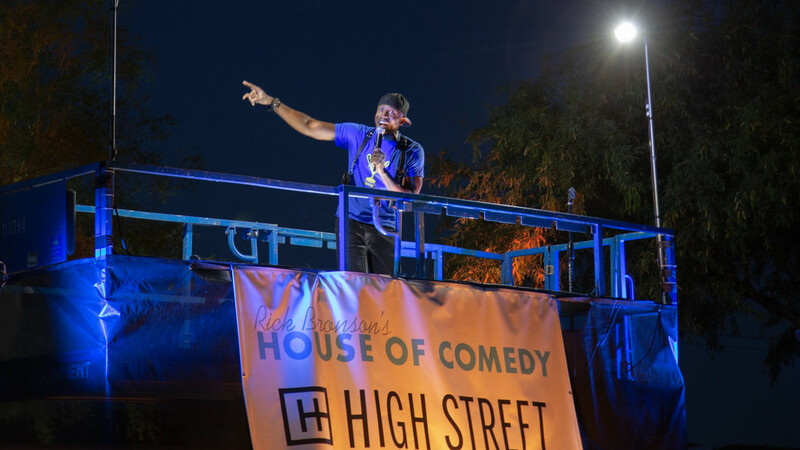 Lighting the stage where Longfellow and fellow comics Joe Carden and Mike B Dapper performed was a collection of CHAUVET Professional Rogue and WELL Fit fixtures supplied by Creative BackStage. John Garberson, who served as the LD for the show, relied on the fixtures to help enliven the stage and create a comedy club feel with deeply saturated colors and a few well-chosen ballyhoo moments.

At the same time, the lighting also ensured that attention was focused on branding material from the evening’s sponsors, Rick Bronson’s House of Comedy and the High Street Association.

“This was a first, a very different experience,” said Garberson of Creative BackStage. “But it was also a lot of fun. You could feel the energy in the air. People were excited. We had the WELL Fits on trees stage left and stage right to create a nice warm glow. The Rogue R2 Washes were also on trees. They gave us evocative stage washes, in addition to creating some punchy aerial patterns at key moments.” 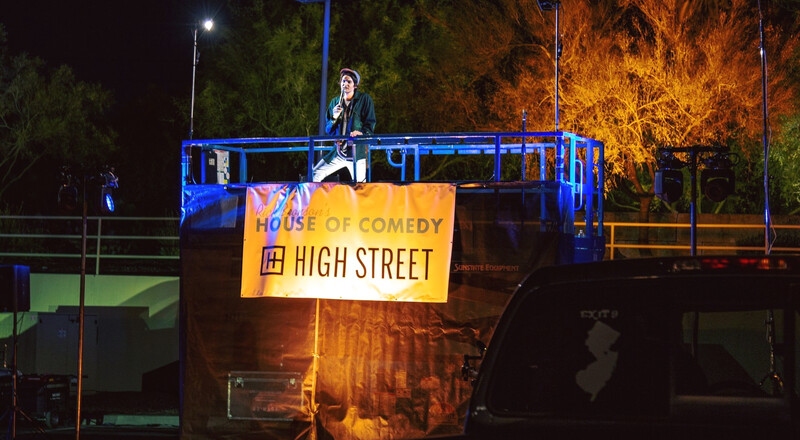 Garberson placed additional WELL Fit fixtures in front and behind the stage. Those in front were used to keep constant light on the prominent sponsor banner. The rear fixtures provided back lighting and also set an inviting tone by lighting the trees behind the improvised stage.

Keeping the stage well lit and maintaining good sight lines was critical, given the distance between the stage and some of the fans at the event, which adhered to strict social distancing guidelines. Cars had to be kept six feet apart and fans were not permitted to get out of their vehicles. The performances were transmitted to vehicle radios over an FM signal.

Although there was no admission charge for the drive-in comedy, fans had to obtain tickets and were encouraged to make a donation to a local food bank when doing so. These tickets “sold out” soon after they became available

Restaurants of the High Street district had takeout food available for fans, providing their businesses with much-need revenue. The event also boosted Creative BackStage’s fortunes, being its first paying project since the COVID-19 lockdown began. As such, it felt good for Garberson and his team, leaving them looking forward to more such gigs down the road. 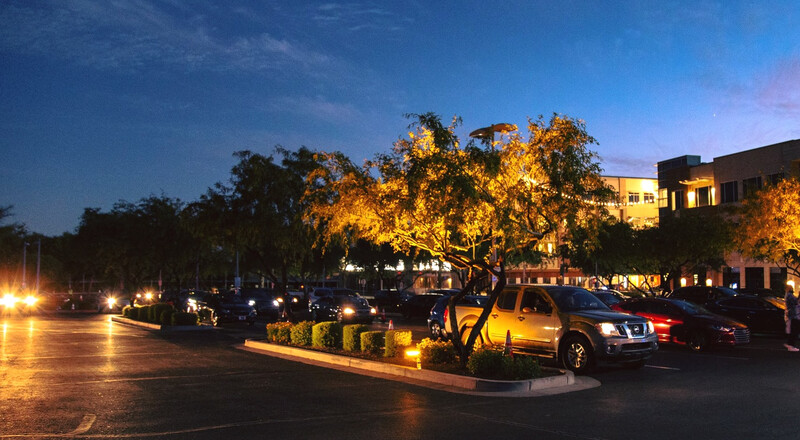