CRANSTON, RI – When creating the lighting design for Killswitch Engage on the band’s coheadline North American tour with Clutch, Cody James had a simple goal in mind. “I wanted to go back to the KSE’s roots,” he said. “My plan was to give the guys much more solid colors and bold looks.”

James’ plan was well-founded, given the retrospective nature of his Grammy nominated client’s most recent (and sixth) studio album “Disarm The Descent.” The throwback vibe also fit the spirit of touring with Clutch, since both groups were pioneers of the New Wave American Metalcore movement.

But James’ design was anything but a redo of earlier looks. His JDI Productions supplied touring rig had powerful and flexible lighting tools that couldn’t even have been imagined back when KSE burst on the scene a couple of decades ago. Notable among them were the eight multi-functional CHAUVET Professional Maverick MK Pyxis fixtures that James used to transform venues of widely different sizes and configurations. 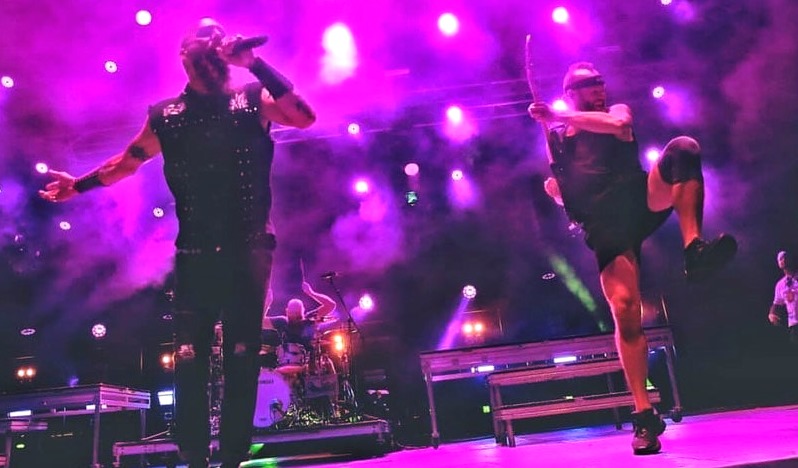 “The idea was to create powerful looks that fit any location, whether it was a live music venue or a festival,” said James. “There were four different layouts for the floor backstage, and we would decide which design we would use for any particular show during our walk-through. Since this was a coheadline tour, all of our layouts were designed to be set up and taken down quickly while still fitting the venue.”

James was able to achieve this level of flexibility because of the versatility of his fixtures, and the dedication of his crew. The people at JDI always make sure all of my tours are 100% dialed in,” he said. “The guys in the KSE crew allowed me to put as many lights as possible in their way every day. And the Clutch crew are some of the best humans to work next to. There are always challenges with a coheadline tour, but we met them very well by working together.”

Regardless of the challenges, or the varying layouts of the different venues, James’ design was consistently transformative day after day, defined by a solid wall of light that immersed fans in the moment. Accentuating this all-encompassing mood was the effect of the 3-foot high risers that James positioned at the front of his rig. Standing on top of these risers, the KSE band members seemed like they were floating on a brilliant sea of light. 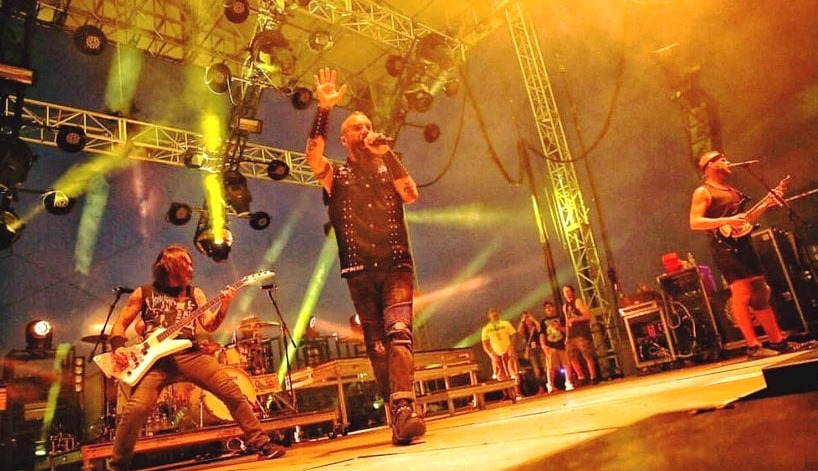 Key to creating this effect were the Maverick MK Pyxis fixtures in James’ rig. Positioned one apiece on 6-foot set carts that covered 40-feet of the stage, the fixtures filled a wide range of roles from contributing to the intense wall of light, to dazzling with eye candy, to sending engaging beams out into the audience.

“I think my favorite part of the show every night was when I zoomed the Pyxis all the way out and ran a macro through it,” said James. “You could feel the energy all the way through the audience. KSE projects this pure passion and intensity, so the way our design worked, it was just the power of their music and the light reaching out into the audience.”

That musical power has always been present in a KSE concert. Having designed for the band since 2013, James has been impressed with their commitment to delivering an intense show. “They never take their foot off the gas pedal,” he said.

Apparently, neither does their lighting designer. Only now, he’s able to pump up his power packed show with more flexible tools than ever. 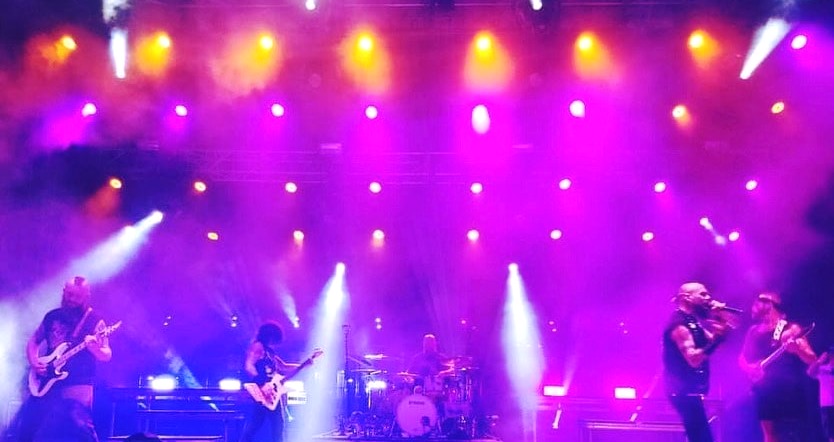