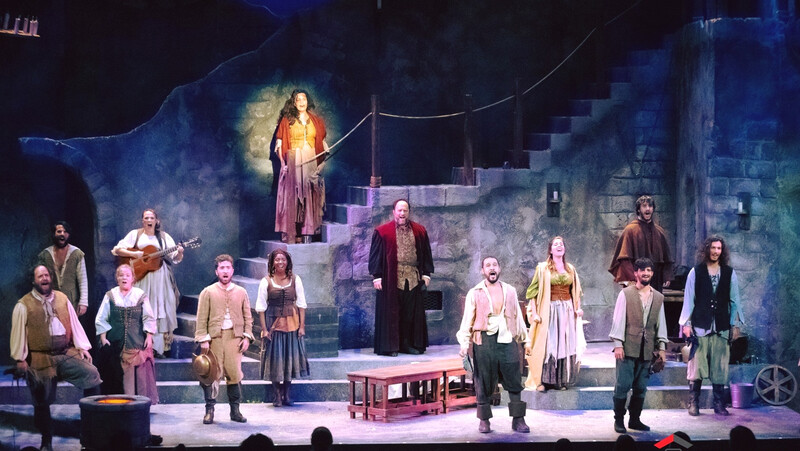 WEST PALM BEACH — Imagination sets us free. The wisdom of this adage is brought vividly to life in the Mitch Lee and Joe Darion classic Man of la Mancha. Inspired by Don Quixote, the multi-Tony Award winning musical stands as a monument to the soaring power of the human spirit to shine in even the darkest of times, as its characters, prisoners of the Spanish Inquisition, transcend their dire circumstances through the uplifting tales of Miguel de Cervantes’ fabled knight.

In a recent production of the musical by the MNM Theatre Company at the Raymond F. Kravis Center, the “real” world occupied by the prisoners in their bleak Spanish dungeon, and their “imaginary” one, alive with Don Quixote’s flowering dreams, were both brought vividly to life by a deeply moving Clifford Spulock lighting design that featured CHAUVET Professional fixtures.

Positioning two Rogue R1X Spots on the house box booms and four Rogue RH1 Hybrids on upstage truss, Spulock built a variety of looks for the show. “I wanted the lighting to evoke myriad emotions from the audience,” said Spulock. “The setting of the play is already dark, so I wanted a clear delineation between the prison and Cervantes’ ‘story within the story’ to draw the audience into this imaginary world, which seems bright and happy, but slowly becomes more somber and complex as the emotional state of the characters is revealed.” 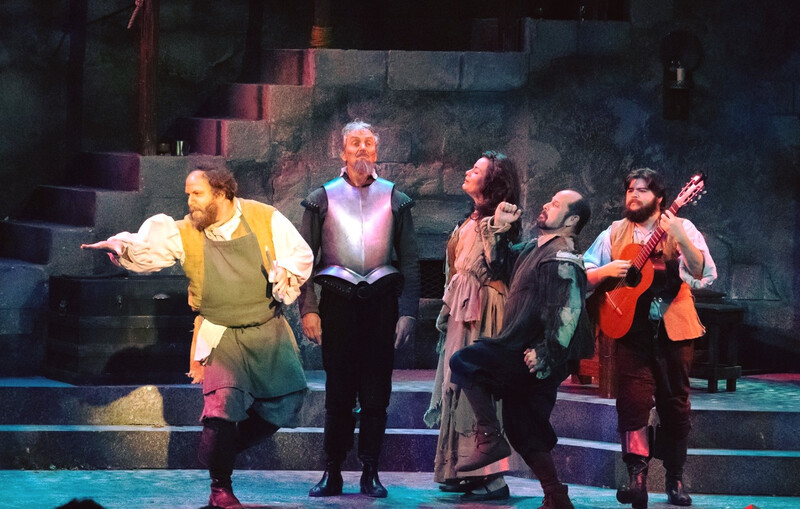 The iris edge function of the Rogue R1X fixtures created precise specials for the actors and doubled as a powerful spotlight substitute to add extra punch to the dance and musical numbers, as well as the dramatic soliloquies. Drawing on these features of the Rogue units, Spulock created stunning tonal shifts of amber to evoke a candle-like atmosphere throughout the prison scenes.

Spulock also relied on the Rogue R1X Washes and the RH1 Hybrids to establish visual cues, with color, light, isolation and shadows, which helped to highlight the drama unfolding onstage and draw the audience into the story on a more visceral level. At key points in the play, he used gobo break-ups to accent the stage with flickering shadows, adding to the overall sense of despair.

“I really wanted to use color and effects to establish the two different worlds within the show,” said Spulock. “My ambers, darkness and gobo breakups made the audience feel as if they were suffering with the prisoners in the dungeon; then bright, vivid colors transported them into the imaginary world of the Cervantes story.”

The sheer scope of the production was a major factor when determining the fixtures for the job. Spulock not only had to have two fully different lighting plots for both worlds, he also had to deal with a large set that scaled the entire height of the proscenium and spanned the full width of the stage. 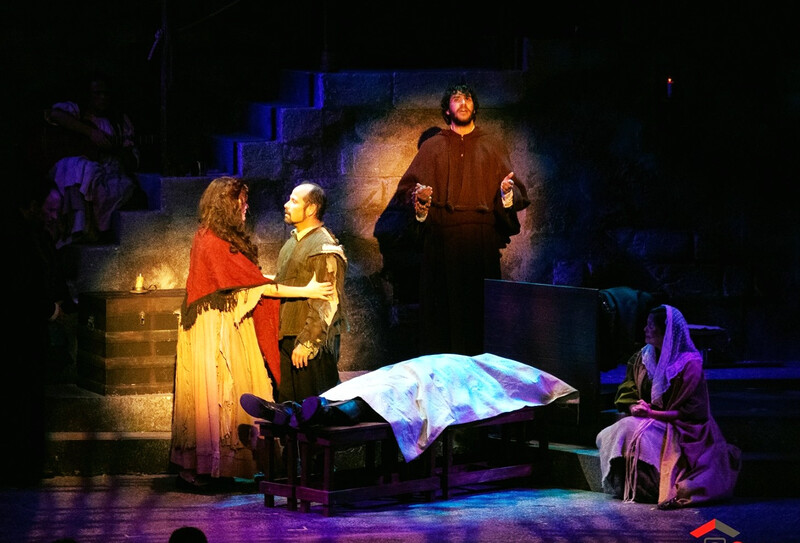 Spulock used the built-in gobo wheels of the RH1 Hybrids and overlapped the fixtures’ six and eight facet prisms to achieve full stage gobo breakup washes that highlighted the massive set. He also established bright and even back light on the actors during the more powerful moments of the play by using the hybrids’ wash/frost function.

“Scenic designer Dustin Hamilton had a great vision for the overall design,” said Spulock. “Everything he added worked with the lighting, from a large metal door with a hallway to grates in front and on the back wall that looked like different cells of the prison, to the sconces on the wall, and the large chandelier hanging above the set. I was able to add some fun elements to those different areas to bring the dimension of the show to a whole other level. Collaborating with him was definitely a highlight for me. Together, we brought two different realities to life.”