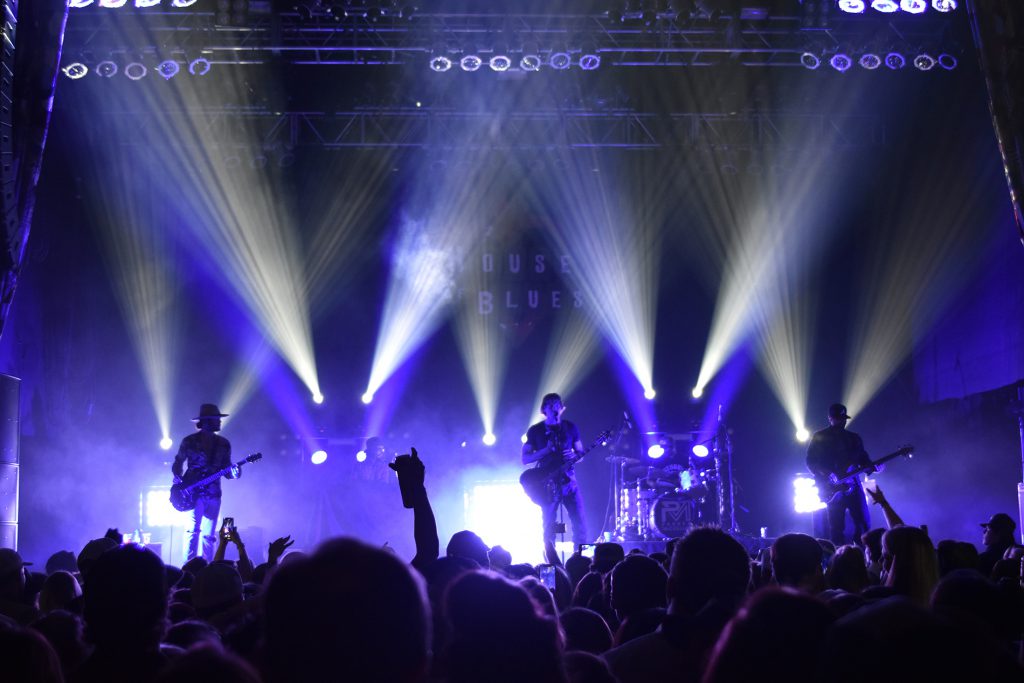 AUSTIN, TX – Parker McCollum’s debut album was entitled The Limestone Kid, a reference to the nickname he earned as a teen working on a ranch in remote Limestone County. Like limestone itself, which though humble in origin has been used to construct some of the world’s most famous structures like the Great Pyramids, this rapidly rising country singer from the Blackland prairies of Central Texas is in the process of building a bigtime career.

Although his first LP scored only regional success, McCollum’s second effort reached the Top 20 of Billboard’s Country Charts. December marked another milestone, when he performed for sold-out crowds at the House of Blues in Dallas and Houston. Supporting him at those shows was a lightshow designed by Richard “Wookie” Whitley and Josh Peikert that featured a collection of CHAUVET Professional fixtures, supplied by Hoopty Lights.

Run by lighting director Jarret Reynolds, the lightshow for McCollum’s Dallas and Houston performances was on five 45” x 30” carts, three of which were 4.5’ tall, while two were 6.5’. A pair of Rogue RH1 Hybrids was mounted on the top of each cart. The taller carts also had two Rogue R2 Wash fixtures under the Hybrid units and STRIKE 4 multi-formatted fixtures attached to each of their sides.

Positioned behind the drum and keyboard risers, the taller carts allowed light from the Rogue and STRIKE units to be shot over the performers on stage. This made it easier for the designers to generate added excitement with aerial effects.

All three of the shorter carts, which were arranged with the drum and keyboard risers across the upstage deck, had Nexus 4×4 panels positioned on them. The center cart had four panels configured in a square, while the two outer carts had two panels side by side. The Nexus panels on these carts created an attractive wall of light across the back of the stage, which helped to dramatize the performance and focus attention on McCollum.

In keeping with the trajectory of McCollum’s career, the Dallas and Houston lightshows were designed with an eye toward a bright future. “We definitely did this with a bus trailer tour in mind,” said Peikert, who noted that only the three shorter carts will be taken on the road for an upcoming tour. “We had to make sure everything would easily pack into the footprint of a normal size bus trailer.”

Wanting to make their highly mobile cart rig as efficient as possible, Whitley and Peikert paid careful attention to the fixtures they selected. Their client, who has been compared in the press to John Mayer, is making waves with a hard-driving brand of country that smoothly incorporates elements of blues and rock into its mix. Reflecting this potent blend in light requires fixtures that are punchy and versatile, something that led to the inclusion of Rogues in the rig.

“I like the punch of the RH1 Hybrids,” said Whitley. “It doesn’t matter if you’re talking beam, spot or wash, they cut through great for awesome looks and effects, even with the zoom at full. I love the saturated colors I can get out of the R2 Washes — and the zoom is outstanding! They definitely work well with the Hybrids. We wanted to save space and be budget minded, but given the nature of our client’s music, we in no way were going to cut on color or output.”

The Nexus panels also were essential to achieving the designers’ shared vision for McCollum’s show, now — and in the future. “When we designed this, we wanted to have simple, but bold looks in the front of the show, which made Nexus a natural,” said Peikert. “The Nexus panels have no problem filling a room with color. Richard used a lot of the recently updated stock media content from his console to create some very impressive color looks with the mapped out panels as well as the washes. It’s exciting to be working with Richard for an artist that has such a bright future. However far we all get, we’re going to look back and be proud that this rolling cart show delivered the excitement.” 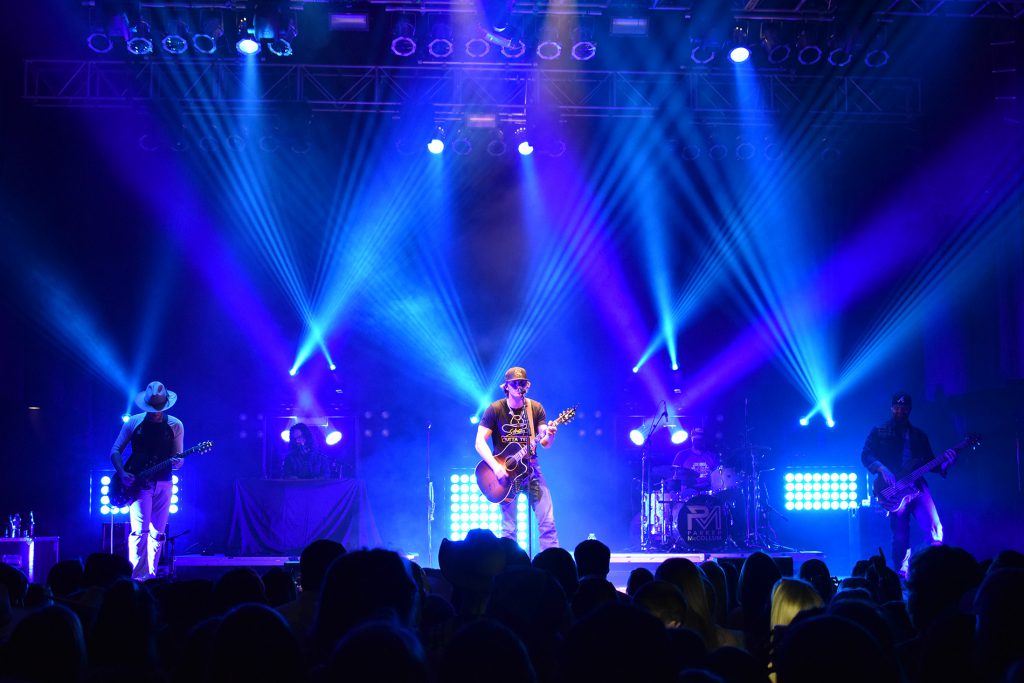