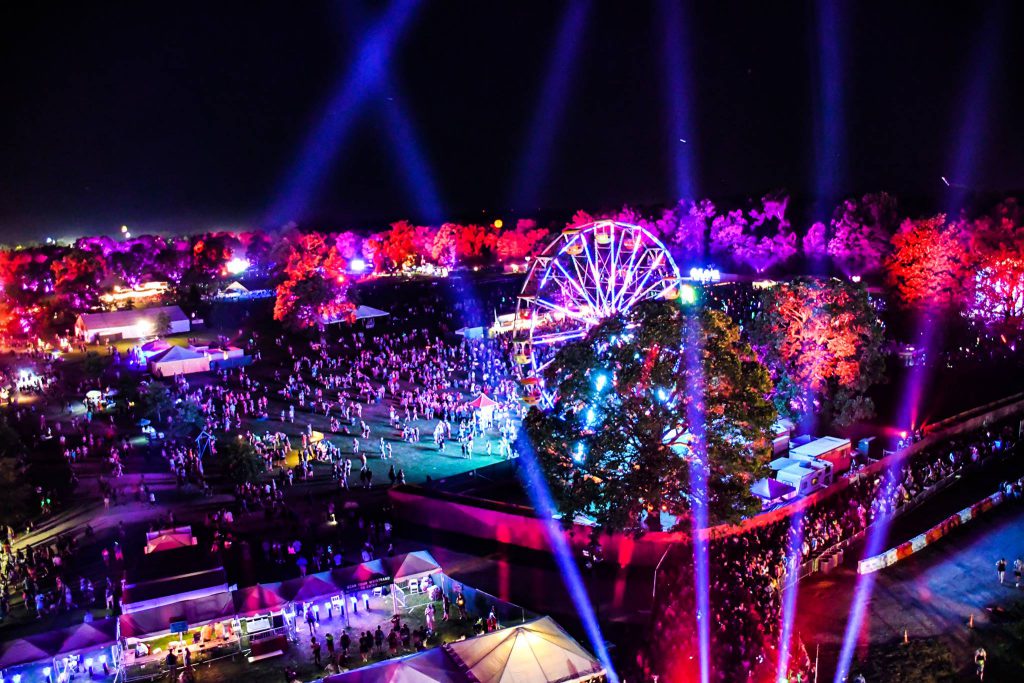 MANCHESTER, TN – With headliners like Eminem, The Killers, Muse, Sheryl Crow, Paramore and Kaskade, the 17th annual Bonnaroo Music & Arts Festival offered plenty of great music to enjoy. But North America’s largest outdoor festival, which in the past has beguiled fans with sights like “Infinity Mirrors” and its famous arched entrance, has always been about sights as well as sounds. This year’s edition, which ran from June 7-10, pumped up the visual excitement even more than usual with a massive off-stage lighting display that rapped around the stages and surrounded the audience in a sea of changing colors.

Looking like a magical tale come to life, the outdoor display, which was designed by David Weiner of David Weiner Design, swept up visitors with its rainbow of colored trees, making it easy for them to set their imaginations free. Creating this captivating color-scape were 1000 CHAUVET Professional COLORado fixtures, supplied and installed by The Design Oasis.

“Having the opportunity to bring the site to life with lighting is something that we have been interested in for a long time. The property is chock full of beautiful, giant tress just begging to be lit. When the producers came to us last fall and said ‘let’s do it,’ we jumped,” said Weiner. “There was no doubt in my mind that the result would be nothing less than transformative to the environment and elevate the fan experience.”

Weiner’s enthusiasm was echoed by Abbas Ritscher of The Design Oasis, who said, “When David told me about his vision of transforming the festival grounds into a wonderful color canvas, I knew it was something I’d want to be involved with, so I jumped at the chance. It was amazing to see how the grounds took on a different life when the trees and the general surroundings became so colorful and full of life. I loved watching the audience react as they walked around in it. I think it made people lose themselves all the more in the festival.”

Ritscher installed 200 COLORado 2-Quad Zoom LED wash lights and 800 COLORado 1-Tri IP and COLORado 1-Tri Tour fixtures throughout the festival grounds. “The COLORado 2-Quad Zooms were our workhorse,” he said. “We placed eight of them per truss, with each truss spaced 100’ apart to light the 2,400’ tree line that wraps around the venue. The effect that we got from this was nothing short of awesome. Wrapping the festival with this ring of light really made you feel like you were inside a special place.”

To add to the immersive experience, every tree inside the grounds was uplit with five COLORado 1-Tri IP fixtures. These fixtures were positioned 8’ off the ground, depending on the location of the tree. “Given the output from these fixtures, we had no trouble uplighting the entire tree,” said Ritscher. “A big factor in selecting the COLORados for this project was their bright output – that plus their low power draw.”

While most of the design was focused in “Centeroo,” which is the ‘downtown’ area of the festival, the team also tackled multiple satellite areas in and around the campgrounds. Some of these areas include: the famous entry Arch; the Groove, which Ritscher describes as “a chill out wooded forest;” and in the “Roll Like A Rock Star” for the highest end VIPs. In addition to the environmental lighting, Weiner and Ritscher teamed to light large scenic elements, the most notable of which was a large disco ball perched on the top of a repurposed 100’ tall fire tower at the main entrance to Centeroo and cast beams of light throughout the site.

This impressive far-ranging lighting display was controlled from one central point via a permanent power and data system that the festival recently installed at its Great Stage Park home.

“With the Centeroo area being over 100 acres and the whole site over 650 acres, this was no easy task. Russ LaPointe Electric permanently installed the bases for each truss, with power and data at each one, and also installed power and data to each tree being uplit,” said Ritscher. “All of the power and data went back to transformers that are already installed onsite. Fiber was run and networked to each one of the transformers by Yellow Dog Interactive Media. This allowed us to create an MA2 Network and control the whole venue from one location throughout the festival. The integration of permanent data and lighting was a huge team effort that came together, thanks to the Design by David Weiner, the power installation by Russ LaPointe, and the networking created by Yellow Dog.”

With the permanent power and data system now in place at the Great Stage Park, fans can look forward to seeing more spectacular lighting displays in the future at a festival that continues to push the envelope musically and visually. 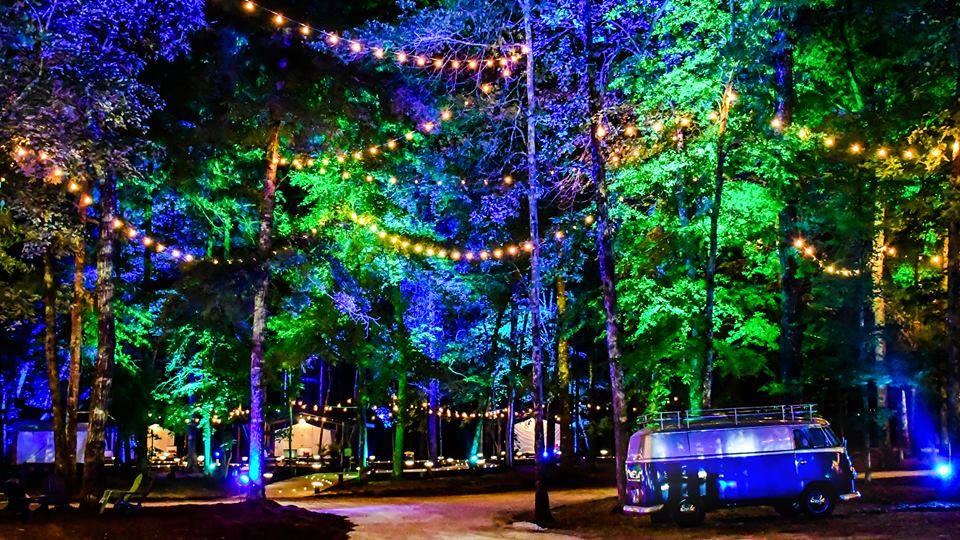