VILVOORDE, BELGIUM – Everyone is looking forward to the return of live music, but there are two fans in particular who are extra eager to get back into the concert groove. They are the still-to-be-announced winners of Popquiz, the popular new show on the VTM television network that asks 14 teams of two contestants to guess the titles of pop classic songs based on a series of audio and visual clues.

The pair, who will be announced soon now that the prerecorded show is completing its 10-week run, will get to attend every concert in Belgium for one year, even sold out performances, once live music returns. This generous prize (a piece of heaven for music lovers!) infuses the Panenka-produced quiz program with a palpable sense of drama and energy. 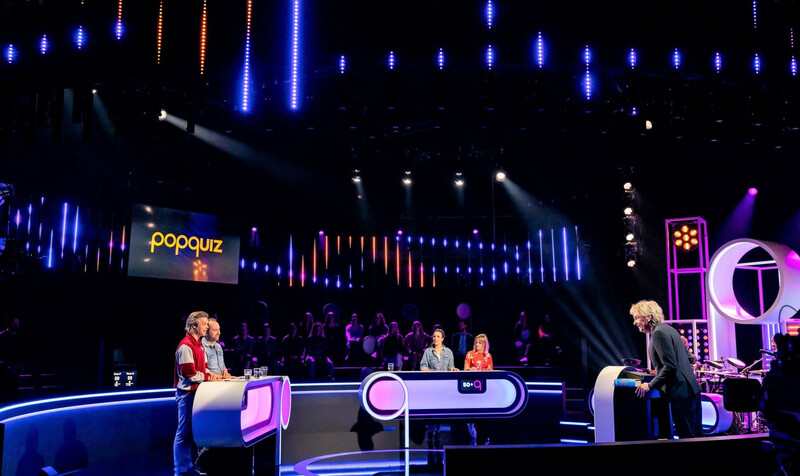 Adding to this compelling energy level was a distinctive set created by the Arf & Yes set design team that featured a high-impact lighting design from the company anchored by 160 ÉPIX Strip Tour linear fixtures, as well as 48 ÉPIX Strip Tour 50 units (build in a custom decorwall), and 25 COLORado 1 Solo washes from CHAUVET Professional.

The Arf & Yes team hung the one-meter long LED strips in a circle over the stage deck, whilst the remaining ÉPIX units were integrated into the back of the set, and the COLORado washes were positioned as backlights for the audience.

By arranging the strips in a circular configuration, Arf&Yes endowed the set with a instantly recognizable identity, while evoking a touring concert image. “When people are going between channels and they come to Popquiz, they will immediately recognize the circle,” said Arf & Yes’ Jonas Weyn, who served as the lighting and video operator for the show. (Dirk Declercq and Marco Pauwels were the lighting directors.) 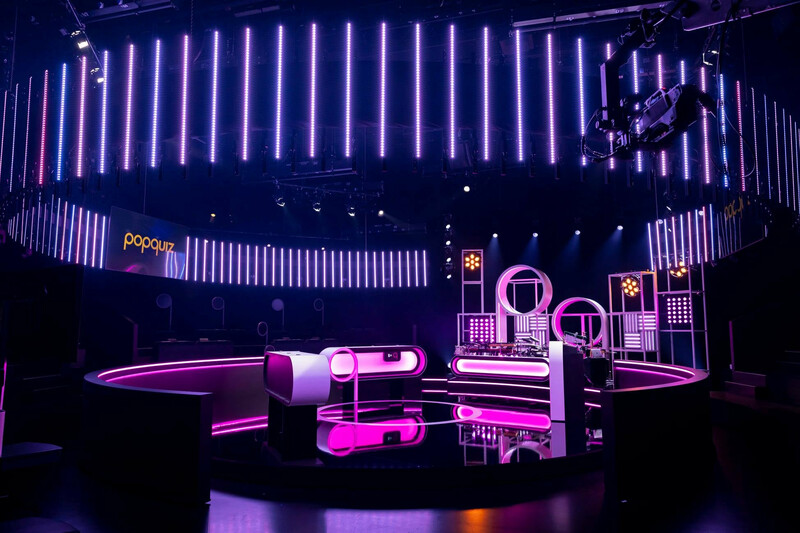 The circle of ÉPIX Strip gave the design team a great deal of flexibility to come up with a wide variety of looks. To enhance this flexibility, Weyn used the strips to create a range of pixel mapped video content and patterns often in warm colors like lavender, mauve, and orange.

Mapping the strips with the ArKaos led mapper, he varied the number of pixels he had on at any one time, lighting every strip in its entirety one moment, then having pixels on intermittently the next, to give the set a very different appearance.

“Using the mood board, I decided what I would pixel map for the different bumpers and segments,” said Weyn. “This set is perfect for that, as it looks good from any angle.

“The number of strips really makes the difference here,” continue Weyn. “The camera can focus on them or shoot through the gaps, giving everything a lot of depth. We didn’t use a lot of detailed content — not showing the fixtures as strips, but rather as a video wall. We also used low res content, that worked really well. Many people wondered if it was a video wall, because of the way we used it.”

Elaborating on the design, Weyn described the impact the empty space between the ÉPIX Strips had on TV viewers. “Sometimes, we intentionally left spaces,” he said. “These gaps created an air of mystery that made people guess.”

That was fitting description, as the excitement and fun of guessing, has driven the popularity of this very original new music quiz show. 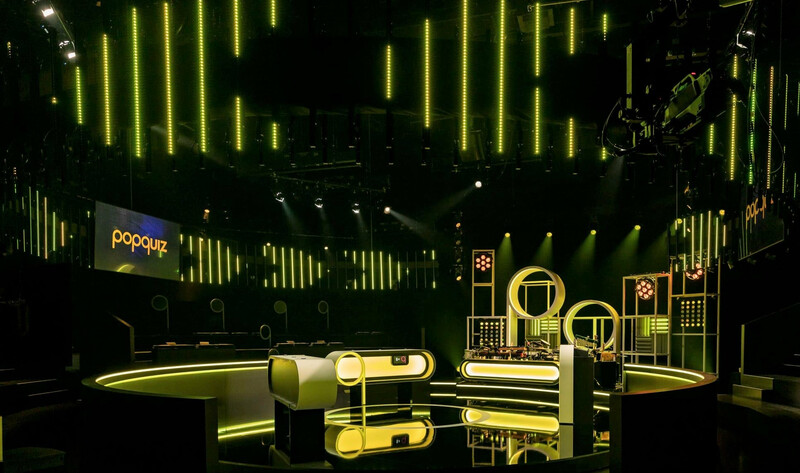