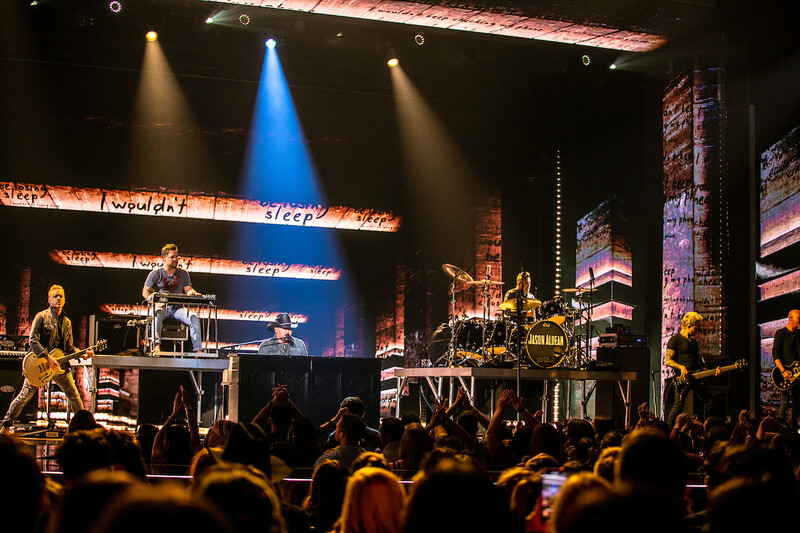 LOS ANGELES – Collaboration’s wings take creativity to new heights. The wisdom of this adage was on full display at the 2022 iHeart Radio Music Awards when superstars John Legend and Charlie Puth sat down at dueling pianos to banter and play a five-minute mash-up of each other’s hits, before announcing plans to record a song together.

Supporting their performance, as well as the entire awards program visually was another collaboration (this one behind the scenes) that involved Tenth Planet Productions, production designer John Calkins, Bianca Moncada, and the team at screen content creator Darmah, and lighting designer Allen Branton.

Like all truly successful collaborations, this one involved far more than a mere collection of independent contributions. It was instead a fusion of different, and often interdependent ideas, melded together to take a collective creative process to those “new heights.”

For his part, Branton relied on light from his 4Wall Entertainment supplied rig, which included over 70 CHAUVET Professional fixtures, to enhance the “virtual stage” environment created through the video and scenic design.

“This show was the result of an interesting collaboration between lighting and scenic design, along with the screen content creations by Darmah,” said Branton. “The design team essentially built the show around a virtual environment. Creatively arranging video tiles, the team created a virtual proscenium on the venue’s actual stage, with lighting working inside it.”

Created to meet the needs of a broadcast event, the design had the flexibility required to create unique looks for the long list of celebrated stars who appeared on the nationally televised event; a group that included host LL Cool J, Måneskin, Jason Aldean, Megan Thee Stallion, and Jennifer Lopez, in addition to Legend and Puth.

“The video content capacity of the design allowed us to generate entirely different worlds,” said Branton. “Darmah was the MVP of this production for sure.”

As the show reflected the various personalities and styles of the different artists on stage, video content played a key role in maintaining a consistent image for the TV audience. “Time was short as is almost always the case,” said Branton. “So, as we moved through the program, a regular visit to the ‘home base’ video look kept us in the iHeart world.” 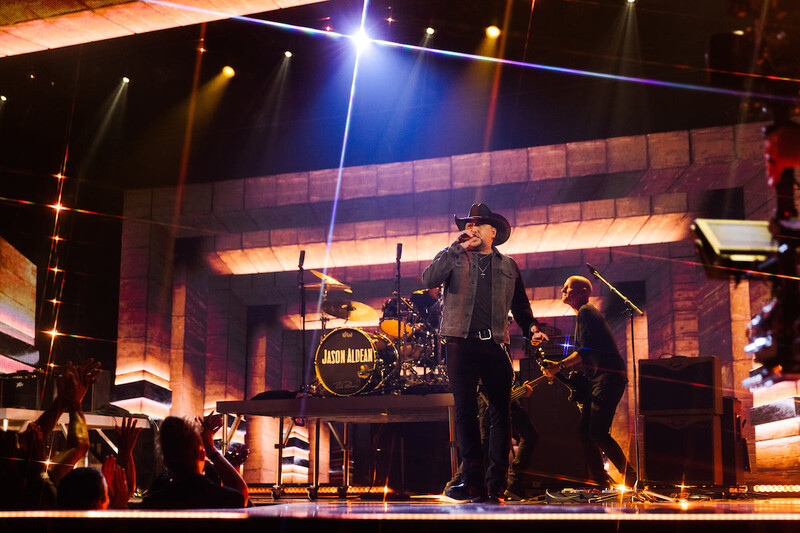 Also lending an element of consistency to the multi-dimensional show were the 44 COLORdash Accent Quads in Branton’s rig. He used these compact 10-watt RGBA units as a point source element extending them beyond the stage at the spacious Shrine Auditorium to fill peripheral space and provide a consistent look for wide shots.

Other fixtures in the rig included 12 Rouge R2X Washes, which were flown above the stage and used for colorizing down light and 16 Rogue R1 Beams. By lighting the audience, the beam fixtures helped convey a live concert mood to television viewers.

Branton credited his crew John Cox, Felix Peralta, Kevin Lawson and Jason Uchita with helping to navigate the challenges involved in a show of this size. He points out that the most daunting segment featured Jennifer Lopez, since it involved the most moving parts and largest cast on stage.

Nevertheless, Branton notes that this segment came off very well, something he attributes to the superstar’s ultimate professionalism and the joint effort of a crew committed to the art of collaboration.