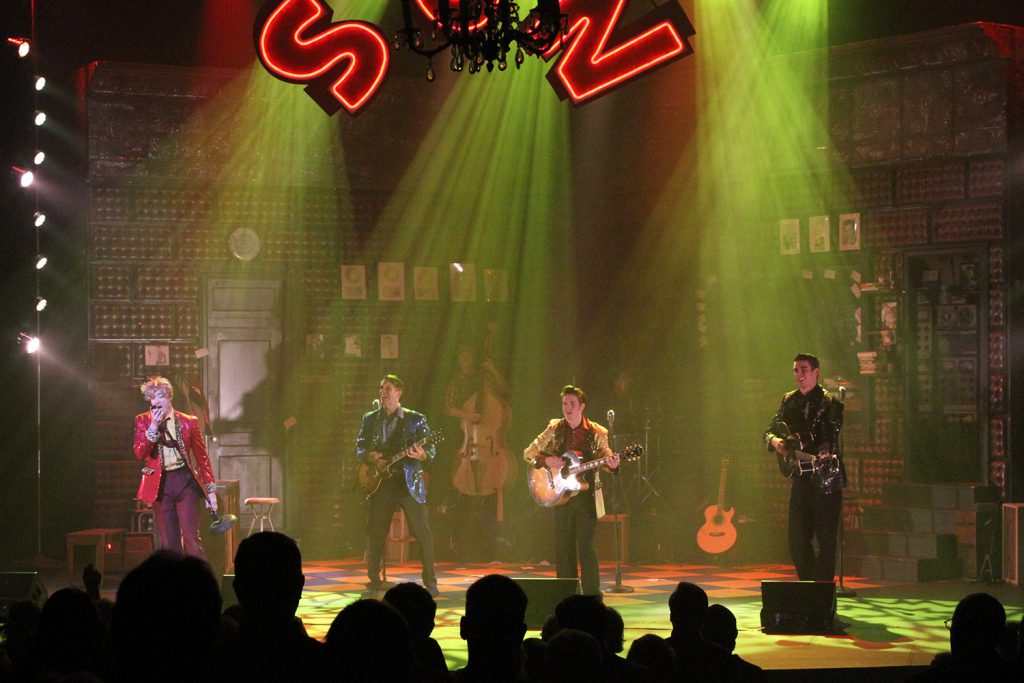 MANCHESTER, NH – The value of one million dollars in 1956 is equivalent to over 899 million today. However, even that lofty figure doesn’t come close to doing justice to the success of the four superstars who are the subject of Million Dollar Quartet. The Tony Award nominated musical takes audiences back to December 4, 1956, a day when budding stars Jerry Lee Lewis, Carl Perkins, Johnny Cash and Elvis Presley got together for a jam session at Sun Records Memphis studio. A recent revival of the musical at the Palace Theatre in Manchester, New Hampshire captures the magic of that long ago moment, thanks in part to a transformative lightshow designed by Carl Rajotte, who also served as artistic director and choreographer.

Using a collection of CHAUVET Professional fixtures supplied by Events United, Rajotte created big, engaging looks that took audiences out of the small recording studio where the play is set (and the actual jam session took place), and transported them to the big-time concert stage.  In so doing, his design not only engages the audience on a deeper emotional level, it also underscores the significance of an almost overlooked jam session that brought together four young musicians who would go on to achieve global fame. 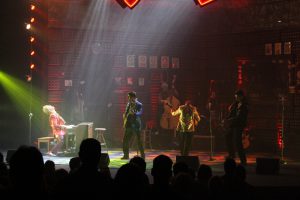 “Million Dollar Quartet takes place in a studio, which calls for a design that’s pretty basic,” he said. “We do that, but we also go beyond that to give the audience a glance into the future of these four huge icons — and their many important live stage performances yet to come.”

Rajotte achieves this effect by punctuating the shows musical numbers with bold concert looks. Key to creating these looks were the 12 Rogue R2 Spot moving fixtures in his rig. He put five of the Rogues on the fourth electric and two on the third electric for back light specials. For down light specials, he positioned three Rogues on the second electric.  The remaining two Rogue units were positioned on 8’ booms in lane one on either side of the stage to deliver some intense concert-style side light.

“After one of the artists on stage begins a song, we pump up the lighting to convey this sense of excitement,” said Rajotte. “We used the Rogues to create a wide range of looks, programming over 1,000 cues into the lighting board in two days. The Rogues were definitely a huge help to us when we did this.  They are easy to use; and they don’t require a lot of preprograming of focus and color palettes.  So I never feel limited because of time restraints in designing the show. It was also very nice that the Rogues had the intensity to blast through our down pars.”

Rajotte also used two Intimidator Spot LED 250 moving lights from CHAUVET DJ in his design.  Positioning these fixtures on 6’ floor booms in front of the proscenium, he relied on them for side washing and audience lighting. 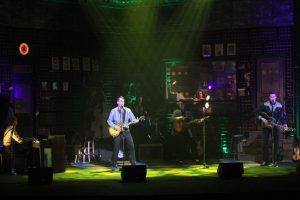 To add color to the stage and accentuate the intimacy of a small, crowded southern recording studio of the 1950s, Rajotte relied on a combination of CHAUVET Professional and CHAUVET DJ fixtures. He positioned COLORado 1 Solos on the fourth electric for a full stage back wash and created a special “1A” electric to hold six COLORado fixtures for down washing. An additional two COLORados were on booms for side lighting. A collection of SlimPAR 38 LEDs were used to illuminate the walls of the “studio” as well as the drum kit and stage apron.

“The Chauvet lighting instruments worked extremely well, both in the air to give us concert looks and in lighting the set in an engaging fashion,” said Rajotte. “The set that we rented from the national tour of the show is very dark in color, so I was worried about the lights being saturated enough to actually make a difference — but I’m happy to say it definitely worked out well.”

Echoing this enthusiasm is Morgan Cerovski, the Palace Theatre’s technical director. “Carl’s lighting design established a difference from being inside the studio and being at a rock and roll concert,” he said. “A lot of the numbers started out in the recording studio setting, but as the song progressed, it was as if the audience was at a rock concert.  This transition really swept everyone up in the spirit of this musical.” 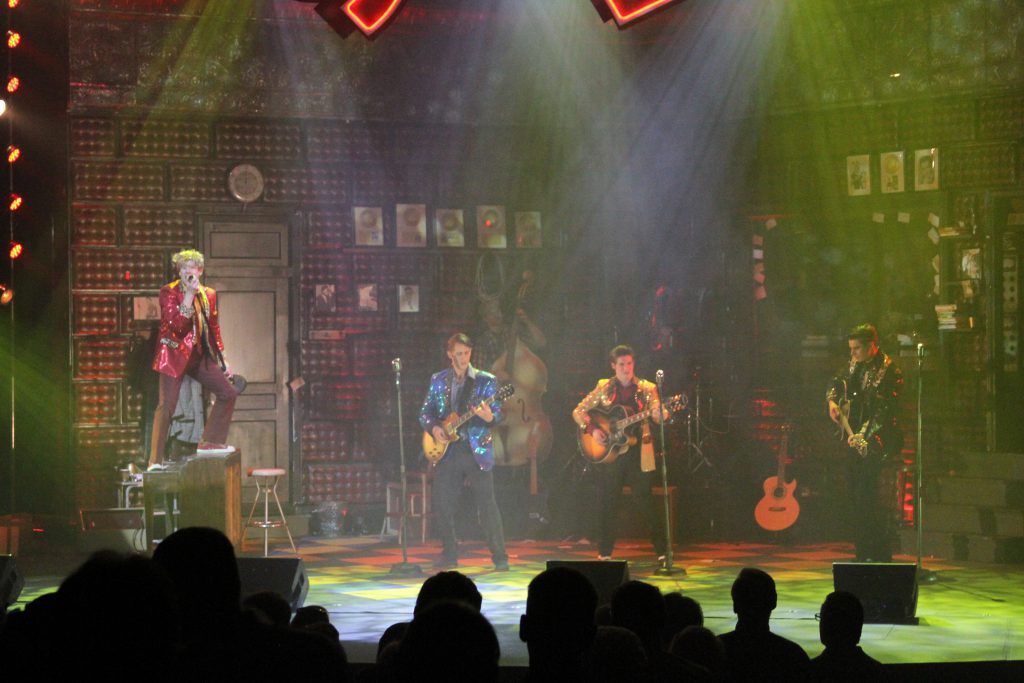