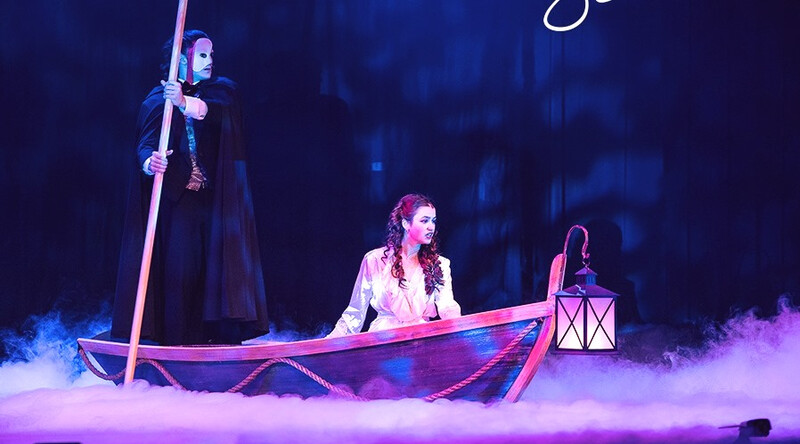 GREENSBERG, PA – Rarely has a scenic element woven its way as neatly around the essence of a play as the chandelier in Phantom of the Opera. Assuming almost an identity of its own, the giant centerpiece holds sway above the stage, exerting a gravitational pull on the emotions of the characters below, as it reminds them of the phantom’s dark, mysterious power.

For audiences, the ornate chandelier has become emblematic of the play, but for designers like Christopher Robin, who have to contend with its broad dimensions when lighting the stage, it has often represented a challenge as well

In a recent production of the Andrew Lloyd Weber classic at the 1,375-seat Greenberg Salem High School theatre, Robins successfully navigated his way around the imposing chandelier, incorporating it into his design while still creating balanced, evocative looks on the rest of the stage. His rig’s four CHAUVET Professional Maverick Storm 1 Wash fixtures, which were supplied by Star Design Event Services, were critical in helping him realize this accomplishment.


“The Chandelier and the scrim scenes — and their relationship to the face light positions — were something I had to deal with,” said Robin. “The stage at this venue is wide and short, so I had to change my game plan a few times when it came to cross focusing around the chandelier. My Maverick Storms were a huge help. I had them on the outside of my three electrics. From these positions, their intensity and zoom allowed me to combat dark spots, even with the Chandelier obstructing some light angles. Plus, their colors matched the other lights beautifully, which was essential to helping me create an integrated look throughout the stage.”

Lavenders, purples and magentas were prominent in the look that Robin created. This palette was chosen, he says, to reflect the very dark, solitary world of the phantom. He also relied on side lighting from the Maverick fixtures, as well as backlighting, to reflect the otherworldly undertones running through the play, particularly in scenes showing the phantom in his subterranean quarters.

“For the phantom’s lair, I used very little face light; and instead relied mostly on side light and backlight,” said Robin. “That location was very dim and I wanted to see the characters moving about the stage dipping in and out of light in the lair. Shadows and dark space are also a great tool when creating scenes like the ones in the manager’s office and Christine’s dressing room. Black is a color too, and it is very useful in theatre, even with lights!” 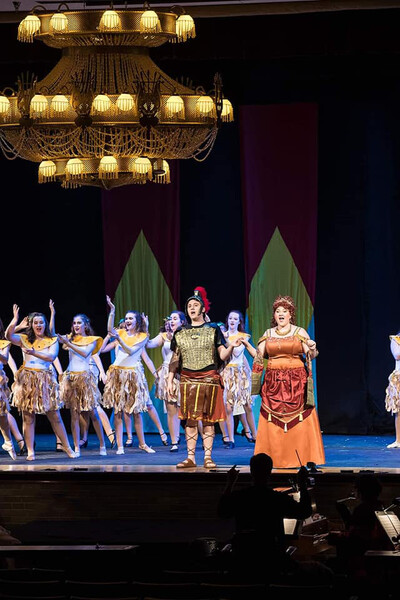 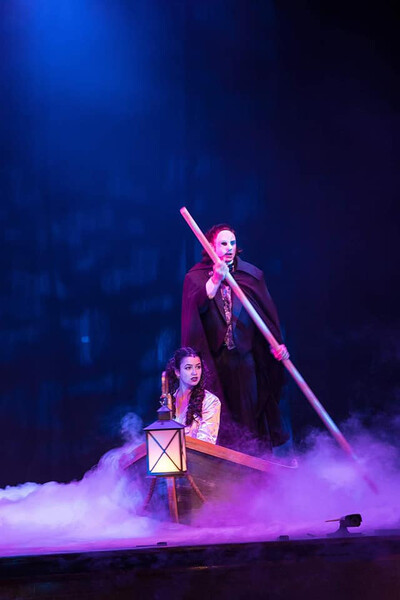 As a counterpoint to these shadowy looks, Robins created more vivid scenes at other points in the play. “Bright beams contributed to the flow of the story and helped make the viewer feel the magic that is live performance,” he said. “I have always found stark white beams backlighting and side lighting to be very effective in creating the dramatic look that I think people look for in live theatre. We also had split beam looks to allow the people in ‘Masquerade’ step in and out of light with their choreography. In my view, this just helps play into the theme Masquerade carries.”

An intangible that made his lighting design sparkle, according to Robins, involved the people who contributed to this project, including Jennifer Lucas of Star Design Event Services and the cast at Greenberg Salem High School. “Designing for this group of students was something special,” he said. “They all worked hard for months, and I’m there for less than two weeks. They deserved a caliber of lighting equal to their hard work. The most rewarding moment for me was hearing and seeing their reaction to scenes like the one when the scrim comes and the gates and candles fly in revealing the low-lying fog as a gondola moves silently across the stage. It was the pure magic.”