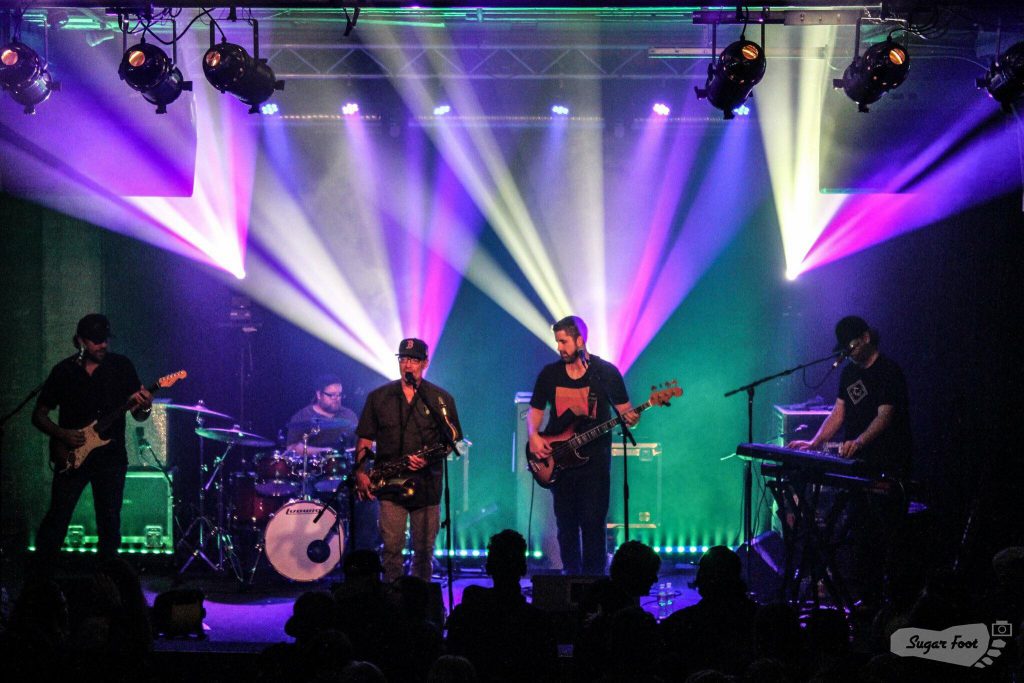 WASHINGTON – Matt Calabrese says he thrives on spontaneity. Good thing too. As lighting designer for the increasingly popular and much traveled progressive funk jam band Kung Fu, his career has taken him on a wildly original, and thoroughly enjoyable, ride. Every show is a new adventure for the Connecticut-based LD, not just as a result of his client’s constantly changing set lists, but also because of the wide variety of venues where they perform.

“Designing for Kung Fu is a great experience, where things never repeat themselves,” said Calabrese, as he finished a gig with the band at the legendary Capitol Theatre in Port Chester, NY, where they opened for moe. Helping him navigate his way through his long and winding tour schedule is his consistent and reliable ground package of Rogue R1 Spot and COLORdash Batten-Quad 12 fixtures from CHAUVET Professional. 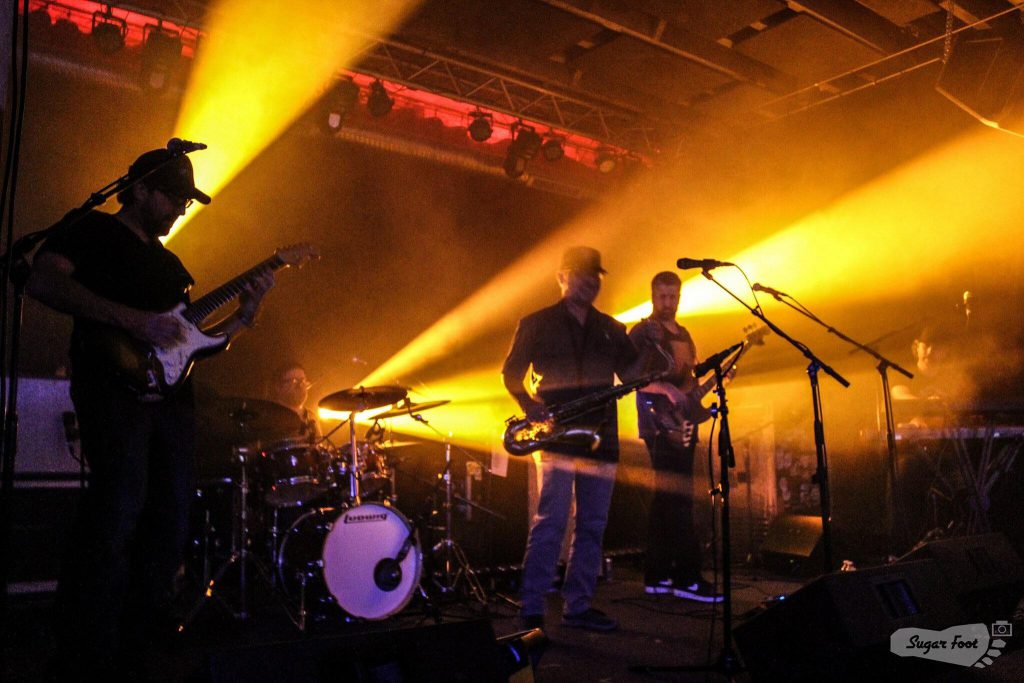 “The festivals and venues where Kung Fu plays vary greatly in terms of the size and shape of their stages, as well as the quality of their house rigs,” said Calabrese. “I take each show as it comes and rely on my ground package to provide a solid foundation for the look I want to create.”

On the current Kung Fu tour, Calabrese is traveling with four Rogue R1 Spot and three COLORdash Batten-Quad 12 fixtures that he purchased from 4Wall Entertainment. This ground package fits in the trailer with the rest of the band’s gear, yet it provides the color, movement and output Calabrese needs to create the looks he’s after.

“My ideal situation is to set the R1s on road cages and crank stands and use them to augment the house rig,” said Calabrese. “Many times, the R1s will be my main workhorse, so I place them at two different heights to maximize the coverage. In venues that don’t allow haze, I’ll position the Rogues off to the side or out in front, so I can project interesting gobo patterns on the walls or even directly on the band. Since I have a small floor package, I need the Rogues to cover a lot of bases. They are great for aerial effects, cyc looks, and for silhouetting the band, as well as lighting up the audience.” 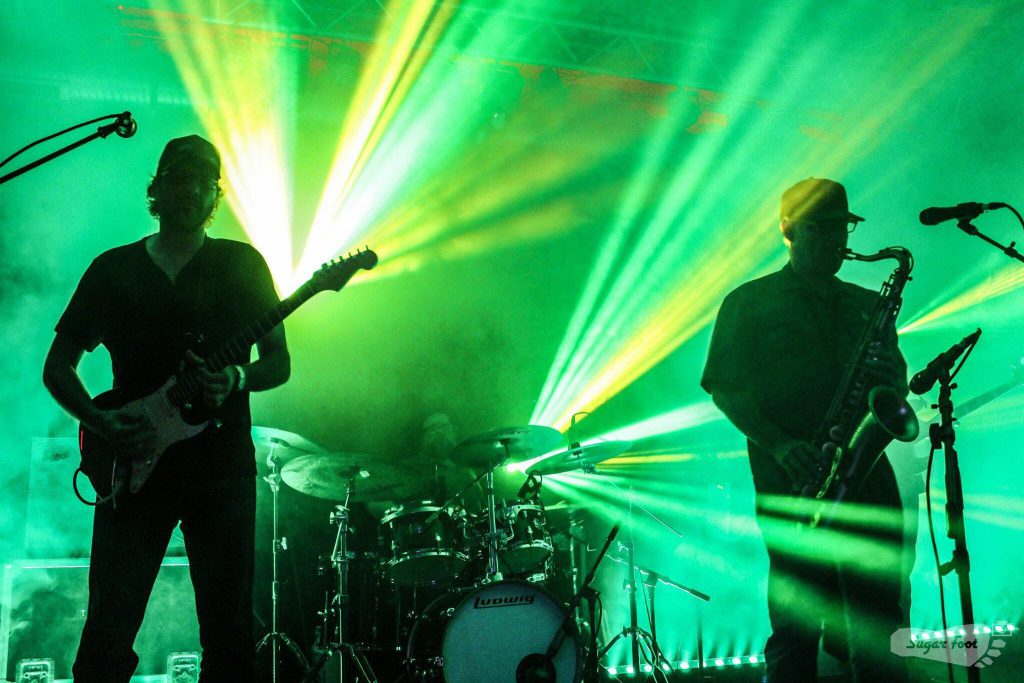 Calabrese usually positions the COLORdash Batten-Quad 12 units in front of amps and tilts them toward the band. “This looks great in the haze as a solid wash for silhouettes,” he said. “It looks even better when we run a chase through the pixels. In some venues, I’ll use them to uplight the back curtain, or I’ll clamp them straight to a stand and use them as blinders.”

Keeping up with Kung Fu’s free flowing music is one of the most rewarding parts of Calabrese’s work. “The band plays a different set list every show, and I am on a slightly different rig every night, so things are always fresh,” he said. “I punt the entire show. It’s always a lot of fun this way, as I am essentially performing with the band every night. You never know when inspiration will strike when you work this way. Punting these shows allows me to take risks and try something new with the lighting.”

Regardless of how much he experiments with new looks, though, Calabrese is always careful to have a front key light and a moving light position for each band member. “Kung Fu is made up of some monster musicians, so first and foremost, I need to light the talent,” he said. “I like to keep up with the band and throw in quick one-shot dimmer chases in unison with a fast 16th-note run and accent any big hits in the tune. The goal is to be just as tight as the band while not distracting anybody from the music. My favorite part of the show is when the band will stretch out a tune and get a little spacey with the music. This is where I can go for a powerful silhouette look and then really dig into my bag of tricks.” 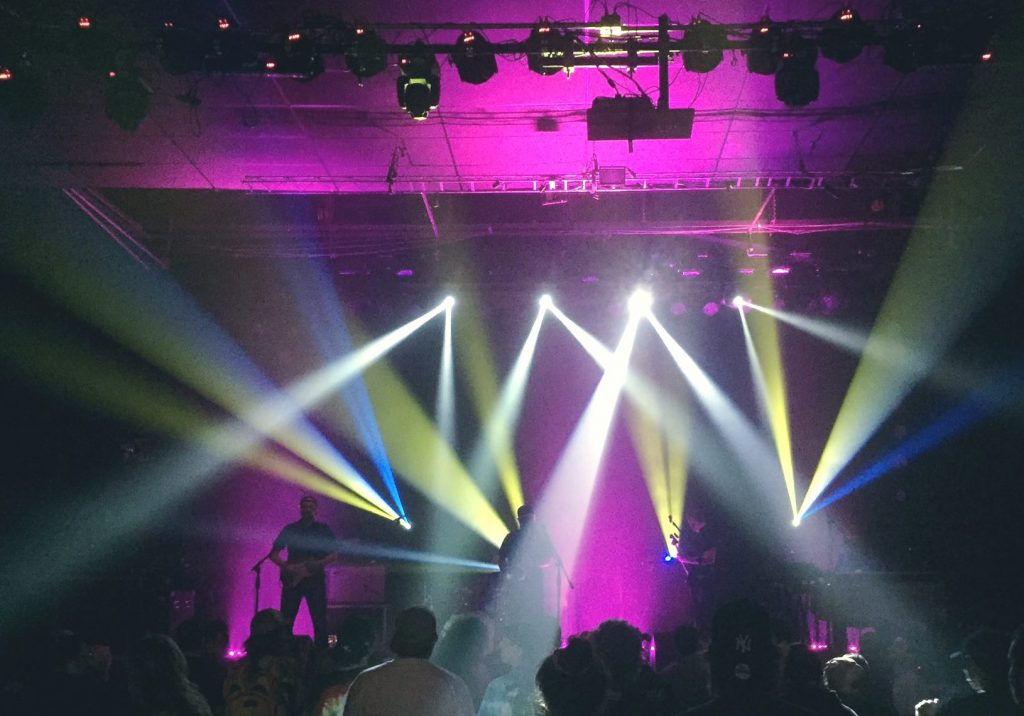