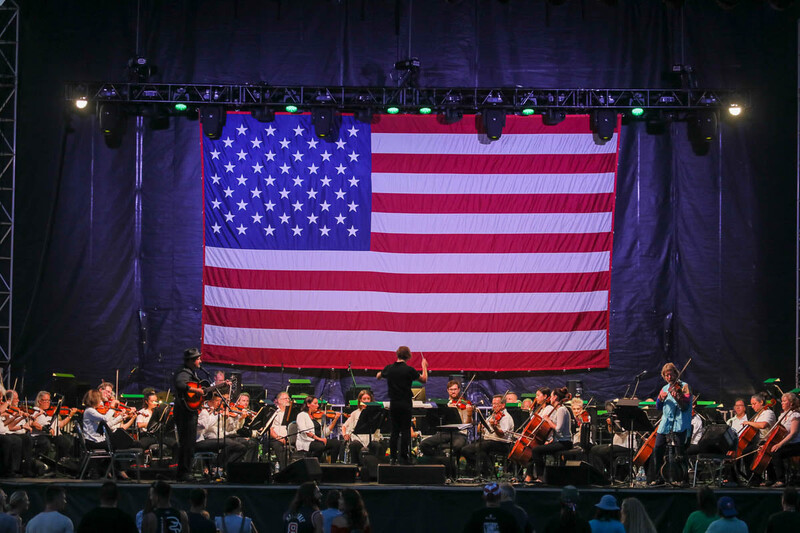 LOUISVILLE – (For Immediate Release) — Bluegrass and orchestral music might come from vastly different places, but the two genres can happily share the same lighting rig, provided it has enough versatility designed into it. This was readily apparent on the beautiful banks of the Ohio River this Independence Day weekend, as foot stomping shows by Greensky Bluegrass were followed by a rousing July 4 performance by the award -winning Louisville Orchestra.

Taking place at the city’s Waterfront Park, the bluegrass and orchestral shows were supported by a powerful and flexible rig anchored by 14 Maverick Storm 1 Wash and six Maverick MK3 Spot fixtures from CHAUVET Professional.

Supplied by C&H Audio Visual Services (the event’s production company), the IP16 rated RGBW washes were evenly spaced across 40-foot downstage truss. The high output 820-watt spot fixtures, which were rented from 4Wall Entertainment, were spaced throughout the upstage truss. 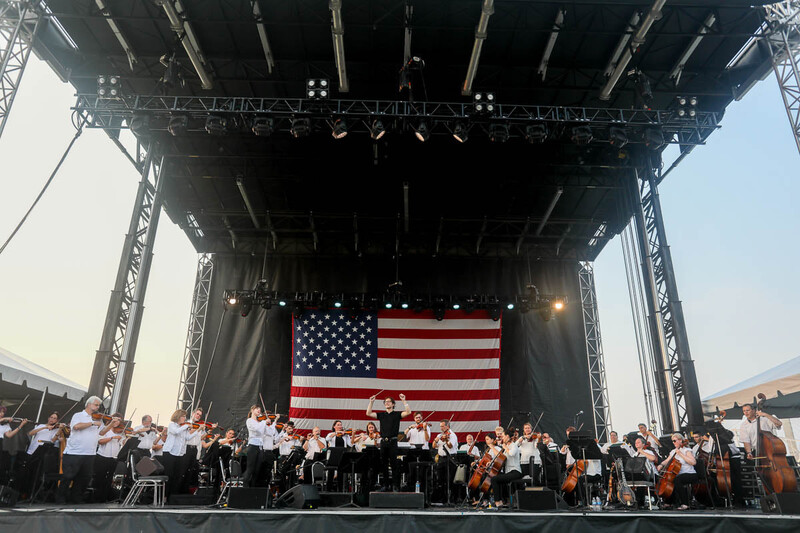 From these positions, the fixtures performed different functions for the bluegrass and classical music shows. For example, when Greensky Bluegrass performed on Friday and Saturday, the Storm 1 Washes bathed the band in an array of colors, while during the classical music concert on Sunday the 4th they were relied on to wash the orchestra in 4200 Kelvin for the video cameras. The spots, meanwhile were used for intense specials with the bluegrass band, and then were counted on to create engaging frost washes over the front rows of the orchestra.

“Andrew Lincoln, the LD for Greensky Bluegrass did a wonderful job designing the rig, not just for the looks it helped him create, but also for the flexibility of being able to turn around from supporting his client to supporting the orchestra,” said Alex Hicks, who created the light show for the Louisville Orchestra’s performance.

The owner of Lucidum LLC, Hicks, drew on the flexibility of the Maverick fixtures when lighting the 90-minute orchestra show, which was followed by fireworks. “Our looks varied with a changing color scheme for each song, with different colored hair/top light for the members of the orchestra,” he said. “I was especially pleased with how all of the looks came out. We used either highly contrasting schemes or colors with similar tonalities to create a cohesive look that followed from piece to piece. We also had three specials built in to allow us to raise and readjust our wash for certain moments when our conductor or our special guests spoke to the audience.”

Throughout the show Hicks had to be mindful of the cameras filming the concert, ensuring that any fixtures used for wash were a consistent 4200 Kelvin. He credits his L2 Johnny Blocker with helping him balance the varying needs of the production.

“Our primary goal was to create an engaging environment for the live audience,” he said, noting that people came to the park on Independence Day weekend to see, as well as hear live performances. Thanks to some talented designers, and a versatile rig, the shows they saw looked very good, regardless of which direction their musical tastes ran. 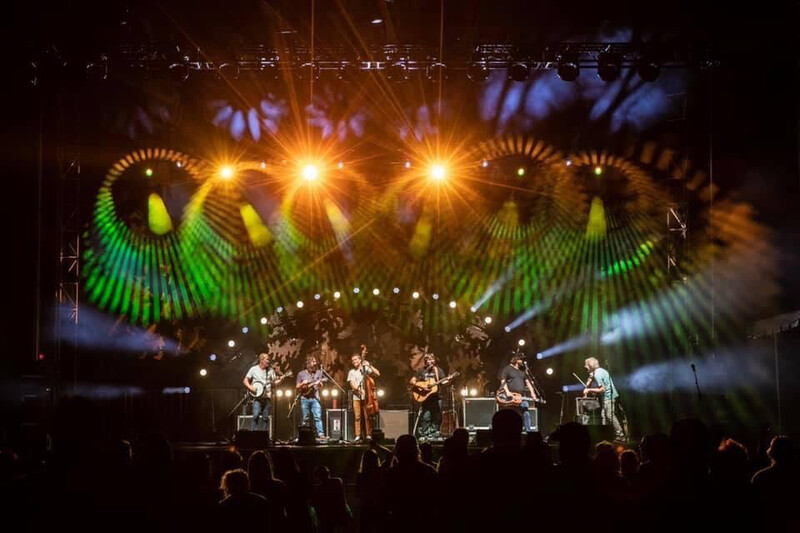