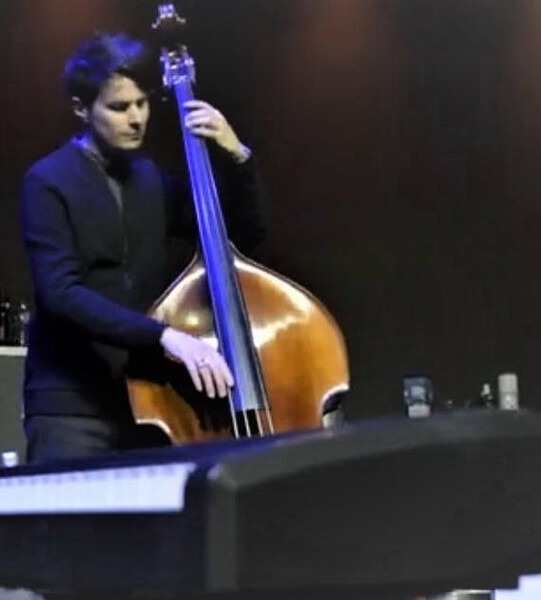 AOSTA, ITALY – The Aosta Valley is sparsely populated, home to only about 200,000 residents within its beautiful villages and countryside. But the picturesque region tucked into Italy’s northwest corner isn’t lacking in welcoming spots where people can go to sit back and relax over a glass of beer or wine.

According to a recent study by Statista, there were 548 bars in the region before the pandemic. Sadly, many of them have gone out of business, while others have remained closed during the lockdown, but anyone can still experience the spirited conversations, conviviality and music of these legendary establishments on the Ralbol Network’s Symosyo program.

Airing on the network’s YouTube channel, Symosyo recreates the looks and feel of a real Italian bar, complete with songs, spirits, friendly patrons and even a crusty but amiable, bartender. Adding to the atmosphere to the show’s eight 20-minute segments is a warm and inviting lighting design by Patrick Ivarone, that features CHAUVET Professional Maverick fixtures supplied by Fumasoli Audio & Lights Rental.

Ivarone lined 18 Maverick MK2 Wash fixtures and 12 MK2 Spots on the ground and on low-level truss along the back end of the set at Fumasoli’s improvised warehouse studio. He relied on these fixtures to uplight the back wall in deep rich colors, primarily reds, evoking a comfortable neighborhood bar atmosphere, while adding greater depth to the set.

“Our goal was to create an inviting space reminiscent of a bar,” said Marco Zafutto, audio engineer on the project. “The idea for the program came from a group of artists and entrepreneurs whose careers and businesses were put on hold by the pandemic. They wanted to give people a reminder of the things they liked about their local bars.” 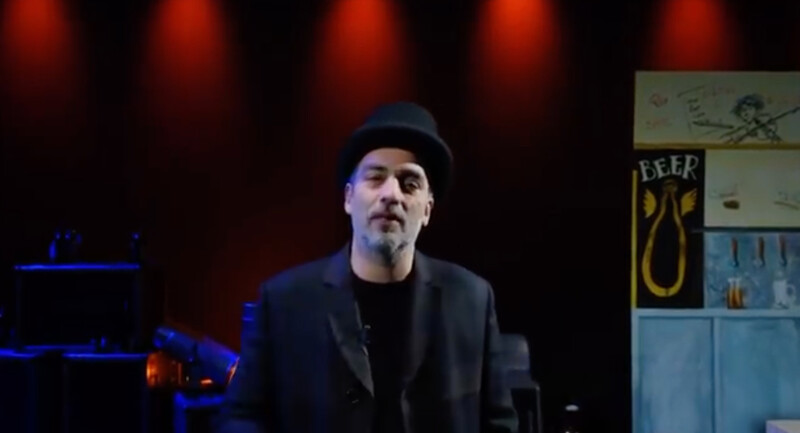 Among the things people like most about their local bars in Italy is the live music. This was brought to life in Symosyo by Zaffuto’s impeccable audio, coupled with the careful balance Ivarone achieved between key and back ground lighting.

During many songs, the performer was bordered by deep monochromic color schemes which faded into black. Set against the smooth, even key light, the background helped those on camera pop off the screen.

At other times, Ivarone created two-tone color schemes, illuminating the performer on stage in red, while accenting nearby objects in blue. All the while, the surrounding area was in shadows.

“The lighting design is very theatrical with its interplay of light and dark spaces,” said Ivarone. “We wanted to create scenes that looked as if they were taking place in a real bar.”

Adding to the authenticity, performers in Symosyo were given glasses of real drinks. Sadly though, viewers of the series at home had to furnish vino on their own. 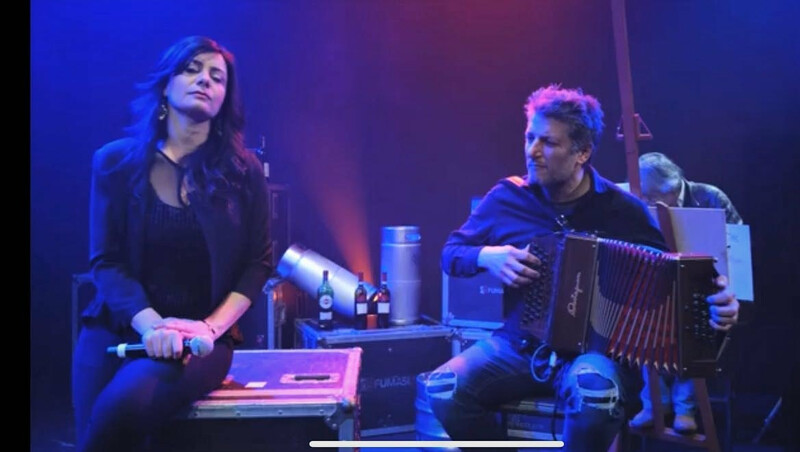 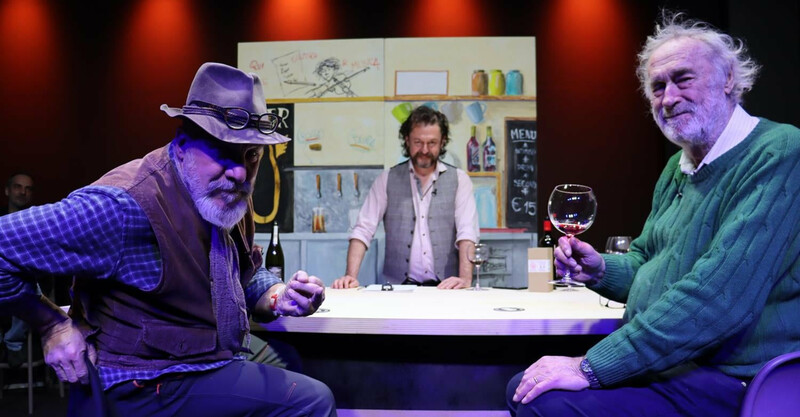