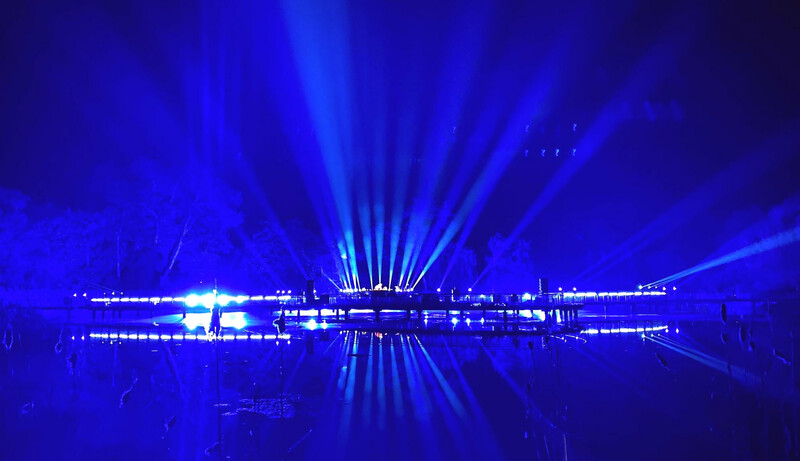 RATHENOW, GERMANY – Light takes on a new life when it dances on water. Gliding ephemerally across the surface without disturbing a drop, it captivates with a special power, defying the normal rules that weigh down matter. This magical chemistry between light and water were beautifully evident at the Rathenow Summer Festival, thanks to a carefully balanced design by Denny Arndt that featured CHAUVET Professional fixtures supplied by Soundspower Event Gmbh.

Held in the city’s famous Optikpark, the August festival featured performances by leading German DJs. The 180-degree stage was set up on a metal framework structure in the middle of the park’s large central pond. Artists performed on the open stage facing the crowd, which gathered following social distance protocol on the pond’s curved banks.

With no background on the improvised stage, Arndt, the owner of BlendWerk Design, gave the area a defining sense of structure by arranging 40 ÉPIX Strip IP fixtures around the DJ booth. “I divided the strips into two groups, one to the left and one to the right of center,” he said. “This defined the scene around the artists, while also marking a clear division between the water and stage.” 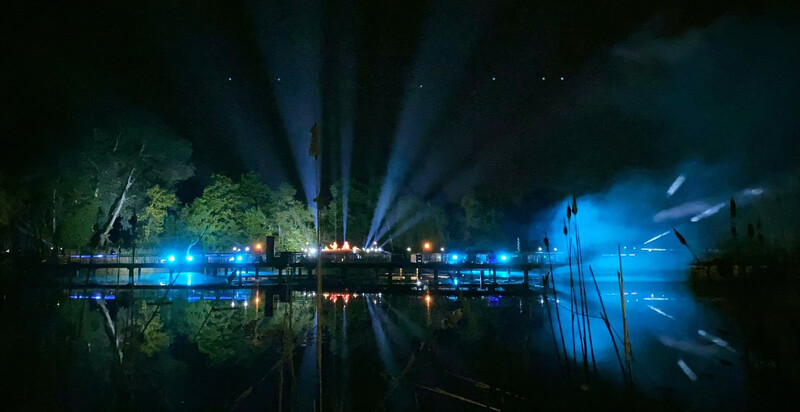 The one-meter long RGB LED strips did more than endow the stage with a geometric form, they also supported the DJ performances with motion and dynamic looks. Arndt created a variety of pixel mapped effects on the units using a MediaMaster Pro over Kling-Net.

Artfully weaving the surrounding water into his design, Arndt had colorful beams of light shimmering across the pond to the crowd on the other shore. Helping him accomplish this were the 16 Rogue R1 BeamWash fixtures in his rig. Drawing on the wide 5ﹾ to 58.2ﹾ zoom range of the RGBW fixtures, he was able to vary the size of the beams dancing across the water, all the while being careful to keep his looks balanced.

“It was important to achieve a balanced beam looks to make the design engaging,” he said. “The Rouges worked beautifully with my spot fixtures to do this. They also had more than enough output to not be overshadowed by the spots, which again was very important to creating the sense of balance.”

The RGBW Rogue R1 BeamWash fixtures were also used to colorize the rail of the metal structure that crossed the pond at different angles, which incorporated the structure into the all-important geometry of Arndt’s overall design.

For key lighting, Arndt relied on 12 Ovation F-55WW Fresnel fixtures. Casting the artists in warm white light, the Fresnels added an inviting glow to the stage, helping to provide those on the other side of pond with the kind of immersive live music experience they have been waiting to enjoy since the COVID-19 lockdown began months ago. 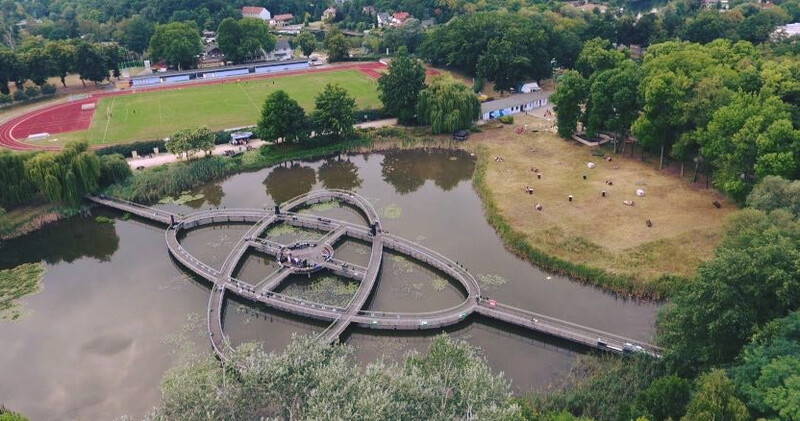