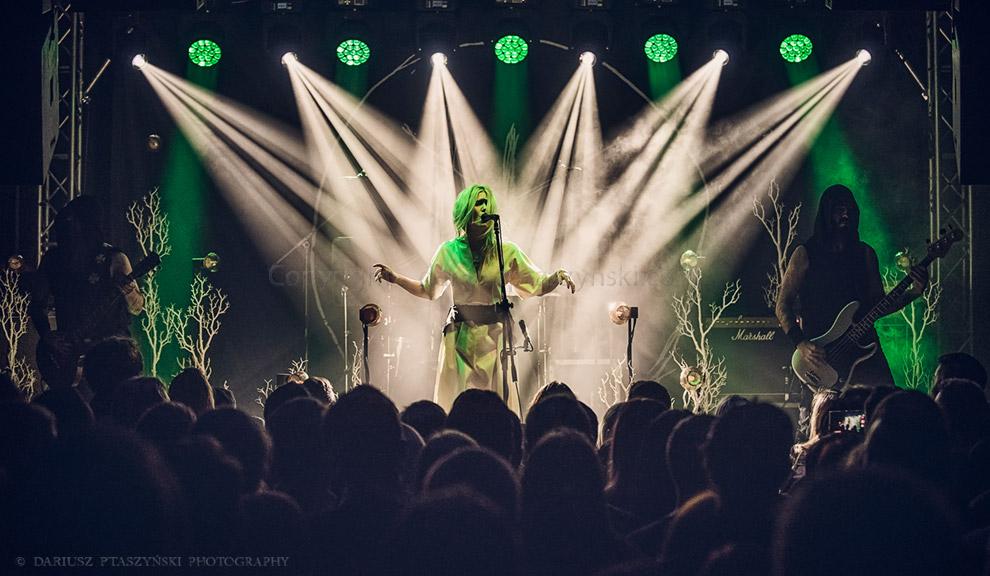 In the hands of this British designer, lighting isn’t merely a source of illumination, it’s often also a building block of sorts. Wielding fixtures of different configurations, many of them custom made, into a variety of shapes, Howard uses them to construct illuminated set pieces for clients like Woman’s Hour and Myrkur.

Howard’s constructs are more than vaguely suggestive symbols; some are literal representations of real objects, such as a house or tree. Glowing brightly, perhaps in richly saturated colors, they create a sort of visual architecture on stage, endowing it with a distinct personality.

The net effect is theatrical in nature, though his designs, with their evocative side lighting and floor fixtures, are clearly more in the realm of the touring, rather than the theatrical, stage. Howard spoke to us about the benefits and challenges of weaving scenic landscapes into lighting design.

Rather than merely light set pieces, you often use them as light sources themselves, as you did with the house frame for Woman’s Hour and the light tress for Myrkur. In many cases you create customized pieces for this purpose. Can you tell us why you do this?
“When approaching a project, I always begin with the band. I like to spend as much time as I can getting a feel for what the current tour is all about and what they want to convey. In the case of Woman’s hour, Fiona Burgess, the lead singer, had an idea of what she wanted her performance to look like. Together, we took that as a starting point for the house structure, and ultimately the full-fledged design.

“I think the ability to provide completely bespoke lighting elements means the band can truly have a unique visual presence on stage. In the age of photo-documentation on platforms like Instagram and Facebook, having a signature look can be powerful, giving the band a real visual identity that is unique to them.

“Custom lighting elements can take many forms and be used in many ways. When lighting can be made into set, not only does it add to the visual canvas of the performance, but it can also be used as key light or other practical light. This creates an interesting effect, especially when the artist can interact with it.” 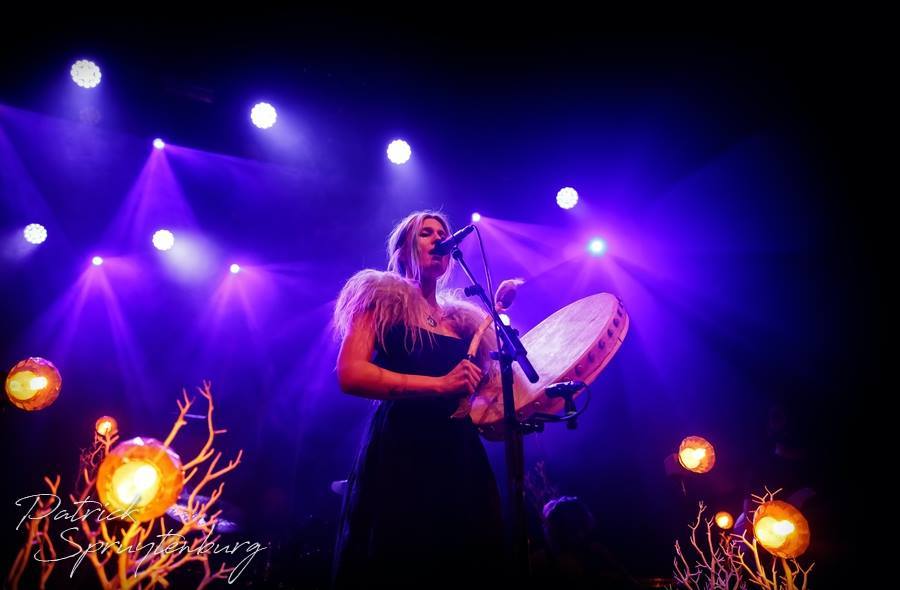 Do your set piece lights typically take the place of another type of conventional fixture (such as a LED tube), or are they additions to your rig?
‘This is sort of a case-by-case issue. Sometimes the entire touring package is lighting integrated in set. Quite often the lighting is the set itself. Having elements on stage that illuminate as opposed to illuminating physical elements adds dimension. You can achieve lighting angles and looks that aren’t possible with conventional fixtures by addressing those shortcomings head on and making something custom. Quite often, when the band goes down the custom route for a tour campaign, the design is complimented with a separate key light package as well as other rented effects, which together make up the whole design.

You tend to keep these lighted set pieces deliberately elemental rather than making them too complex. Why is that?
“A lot of the artists I speak to often have pre-conceived ideas what custom elements involve — and they often think this is unachievable or inaccessible to them. It’s often an uphill struggle convincing production, or indeed the artist themselves, that custom does not always mean complexity, or terribly expensive — and that use of simple elements can have huge impact.

“I think for the artists I work with, simple and bold statement pieces compliment the other performance elements in a way that carries more impact than something overly complex that train-wrecks the show. It’s a balancing act.

“More often than not I believe the lighting should be subservient to the performance, but there are exceptions, and sometimes there are moments in a performance where lighting carries the show. A real example of this was during a show, the band leaves the stage to change costumes between sets. In these cases, the illuminated set as well as a soundscape had to convey transition as well as be visually interesting for the duration that the band were preparing for the second part of the show. This is where elements that are too simple wouldn’t suffice. This is one reason why I tend to focus on layered elements in my designs. For example, something like custom branches that transition from a tungsten filament glow to a more stark and dynamic LED based effect will carry a show firmly from soft folk to hard metal.

Do you see this kind of set piece as something to use in illuminating the stage itself, or is it just meant to be looked at?
‘These elements often form the visual canvas as standalone pieces, but I very much lean to making them useful as well. In Woman’s Hour, there are moments where the only light in the entire auditorium is from the light sculpture, which has been designed in such a way to illuminate the performers inside in an extremely soft light, while maintaining stark contrast from the darkness that surrounds it. The set becomes the key light. I think when this is possible the moments that they achieve really carry weight. With Myrkur, there are moments that only the branches in close proximity to Amalie Brunn, the lead singer, are illuminated, casting elegant soft light upon her face.”

When these pieces are used to illuminate the stage and the artist, how do you control their output and coverage area without compromising the “image” of the set piece itself?
“This is something you address at the start of a project when you have to decide which purpose your custom elements are going to serve. A hell of a lot of research goes into technologies that can achieve the look that’s needed for a show. We work with close partners to achieve control systems that allow custom lighting to work on standardized protocols, so these can be integrated into festival setups or in house systems and toured easily.” 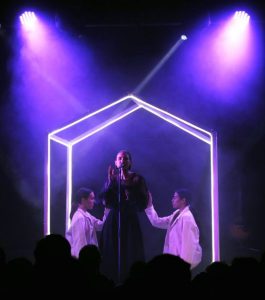 How do you keep these set pieces from distracting for the performance on stage?
“It’s very much about balance. At the end of the day, the show that people pay to see is a musical performance from an artist. The art comes first, and the lighting and visual elements have to support that art. Using lighting-as-set means the presence of the set on a stage can be controlled. It can be faded out at key moments and brought back in when appropriate.”

Is it accurate to say that using set pieces as light sources makes your designs more theatrical in nature?
“That’s an interesting question. I have a deep appreciation for theatre lighting, but am in no way a theatrical lighting designer. When I go down the custom route, the light elements often replace the need for conventional set, arguably moving the style of the show away from theatre. Additionally, I’m slightly front light-phobic! I really prefer to light from the side or floor in convert, as I believe the overall feel, as well as the look of and comfort of the performer on stage, is enhanced, which is closer to a dance style.”

Can you give us a glimpse into the creative process behind your choice of lighted set pieces?
“I don’t always push for custom elements. It very much starts by working with the artist for a look on stage. If there’s something that we want to achieve but can’t find the technology for it, we’ll look into custom solutions. The approach to this involves a lot of research, it often involves using domestic or alternate technology and making it touring friendly. For this, time (as always) is a luxury. I like to work on something intensely then leave it for a while, then return to it with fresh eyes. I very much believe in the power of collaboration too and enjoy spending time with people who don’t work in lighting necessarily to get their view on things.

How do you use the other lights in your rig to make the set piece more impactful?
“I use a lot of side light to illuminate performers, and usually start with where the key light comes from at the start of designing. This forms the basis that everything else builds around. Quite often over the course of a show I’ll rely on a more traditional lighting setup to compliment custom elements and play both off one another to wind up with a well-rounded design.”