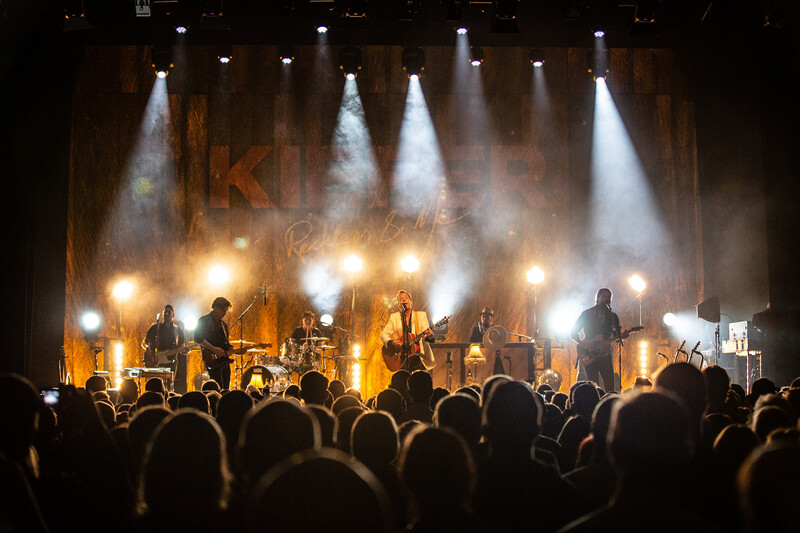 LONDON – Kiefer Sutherland is world famous for his prowess on the movie and TV screen, but fans who turned out to see the Emmy and Golden Globe winner perform with his band on their European tour, came away appreciating the Hollywood star for his vocal chops too. With his jagged, smoky voice, reminiscent of some of his musical heroes like Merle Haggard and Waylon Jennings, the man familiar to everyone as Jack Bauer on 24, knows how to belt out a gritty, heartfelt tune.

Supporting Sutherland’s performance on the recently completed tour was an evocative Dan Williams designed lightshow that featured CHAUVET Professional Rogue R2 Wash fixtures. Like the rest of the fixtures and towers in the touring rig, the RGBW moving wash units were supplied by Colour Sound Experiment. 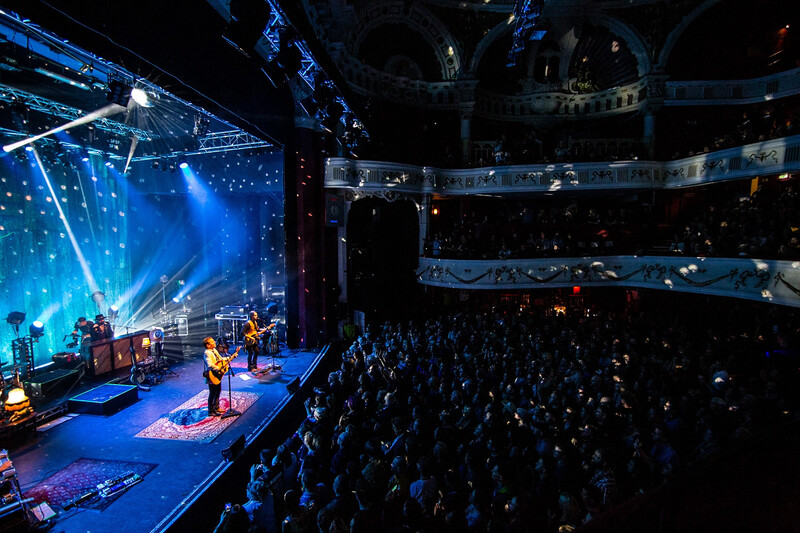 Positioned on six towers that spanned the upstage deck, the Rogue R2 Wash fixtures provided stunning back washes that accentuated Sutherland and his bandmates on stage, in addition to creating mood-evoking aerial effects.

“Before I sat down and did some renders, I met with Kiefer’s music manager to learn about his vision for the show,” said Williams, owner of DanDoesLights. “Understandably, given his vast experience as an actor, Kiefer wanted a theatrical look, which I thought fit the driving concept behind this tour very well. There is a very distinct and powerful storytelling element to his music and we wanted to reflect this in our design.”

Williams punctuated his design with multiple dramatic moments, downlighting Sutherland and the other band members at different points in the show. “There was the view that these are all very talented musicians, so we should concentrate on lighting them as well as Kiefer,” he said. “Toward this end, we highlighted lots of the band members solos with spots at points, without much no else going on. With some of the slower songs, we would start with small spots on band members and then the looks would ‘grow’ with the song. 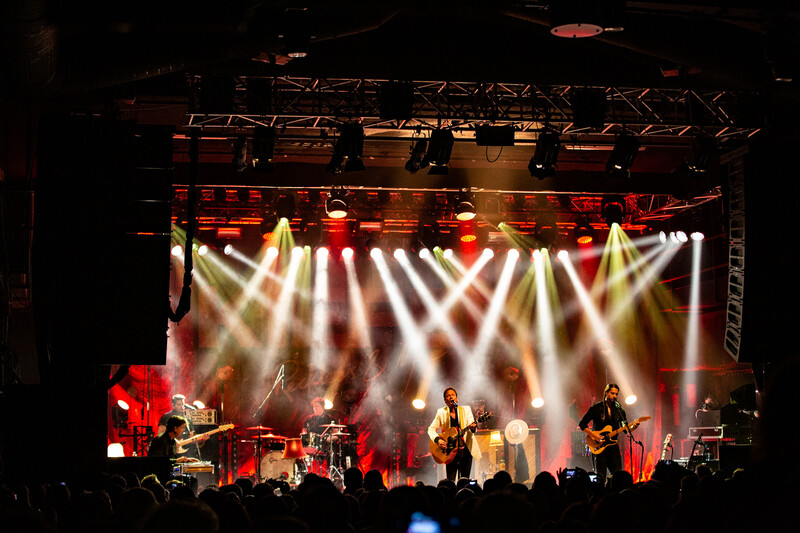 “The song ‘All She Wrote’ was theatrical,” continues Williams. “Kiefer starts on his ego riser with a light in. This is quite a dark song; one of the few of the set where we concentrate more on the show than on the musicians!”

To accentuate the dramatic effect on his design, and vary looks during the show, Williams used his lighting to create apparent changes in the stage’s dimension. At times, he wove the band’s prominent backdrop into this design by washing it with the Rogue fixtures, relying on their ambient light to backwash band members. 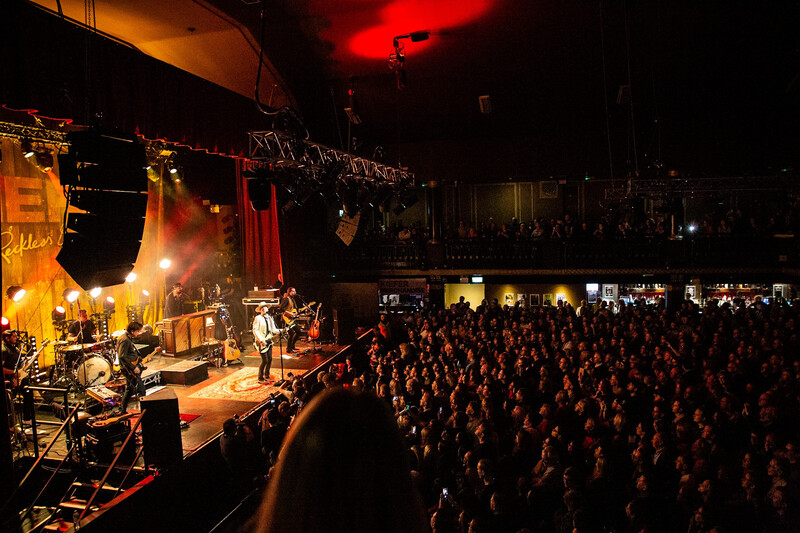 At other times, he flipped his lights over to create aerial looks from the Rogue R2 Wash fixtures in front of the backdrop. “This gave us quite a big dynamic change from the silhouetted ‘whole stage lit’ look,” said Williams. “The aerial effects quickened he pace and a filled a lot of space, even though we had a small number of fixtures.”

Drawing on the color rendering capabilities of his Rogue fixtures, Williams dipped into a wide palette of mood-changing hues, all while keeping a warm look throughout the show. “The R2s were my workhorse for this show,” he said. “They were in constant use. I have to also thank James Hind, who prepped the fixtures. Really, the people involved in this tour were a great group.”

Jack Bauer, Sutherland’s famous fictionalized TV character spy, assumed a lot of different roles in the series. In this real-life role, Kiefer Sutherland, the singer/guitarist, was backed by a great “supporting cast” — and a smart lighting design.