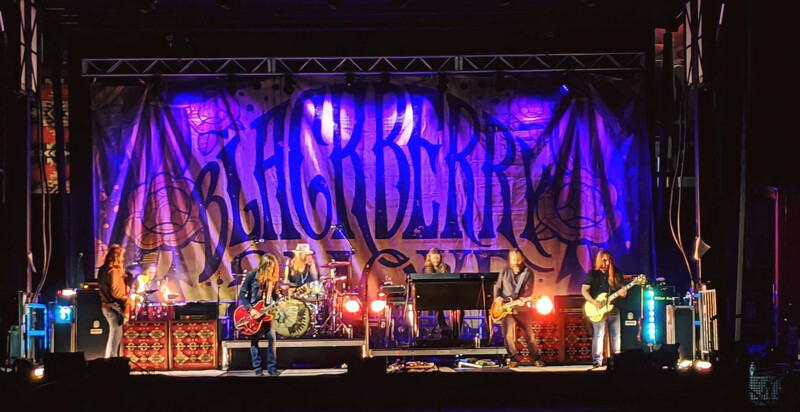 BUTLER, PA – When done right, backdrops can do more than mark off the boundary of a stage, believes Chris “Thumper” Hathaway. Weaving forms and colors together in a flowing swirl of imagery and imagination, they create an organic feeling that connects fans to a band’s music, especially when it’s of the raw, heartfelt variety performed by Blackberry Smoke.

This is one reason why Hathaway made the backdrop created for the band’s “Leave A Scar” LP an integral part of his design for their performance at the Starlight Drive-in outside Pittsburgh. Aside from that, the colorful backdrop also helped him create a compelling look for the show, despite the small size of the drive-in stage, especially when it was enlivened by the eight CHAUVET Professional Maverick Storm 1 Wash fixtures in his rig.

“I have always been a big fan of backdrops, especially for Blackberry Smoke, given the nature of the band’s sound,” said Hathaway. “This one was designed by the band’s drummer, Brit Turner, as album cover art. It’s a blow-through and has become our go-to piece for outdoor shows, including this one, even though it’s supporting a new album.

“A thing I really like about this backdrop is that it lights up very well,” continued Hathaway. “You can have a beautiful backdrop that doesn’t respond well to light, but this one dances with it.” 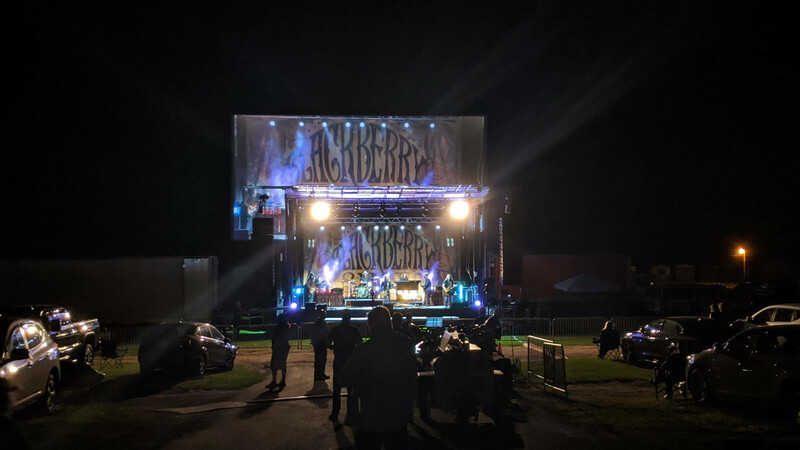 To bring out the full evocative power of the backdrop, Hathaway adopted what he calls a “no-color approach” toward lighting this show. Aside from directing hints of color at truss and posts, he mostly relied on white light to highlight the backdrop.

Hitting the backdrop with light from different top and side angles, he was able to keep a fresh flow of looks flowing throughout the two-hour set. “I used some standard dark blues for slower tunes, but mostly I let some really beautiful light play off the colors of the backdrop so they could speak for themselves,” he said. “The brightness of the Storm Washes made the backdrop pop, and their zoom helped me create a lot of different looks.”

Flown on the upstage truss, the Maverick Storm I Wash fixtures were supplied by Star Design Event Services. “I have used the Storm Washes before and always liked them, so I was really glad when Chris Robin of Star Design told me they were on this rig,” said Hathaway. “Their output cut through the other light. Working with the side light from my floor strips, which were supplied by ASL in Atlanta, they really made the backdrop pop, which was quite an accomplishment at this drive-in, because we had to make our front light a little stronger than average for the cameras.”

Hathaway relied on cue stacks for the band’s standard songs, but busked the rest of the show. For those numbers, he just “went with the flow of the band to create a natural feeling,” — just like the one conveyed on the show’s vibrantly lit backdrop.