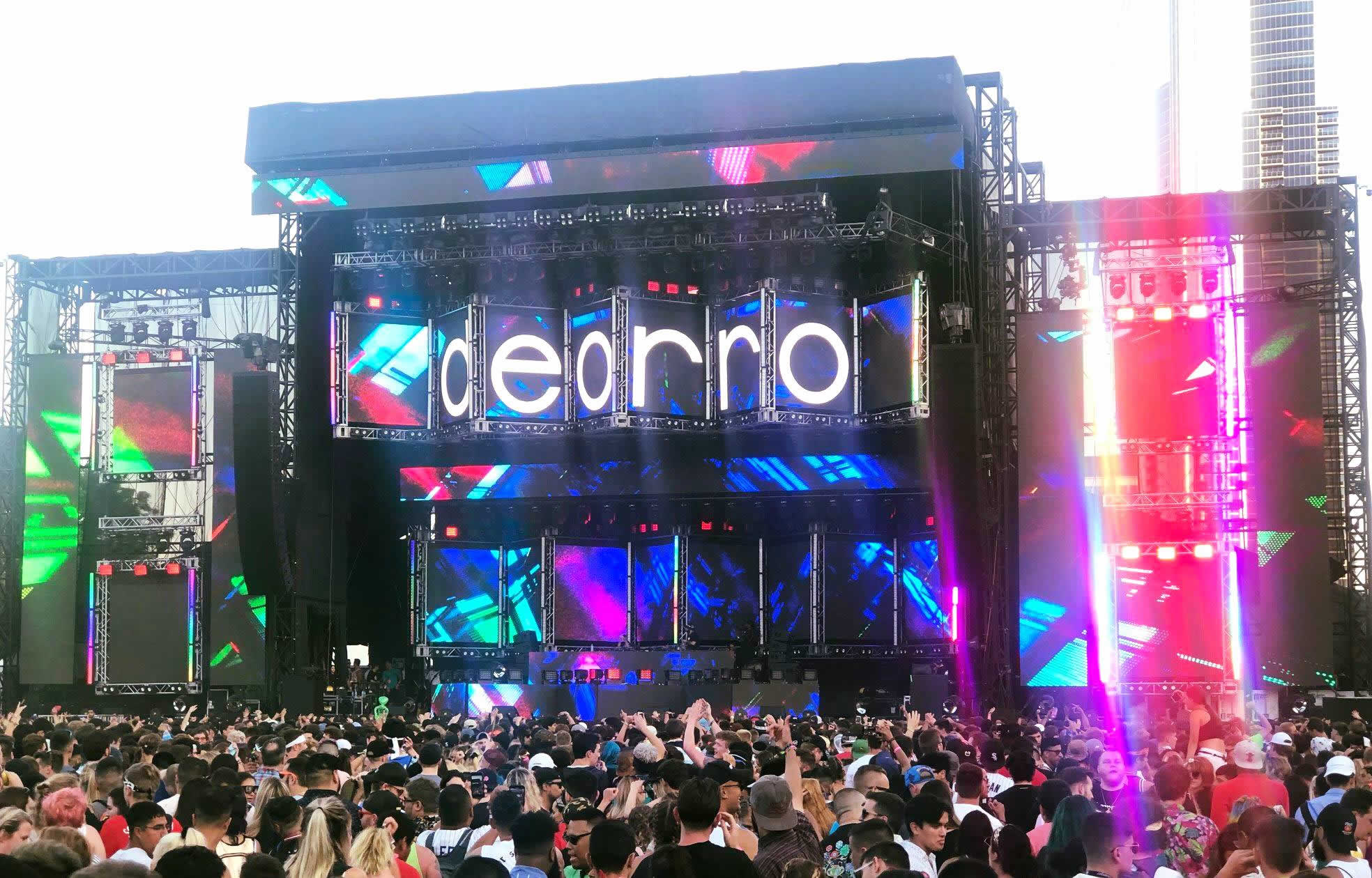 CHICAGO – Festival lighting is often about making big things happen in tight spaces. For proof of this, one needs to look no further than at the work Chris Lisle and his CLLD, LLC team did on Perry’s Stage at Lollapalooza earlier this month. The Nashville-based designer was already working on the festival’s main and second stages when he was approached by Lollapalooza PM Brandon Sossamon about creating the Perry’s rig. He jumped at the chance, given that, as the festival’s main EDM site, Perry opened up some unique production possibilities.

As is typical of EDM stages, Perry’s was dominated by video. So, Lisle and his assistant LD Erik Parker began their design by layering video panels supplied by Go Vision. Then came the critical task of filling the gaps in the Z truss configuration of those panels with lighting from Bandit Lites. A key element that held everything together in this intricate, tightly woven multi-level rig were 78 CHAUVET Professional COLORado Solo Battens.

“Perry’s Stage was an impressive structure, but considering all we had going on with this design, the space was relatively tight,” said Lisle. “Much of our concept for the rig was based on Z-shaped trussing from Reed Rigging. Given the dimensions of the stage, we relied heavily on layering to create big looks without taking up a lot of space. Everything and everyone worked together to create powerful visuals.” 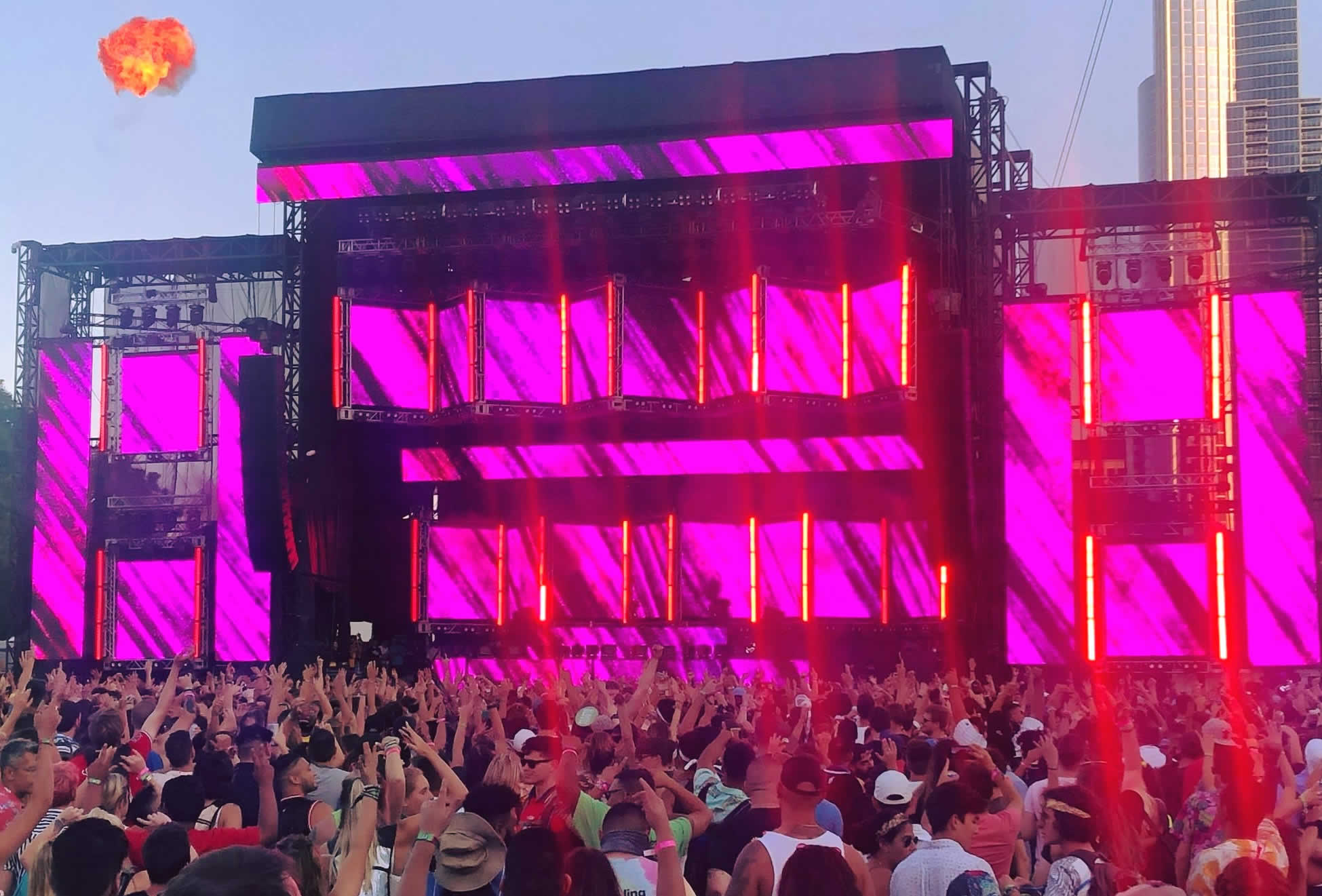 Lisle and his team stacked the COLORado Solo Battens in the Perry’s rig vertically to fill the space between the video panels. From these positions, the high output RGBAW linear fixtures lent a visual continuity to the panoramic video display that ran the width of the stage. This ensured that fans got to experience the stage’s full production value regardless of where they were in the audience.

“It was all about viewing angles this year,” said Lisle. “We wanted the people off to the sides to get a cool, unique perspective of the production that was different than what someone facing straight on was getting, but still had the same kind of impact. The COLORados helped us do this by allowing us to manage the angles.”

In addition to their role in tying the rig together, the COLORado Solo Battens delivered extra visual excitement to the stage’s lightshows. Justin Casey, who ran FOH for the CLLD, LLC team took advantage of the LED batten’s 12 individual sections to create pixel mapped chase sequences. So too did many of the visiting LDs. 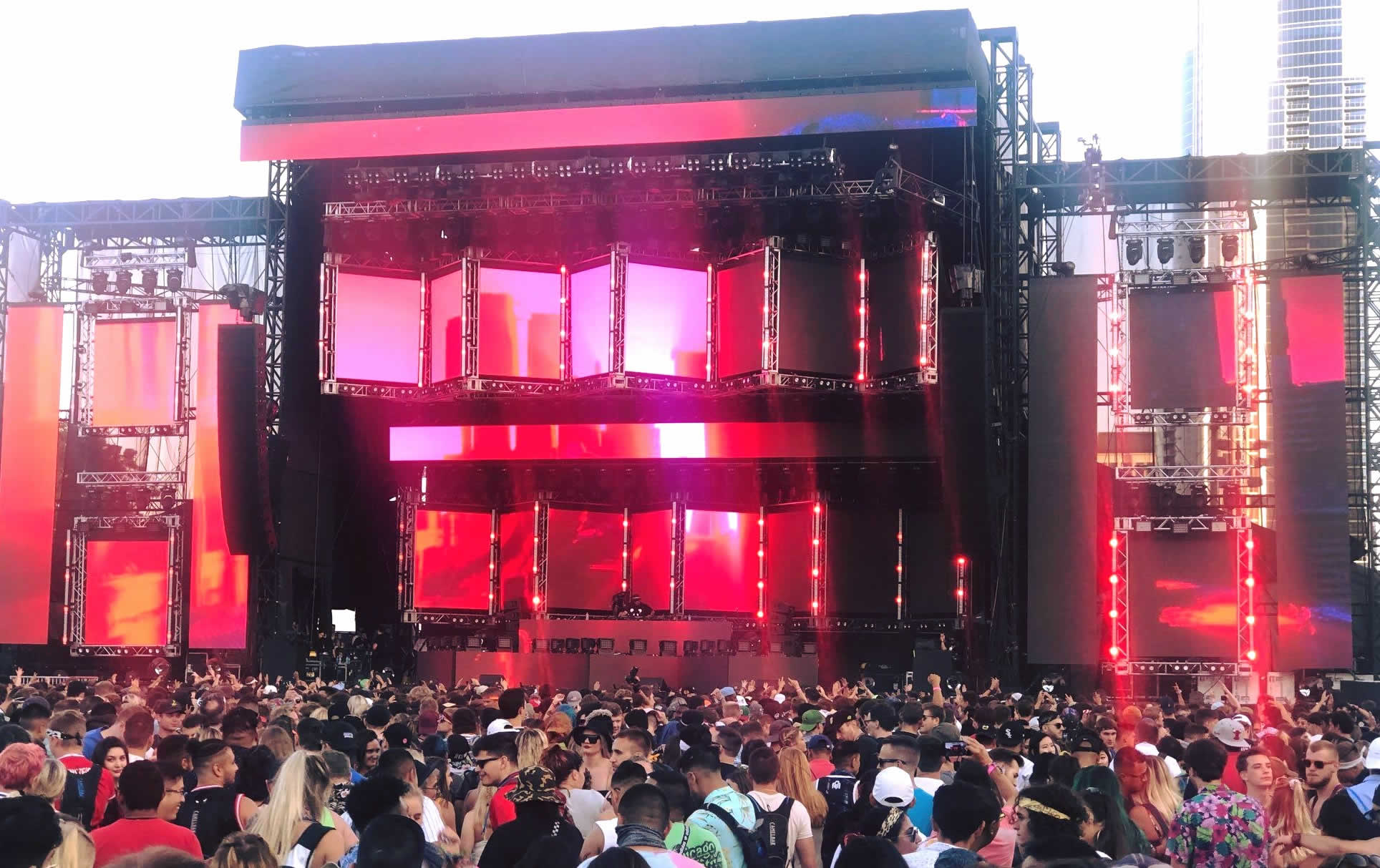 Some of the acts on Perry’s Stage used the COLORado Solo Batten as a mood-changing wash. Virtually all had the fixtures run on and off in sync with the flashing images on the massive video display. In these cases, the COLORado Solo Batten’s single homogenized wash created a bold, stark impression that stood up well against the intensely bright panels.

“We were impressed with battens,” said Lisle. “You can have them create a homogenized wash that doesn’t show any pixels, which is nice when you’re using them as a visual element that fills space. Plus, with their color capabilities, they blended in with the wide variety of video images displayed on Perry’s Stage over the course of the festival.”

Flexibility was essential in Perry’s rig, given the range of artists the stage played host to, from Alesso, who brought his “big room” sound supported by lasers and pyro, to the very deep bass of DJ Diesel (aka former NBA star Shaquille O’Neal), to the abstract sound of San Holo, supported by heavy atmospheric looks.

There was something for every EDM fan, and each look was supported by intensely bright and varied visual panoramas. As Lisle put it: “production is the star at an EDM show.” And in the relatively tight quarters of Perry’s Stage, this LD and his team saw to it that this star was big, bold, and bright.