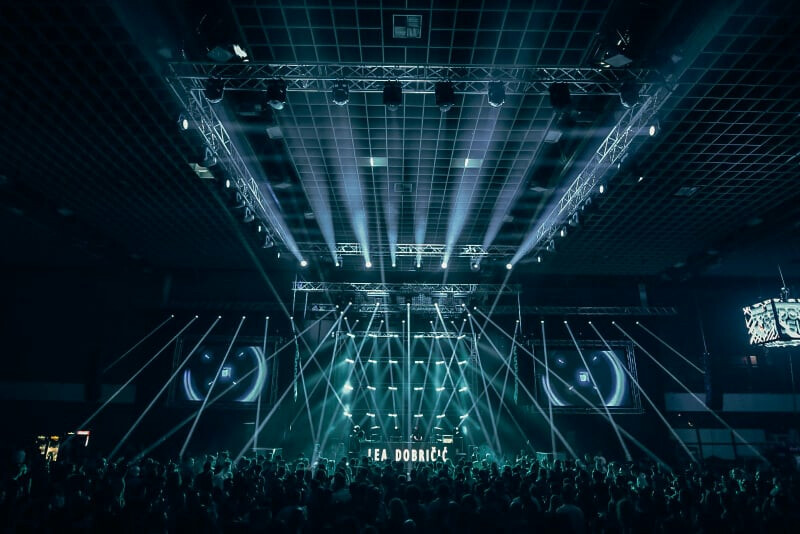 NOVI SAD, SERBIA – With its stellar lineup of techno stars, the Green Love Festival has grown into a magnet for music fans, not just for its sounds, but for its visual treats as well. Aside from being located in a beautiful vibrant city on the Danube that was designated the European Capital of Culture for 2021 by the EU, the indoor and outdoor festival wows fans with some stunning stage panoramas.

This was readily apparent in the sizzling looks that lighting designer Predrag Djordjević and stage designer Dragan Rajčin from Chameleon Rental conjured up for artists like Fatima Hajji, Regal and Lea Dobricic during the most recent incarnation of the festival. With its crossing patterns of beams set off against a massive wall of bright blinders and video panels, their design wrapped itself around the music note for note, commanding attention without taking attention away from the artists.

Aiding them in this endeavor was a collection of over 100 CHAUVET Professional fixtures supplied by Chameleon Rental that included 16 Maverick MK1 Spot, 20 Maverick MK2 Wash, 24 Rogue R2 Beam, and 60 Rogue R2X Beam fixtures as well as 24 Shocker 2 blinders from CHAUVET DJ.

Massing some of their fixtures along the upstage wall to create a stunning backdrop, positioning some on the stage deck, and flying the remainder on overhead truss that extended midway through the indoor performance area, they were able to immerse the crowd in a field of light from multiple directions.

When all fixtures were turned up at once, the entire room was transformed into a veritable lightbox that glowed with energy.  At other times, only the back wall of lights blasted away engaging the crowd with audience lighting. Then there were times when the fixtures along the back of the stage were lowered, and most of the light came from beams directed across the ceiling of the room from the units on the uppermost truss positions. Alternating light patterns this way created radically different perspectives in the room at various points throughout the festival, which served to make the overall look more compelling for fans. 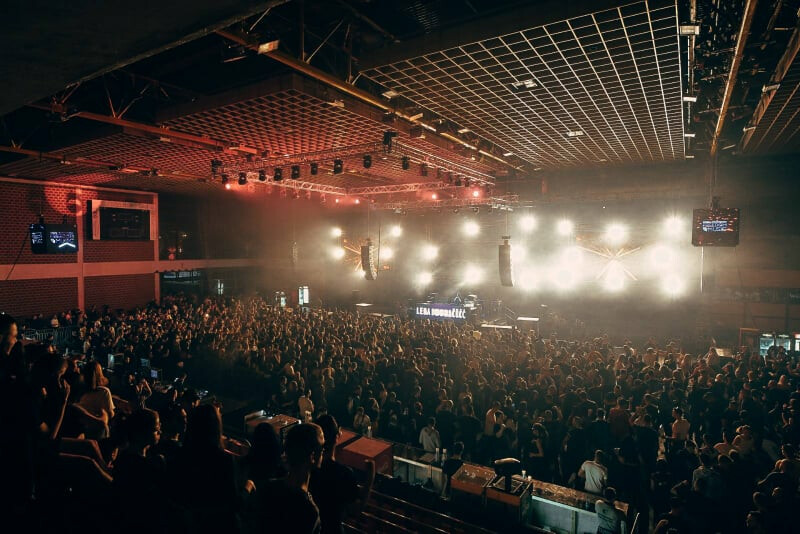 Key to providing a colorful visual foundation to underline the electronic beats was the output from the combination of Maverick MK1 Spot and MK2 Wash fixtures that were flown over the entire room. Thanks in part to the 350W engine, CMY + CTO color mixing and the two 6-position rotating slot and lock gobo wheels of the MK1 Spot, Djordjević was able to ensure a mixture of saturated yet ethereal looks to induce euphoric atmosphere amongst the crowd.

Another defining visual aesthetic present within overall visual concept, was the razor-sharp Rogue R2X Beam fixtures, 12 of which were on upstage ramp, while the remainder were on trusses and the upstage deck. Coordinated with these effects from the stage were the Shocker units that served as blinders from their central truss position.

“We were really happy with the energy which we were able to create with our design, and judging from the crowd reaction, they were too!” said Rajčin. “Having the right tools at our disposal certainly enabled us to fortify the visual legacy of Green Love.” 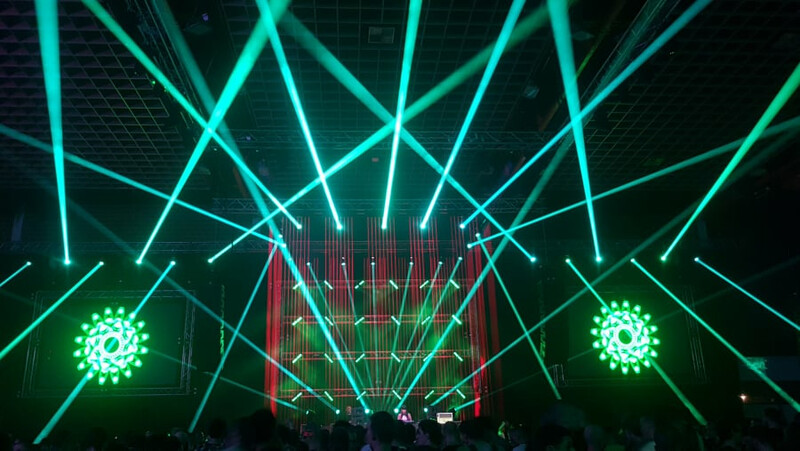