BRISTOL, UK – New art and cultural movements seem to blossom most rapidly (and colorfully!) outside the grip of commercial interests. Such was the case in 1988, when the so-called “Second Summer of Love,” sprang up virally in Bristol and other UK cities, as young people flocked to clandestine rave clubs that opened in abandoned and forgotten warehouses.

Now, some three decades later, the spirit of those heady times is being revived and honored by Alfresco Disco, a group that organizes roving, rave music, and art events reminiscent of the mood of that long-ago summer.

At one recent stop, the ambiance of the original rave nights was recreated in a deeply evocative fashion, not within the worn-out walls of an unused factory but inside a 3,000 square meter state-of-the-art warehouse. Working this magical transformation was the design team from the facility’s owner, event specialist PYTCH. 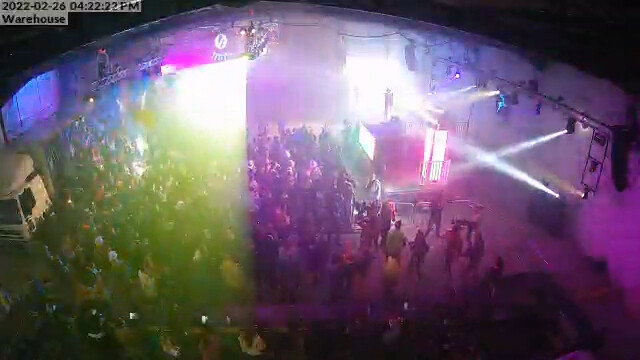 The PYTCH crew used 50 CHAUVET Professional fixtures to light Alfresco Disco, which, true to the underground origins of the early rave clubs, only announced that it would be taking place at the site on the day of the event itself. Nevertheless, over 2,500 ravers showed up.

When they did, they were instantly immersed in an ‘80s metro, subterranean vibe.  The people from PYTCH transformed the empty warehouse into a full-scale party venue in a mere two days. Central to infusing the creative energy of those incendiary early raves into the space was their creative use of eight Rogue Outcast 1 BeamWash fixtures, which were hung from trussing structures. Thanks to each fixture’s seven 45W RGBW LEDs coupled with the 12 pixel-mappable RGB LED ring; the team was able to create unique, redolent visual effects that transported ravers back to an earlier time.

With lead lighting designer Dan Giddings and lighting tech Luke Boast busking through performances by artists like Move D, DJ Gregory and Matisa; the designers drew upon the playful juxtaposition of the Outcast’s central light source and outer ring to create spontaneous and energetic visuals.

This interplay of looks succeeded in engaging the expectant crowd with the music and space combined fuse space, music, and creativity.  “The new Rogue Outcast 1 BeamWash fixtures were the talking point of the evening for anybody interested in lighting,” said Giddings. “Even for people who weren’t necessarily lighting-savvy, the ring effect around the beams was definitely noted and commented on for their incredible retro feel.” 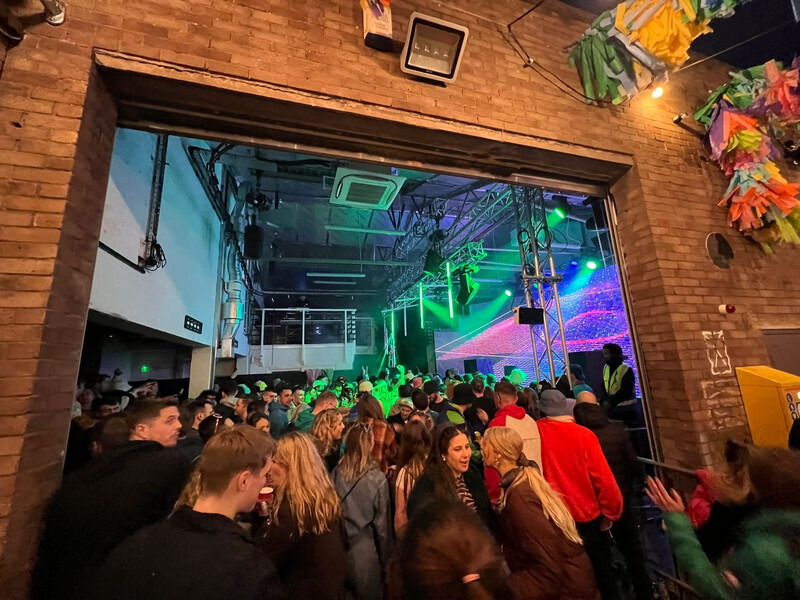 While the retro look was high on the client’s list of priorities, using outdated and highly inefficient retro halogen fixtures was certainly never an option for PYTCH, which has built a reputation for harnessing the latest technologies to create captivating visuals.

Awarding the event with the best of both analog and digital worlds were 10 STRIKE P38 fixtures, which gave an additional retro visual kick to proceedings. Thanks to the STRIKE P38’s punchy 90W LED source, the team could recreate the halogen par can look synonymous with 90s rave culture, incorporating the tungsten emulating effect into the various sets.

Providing a foundation of visual support with a mixture of movement, strobes, beams, and washes, the team specified 12 Rogue R2 Wash, 10 Maverick Hybrid MK1, and a further eight Rogue R2 Wash and two RH1 Hybrid fixtures for the second stage. 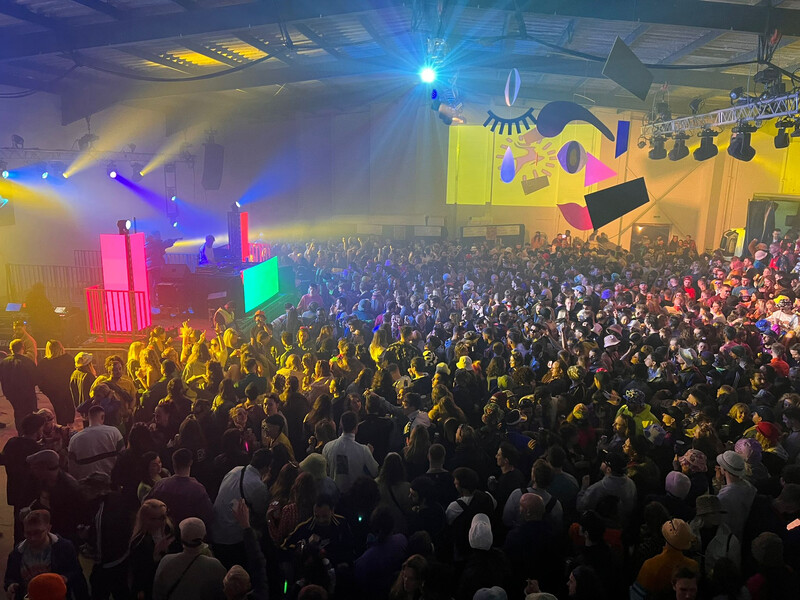 With the placement of the wash and hybrid fixtures, the team was able to douse large swathes of the huge warehouse in saturated color, immersing partygoers in a thrilling atmosphere. Given that the lighting technicians were busking the entire show, they were also able to draw upon the zoom of the fixtures to create captivating movements within the crowd, cross-crossing with diagonal beams from different directions to infuse energy within the DJ sets.

“Everybody really loved the night,” said Giddings. “This was a fun event to light. For those who were around at the time, it also brought back memories.

Whilst those memories might not have had the spontaneity of the original rave era, they certainly captured its liberating feeling – and for those enjoying Alfresco Disco at PYTCH on this night, that was more than enough.