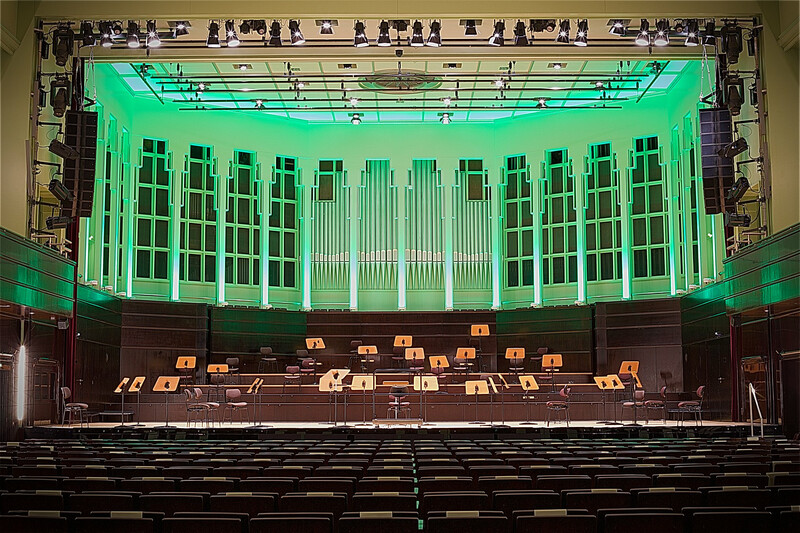 BREMEN, GERMANY – Critics rarely review a concert at Die Glocke without commenting on the exquisite acoustics of the historic venue. The meticulously detailed space inside the Walter Görig-designed building reflects sound with such clarity and purity that leading artists have sought it out for their performances. Even the legendary conductor of the Berlin Philharmonic Herbert von Karajan, who performed at the world’s finest venues, singled out Die Glocke as one of the three finest concert halls in all of Europe.

Given this reputation, Christoph Brunkow, Project Supervisor at Glocke and his team had clear goals in mind when they were upgrading the facility’s lighting system. In addition to seeking fixtures that produced bright even fields of light, they were looking for ones that were quiet and could be installed with minimal disruption to the building’s interior.

“We wanted to change as little as possible about the building,” said Brunkow. “Our goal was to keep the existing rigging while installing new fixtures that delivered the same power – or more- than our old ones. Of course, since this hall is famous for its acoustics, it was key that the fixtures be extremely quiet. Accepting compromises was absolutely no option for us.”

Helping the technical team meet their goals without compromise was a collection of 59 CHAUVET Professional LED fixtures. Replacing Die Glocke’s traditional incandescent lights, the new units greatly enhanced the illumination at the concert hall while reducing energy and labor costs. 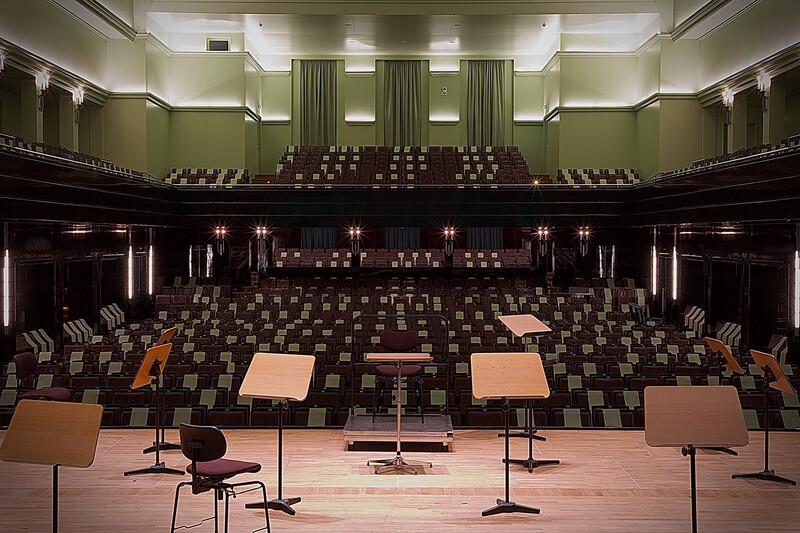 “Our goal was to replace our conventional light completely,” said Brunkow. “Our old fixtures ran long hours, which used up a lot of energy. We also had to replace their lamps frequently, which required a great deal of effort. With rehearsals and concerts, the whole rig was regularly used up to 14 hours in operations non-stop! Therefore, we wanted to have high quality, long-lasting products in our rig.”

The rig installed at Die Glocke features eight Ovation F-915 FC RGBA-Lime Fresnels that are used to wash the stage in white and colored light. Also in the rig for stage washing are 11 Ovation F-265WW warm white Fresnels and 36 Ovation P-56 VW par-style units. For audience and effect lighting, the rig features four STRIKE P38s warm white fixtures. Along with these lights, the rig was upgraded with a Net-XII ethernet-to-DMX node.

“The quality of the white light along with color rendering capabilities and intensity were extremely important to us” said Brunkow. “With the lamps on the left and on the right of the stage, it is critical that we can control colors remotely. With the old conventional lights, it was always a struggle to reach them in order to replace color filters.”

Operating quietly, the new lighting rig has already made a positive impression. Brunkow notes that crews on recent film and streaming projects have been very enthusiastic about the upgraded lighting system. Perhaps down the road, critics will not only be writing about Die Glocke’s legendary acoustics, but about its lighting as well! 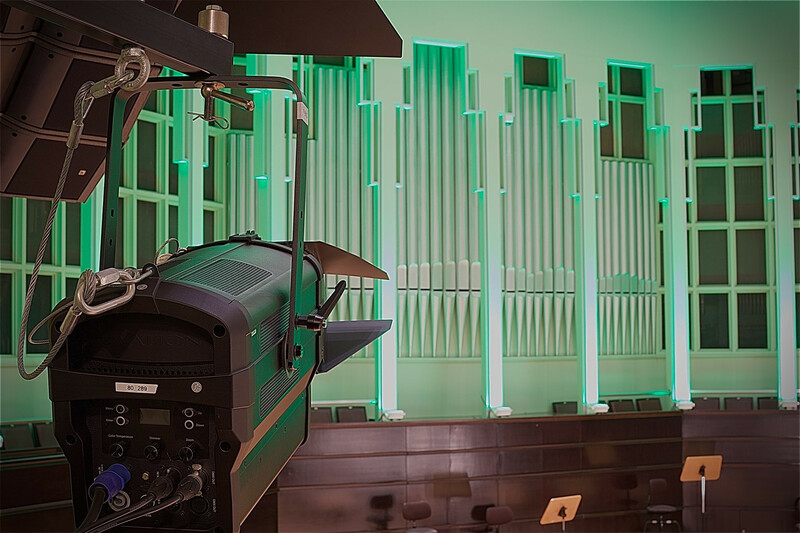