NASHVILLE – Jason Aldean’s High Noon Neon Tour is named after his recently released hit single, which got its name as a remembrance of the small honkytonks and clubs that the Macon, Georgia native played when he started out some 20 years ago. Today, 20 Number One singles, millions of album sales and a fistful of major awards later, the country superstar is still playing with all the fire and passion he did in those neon days. This is very evident on his current 34-city tour, not just in his music and animated stage presence, but also in the punchy Chris Lisle-designed lightshow that supports his performance.

Deploying a rig supplied by Bandit Lites, Lisle of CLLD is using 64 Rogue RH1 Hybrids from CHAUVET Professional in his lightshow. The 330-watt fixtures are hung on eight truss fingers that radiate at different angles from the middle of the stage out to the audience. From this position, the spot/wash/beam fixtures fill a variety of roles, from creating specials and cross lighting to down lighting and aerial effects over the audience.

Regardless of how it’s used, the Rogue RH1 Hybrid is valued on the tour for its intense output (up to 110,00 lux at 15 meters in beam mode). Although the tour rig’s massive video displays create big looks, the Rogue Hybrid fixtures, with their generous output, are relied on to reflect varying moods during the concert by covering the stage in different colors.

“This year, we’re relying heavily on video, which has made the brightness of the Rogues critically important to us,” said Keith Hoagland, the tour’s lighting director. “We have large 4K video walls, and needless to say their output is significant. The Rogues that we position above the band and to the side of the stage more than hold their own with the video walls. Thanks to their brightness, we can see their beam angles and gobo patterns not just on the deck, but in the air as video pounds the audience.”

The versatility of the Rogue RH1 Hybrid and its wide zoom range have also been important, allowing the rig to be adjusted as the tour moves back and forth between arenas and amphitheaters. “Given their versatility and road worthiness, these fixtures have been indispensable on tour,” said Hoagland.

Also essential to life on the road during this coast-to-coast tour has been the work of its crew. “This is an amazing crew,” said Hoagland. “These men and woman have stepped up and worked wonders with this system. Their attitude and actions speak volumes about them. To our Crew Chief and man in control — Jonathan ‘Neppy’ Houle – all I can say is ‘thank you.’ He is always there willing to do anything. Patrick ‘Magic Man’ Cowden has been incredible. I do not think within the last four years I have ever seen Magic Man upset with anyone or anything. Scott ‘Cannon’ Wesson has stepped up huge this year. He is our M.E. and has taken great control of this position, very proud of him. Then we have two new folks to my crew – Trevor Drawdy and Michelle Saintey — who are doing great jobs.”

Describing the crew in general, Hoagland calls them “non-stop working heroes.” It’s a description that also sums up the spirit of this tour by one of country’s most stalwart stars. 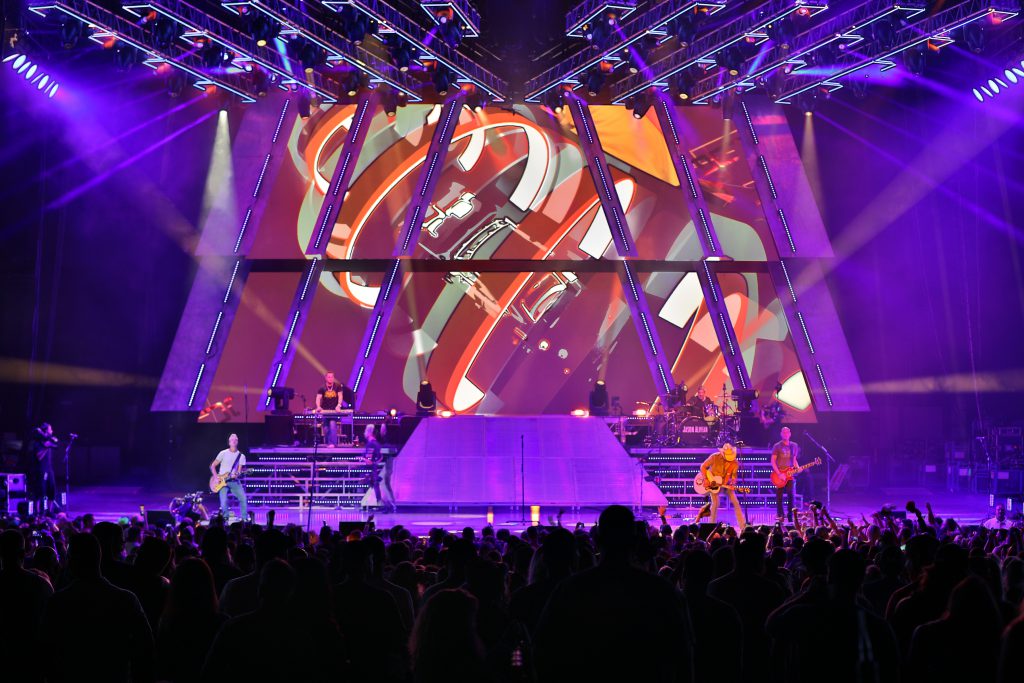