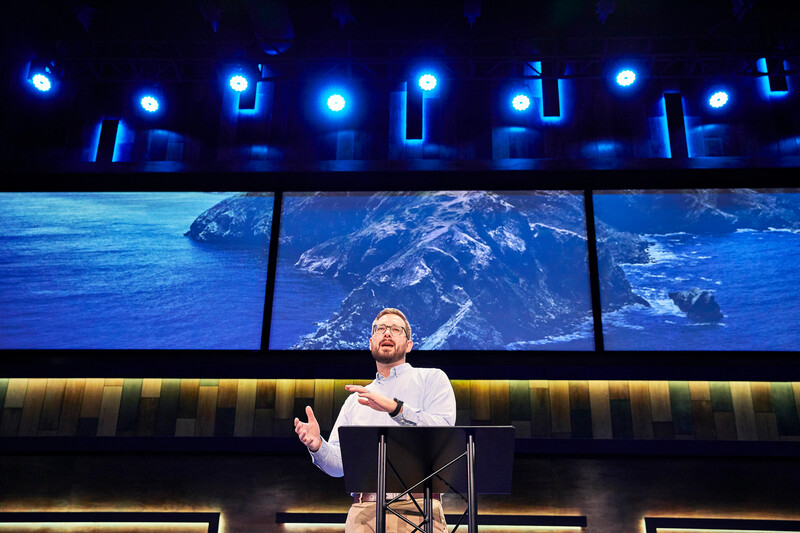 FORT WORTH, TX – A motorists who last drove down Blue Mound Road three or four years ago, could be forgiven for not recognizing it today. To keep up with the phenomenal growth of its surrounding community, the once sleepy rural pass was transformed last year into a modern suburban thoroughfare with four lanes instead of two, raised medians, turn bays and bicycle paths.

Like the expanded Blue Mound Road, the new Cross Church DFW satellite campus that sits on 27 acres just off this bustling thoroughfare is reflective of the dramatic expansion that has taken place in North Fort Worth recently. Parent church, North Richland Hills Baptist, opened the spacious satellite in September 2019, after two years of planning, to reach the increasing number of worshippers settling in the area.

Reflecting the forward-looking orientation of the new campus is a state-of-the-art AVL system designed and installed by Paragon 360. Outfitted with the latest audio and video equipment, the new system is used to broadcast services and events to lobbies and classrooms throughout the expansive Cross Church facility, as well as to the North Richland Hills Baptist home base, strengthening the connection between the two campuses. 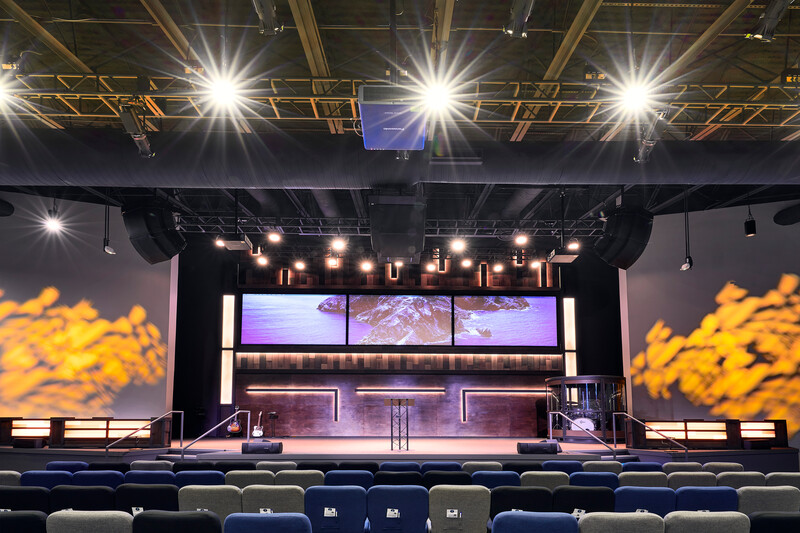 Helping to ensure the quality of those videos is a stage lighting rig that features CHAUVET Professional Ovation and COLORdash fixtures.

Paragon 360 installed 19 Ovation E-910FC RGBA-Lime color mixing ellipsoidals, all with 36ﹾ lenses, in front of the stage, relying on their flat, even field of light and 2800 to 6500 K color temperature to provide supportive lighting for broadcasts as well as for worshippers who experience services live at Cross Church.

“Ovation ellipsoidal have been our go to fixture for front light for several years now,” said Matt Dean, Lighting Lead at Paragon 360. “We use them on almost all of our installs, whether there is going to be video or not.”

The Paragon 360 team positioned the Ovation E-910FC units 40-feet from the stage, as well as in side-light flanking positions. “This building has a relatively low ceiling,” said Dean. “This, coupled with the HVAC being rather large, made it difficult to get the optimum angles that we were trying to achieve, especially because of the video aspect. However, the Ovation fixtures are versatile and we were able to work around those obstacles.” 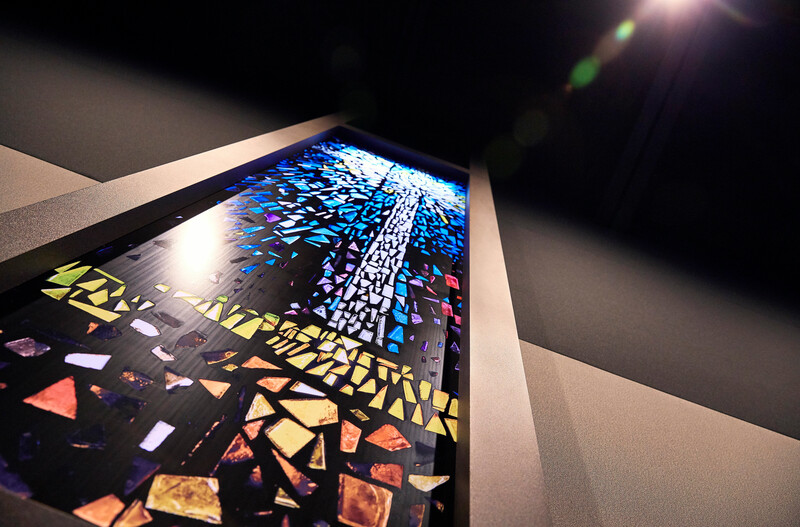 Adding color to the stage, are 18 COLORdash Par Quad 18 fixtures. Hung on one 40-foot mid-stage truss and one 30-foot upstage truss, these compact RGBA par-style units are used to create evocative backlighting.

Other COLORdash Batten Quad 6 units play a different role at Cross Church away from the stage. They are placed inside custom-fabricated stained-glass window boxes on the walls of the room and are used to give them an inviting, colorful glow. “The room has no windows, so we put the stained glass there and used the COLORdash as a light source to make them pop,” said Dean.

The images on the windows were fabricated by Paragon using high definition photos from the original church campus. Glowing with the light from the COLORdash fixtures, they tell the story of the parent church. In so doing, they, like the shared videos, strengthen the connection between North Richland Hills Baptist and Cross Church, reminding everyone that even though it has two campuses, this is one church.