BRUSSELS – (For Immediate Release)  —  “This time, I wanted texts that stuck to the ribs,” Koen Wauters told an interviewer when discussing “Tweesprong”, the 13th Dutch- language LP recorded by Clouseau, the award-winning band that he and his brother Kris formed in the 1980s. True to these words, the brothers’ aptly entitled latest album holds nothing back, fearlessly exploring gritty, honest issues without apologies.

Luc Peumans and his team at Painting With Light have been lighting shows for Clouseau for 25 years, reflecting their evolving sound on stage with richly textured panoramas. Unfailingly moving in sync with the band, Peumans visually captures the essence of “Tweesprong” with a design that manages to be both bold (in keeping with the spirit of the songs), and inviting to celebrate Clouseau’s return to touring after the pandemic lockdown.

“We have been lighting Clouseau for some time, so there is a connection and understanding between us,” said Peumans. “There is a natural process to the creation of a design. For this show, we drew special inspiration from the tweesprong (“crossroads”) theme. The design is powerful, with strong scenic elements.” 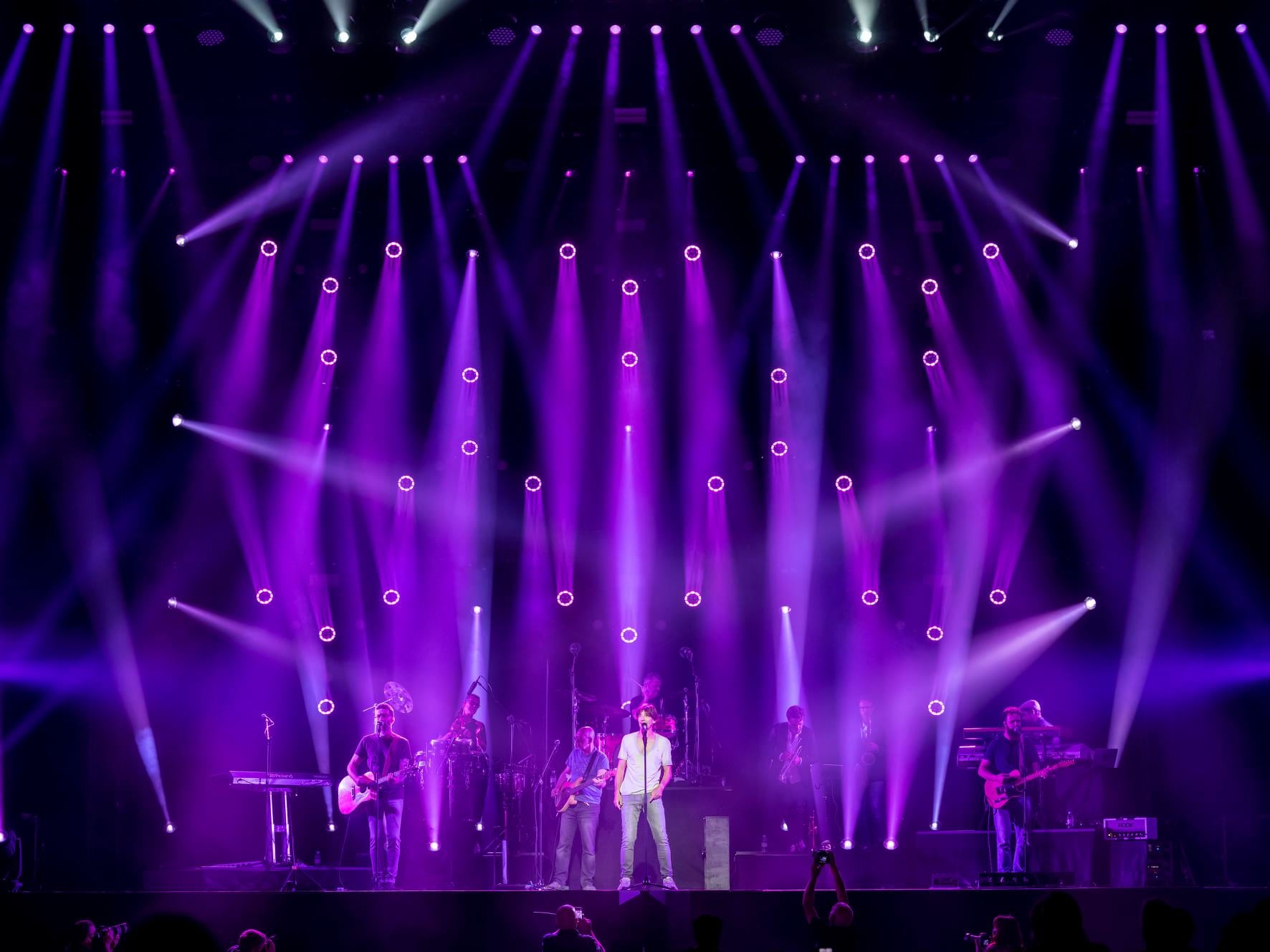 To achieve the looks he envisioned for his client’s return to touring, Peumans is using a kit anchored by a substantial collection of CHAUVET Professional fixtures supplied by Spendit. These luminaires include 28 Maverick MK1 Hybrid and 32 Maverick MK Pyxis fixtures, as well as 12 Rogue R2X Wash units, 30 STRIKE P38 blinders, and 82 linear strips (58 EPIX Strip Tour 100s and 24 EPIX Strip Tour 50s).

“This show was originally designed before the pandemic,” said Peumans. “We had two concerts before everything shut down. Now we are back, doing mainly outdoor festivals, but with smaller crowds because of safety protocols. There are also smaller crews. Splendit did great work creating tour-friendly systems that are very easy to set up, but still allow us to deliver very intense shows.”

A key part of that system is a collection of eight Y-shaped structures. Arranged in an inverted U, the structures frame the drum riser and pull attention to the center of the stage. Each of these structures is made with EPIX strips, and each has Maverick MK Pyxis fixtures position at the three ends of its Y. 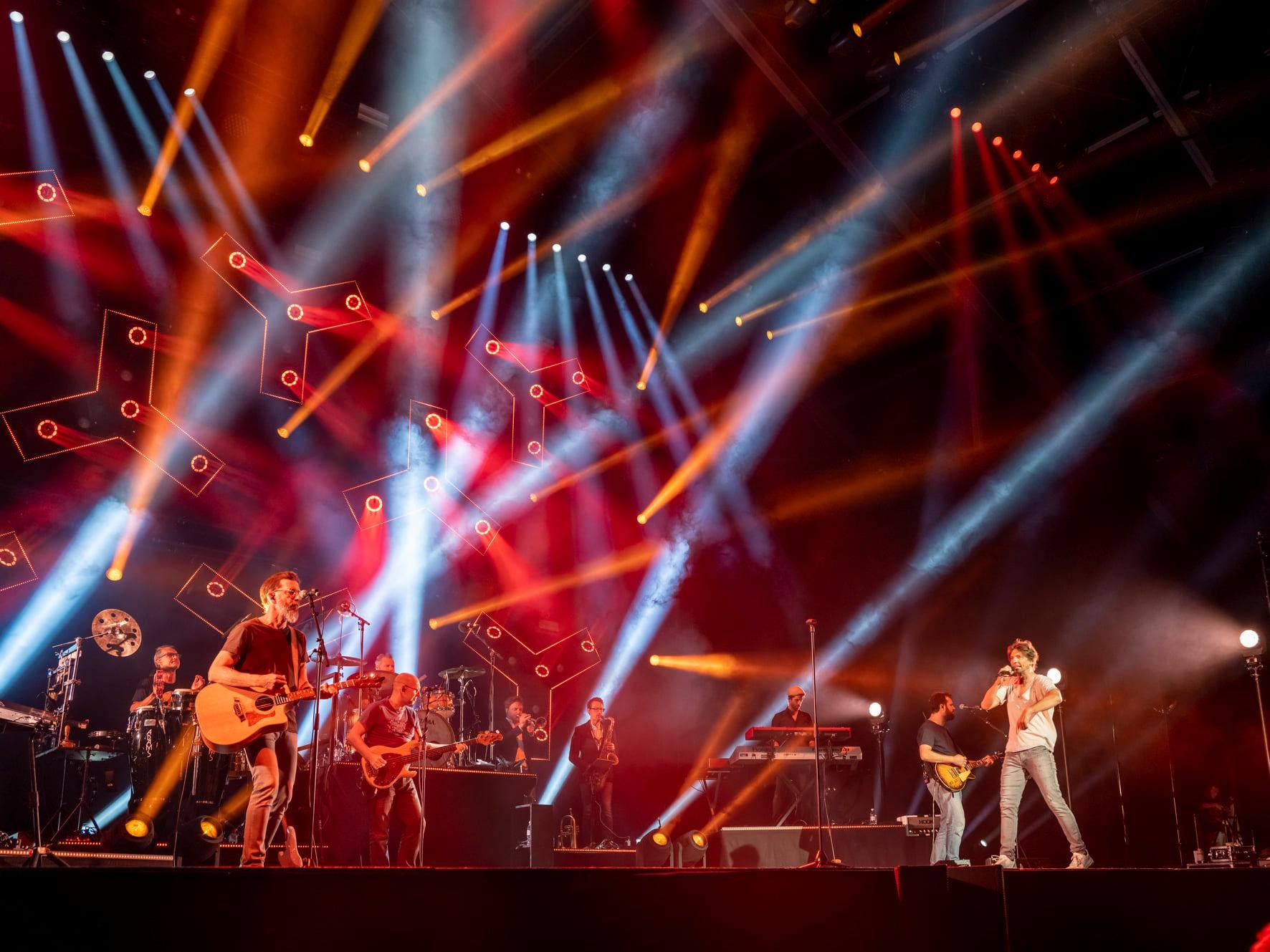 Utilizing the continuous pan and tilt movement and individually controlled RGBW pixel rings of the Pyxis fixtures, Peumans relies on the fixtures to create a dazzling variety of looks. “This is the first time I used these fixtures,” he said. “I am very pleased with the interesting variety of looks they gave us.”

Peumans has added even more variety to the show by altering the way the EPIX strips are used, sometimes replacing the Y-shape and revealing them as simple straight lines. At other times, he has the strips turned off completely and has the Maverick Pyxis units wash the stage with vivid colors from their center wash LED, whilst the outer rim of pixels creates mesmerizing looks.

Complementing the light from the central Pyxis and EPIX units are the aerial and sweeping lights from the Maverick MK1 Hybrids, which are hung on overhead truss and arranged along the stage deck.  With their bright and bold crossing patterns, the 440W hybrid units provide a captivating contrast to the softer light from the washes. They also engage the audiences with well-timed crowd lighting. 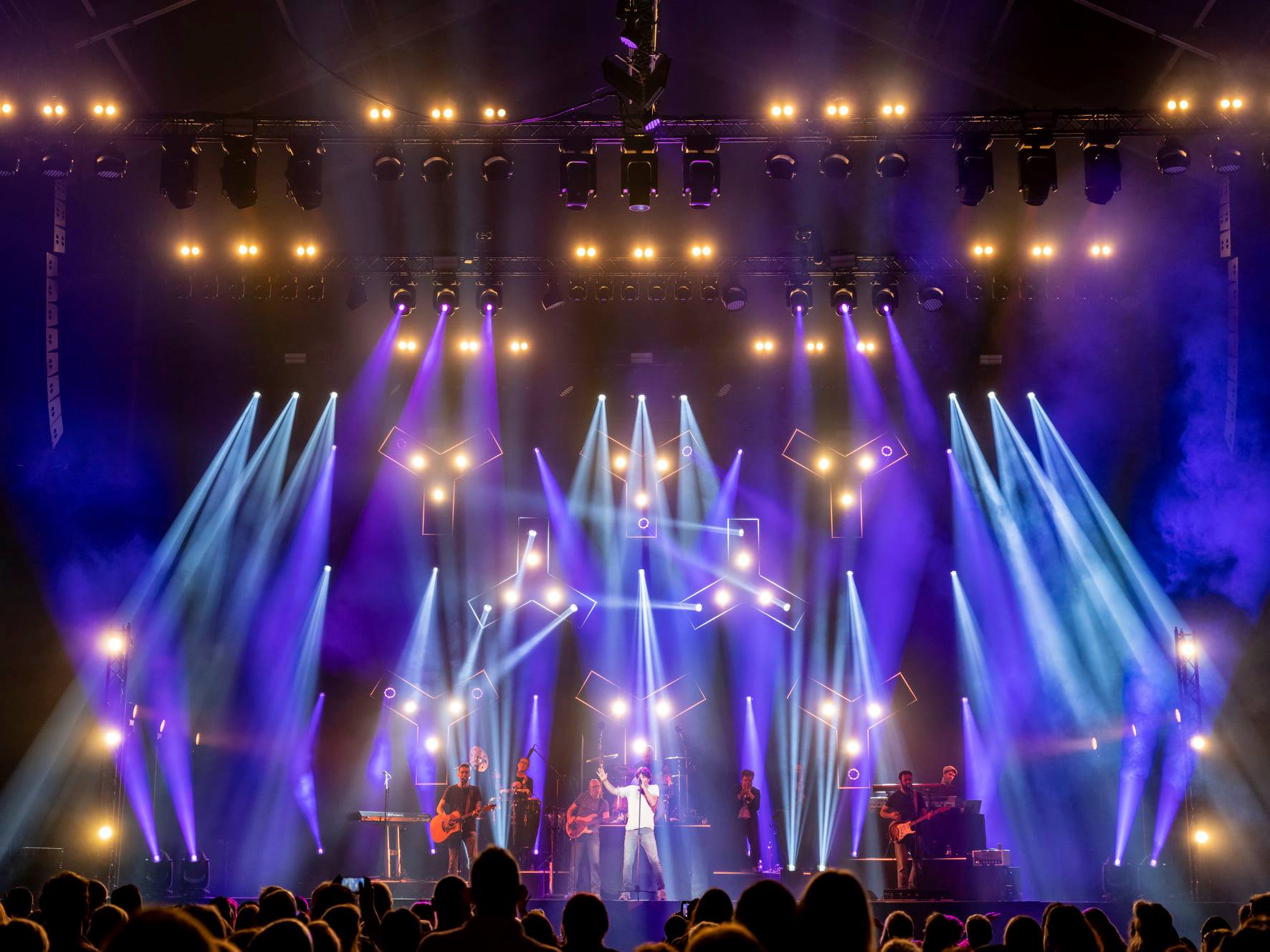 There are no video walls in the Clouseau show. Instead, Peumans is relying on a wall of light from his STRIKE P38 fixtures. In addition to delivering a big, bold background, the 90W warm white blinders create plenty of opportunities to silhouette the performers.

“This is a very dynamic rock and roll show,” said Peumans. “We didn’t want a video wall, because we wanted intense backlighting to define the show. This is more reflective of the spirit of what this was all about.”

Clouseau fans who turn out for “Tweesprong” after a long, cold lockdown understand that sentiment completely.