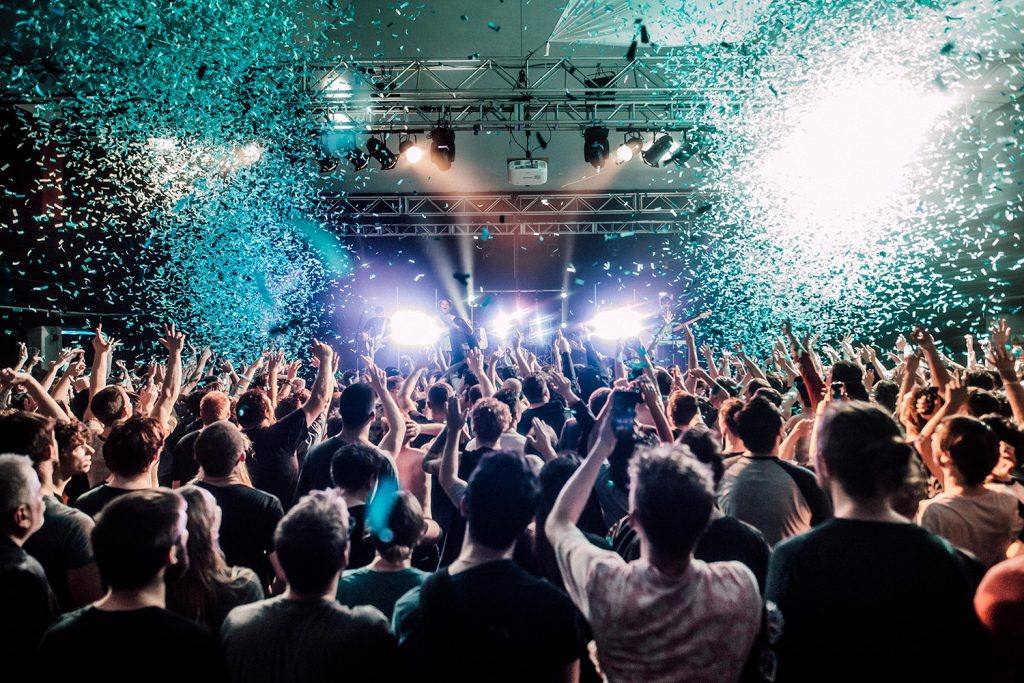 LONDON – After bursting onto the scene in 2007 with their debut album Take to the Skies, Enter Shikari established a stellar reputation as a trendsetter as a result of their genre defining “Trancecore” songs. Supporting their unique blend of music, and earning them a passionately dedicated international following in the process, is the band’s fiery stage presence.

When the band began planning its current tour, its manager Keith Reynolds asked Matthew Knowles to create a lighting design that would not only support their multi-dimensional sound, but would also contribute to their stage presence with a classic but edgy look. Knowles, who is with 10 Out Of 10 Productions, succeeded in doing just that, designing a show that paid homage to traditional stadium lighting while also projecting a somewhat disruptive sense of contemporary energy. Aiding him in this endeavor were eight STRIKE P38 and two Maverick MK1 Spot fixtures from CHAUVET Professional.

“The band wanted to go for a classic stadium look, which meant a lot of backlighting with lots of haze to create moody and dark atmosphere,” commented Knowles. “At the same time, the solution needed to be flexible and versatile. The Chauvet fixtures checked all of the boxes in the end.”

After some pre-tour testing, Knowles was convinced that the STRIKE P38 had the flexibility to provide the wide variety of key looks needed to capture the flavor of the band. With their audience blinder and strobe capabilities, the 90W LED fixtures provided energetic looks to elevate the band’s performance.

“Among the things I really like about the STRIKE fixtures is their fantastic tungsten emulating red shift,” said Knowles. “This allowed me to fulfill one of the band’s requests to inject some classic tungsten moods into the picture. In addition to the tungsten effect, I was able to exploit the fixture’s strobe and blinding effects for visual energy.”

Working in contrast to the STRIKE fixtures were the Maverick MK1 Spots. The 350W fixture has a 5:1 zoom and a multitude of control options, placing a wide range of creative options at Knowles’ disposal.

“The MK1 Spots gave me the ability to throw concentrated light through the band and into the crowd,” commented Knowles. “This gave the stage an extra layer of depth and the illusion of a more three-dimensional setup, which in turn served to accentuate the band’s presence.”

What’s more, thanks to the Maverick’s CMY color mixing capabilities, Knowles was also able to flood the stage with a multitude of vivacious hues to create atmosphere.

“The Spots are extraordinarily punchy,” he said. “I love the reds and the blues. The saturated colors provided me with a cool instrument to create contrast to the tungsten effects of the STRIKEs.”

With the strict tour schedule bringing with it a number of time constraints and physical challenges for the crew, Knowles depended on the reliability, as well as the flexibility, of his fixtures. Thanks to the compact and relatively small footprint of both the STRIKE and Maverick fixtures, they could be seamlessly incorporated into the tour rig, resulting in a stage that blended the traditional and contemporary into a timeless look.